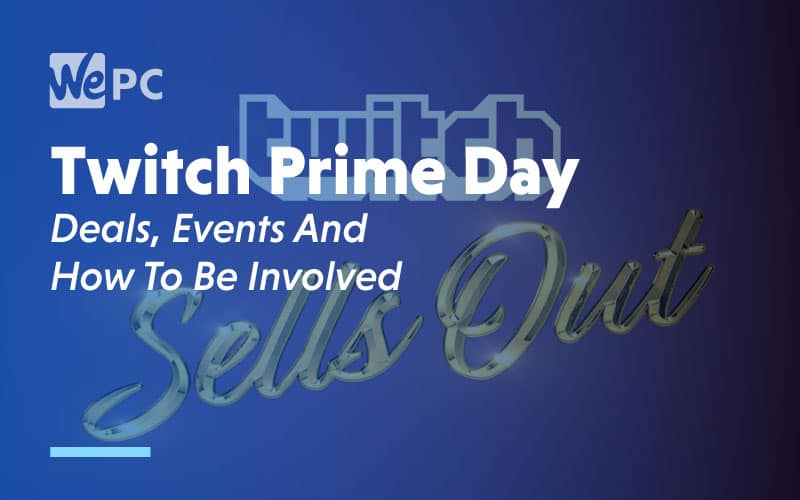 You’ve probably heard of Amazon Prime Day before. This annual event just gets bigger year after year and will soon be rivaling Black Friday in terms of the savings and deals you can get your hands on.

Well, Amazon Prime Day 2019 is set to be bigger than ever. They’re holding concerts featuring artists like Taylor Swift and Dua Lipa, extending the length of the event to a whopping 48 hours and most importantly for us gamers; they’re getting their online streaming platform Twitch in on the action.

So, let’s take a look at how everyone’s favorite streaming site is celebrating Twitch Prime Day 2019.

First and foremost, Twitch is for gamers. While it may have expanded in the kind of shows available in recent years, at its core, it’s all about esports. That’s why they’re holding their own esports tournaments this year with events for both Apex Legends and EA Sports.

The day begins with EA Sports starting at 10 AM PT, where teams of sports personalities and celebrities will compete in London for the crown. The event will be hosted by well-known streamer Castro1021 and will feature teams of four going against each other in 2 v 2 matches. The teams will be captained by a celebrity and will feature a streamer and two further well-known faces from celebrity or sports.

Following on will be the Apex Legends tournament which kicks off at 2 PM PT over in Las Vegas and will be hosted by streamer TimTheTatMan. The event will kick off with a streamer challenge featuring eight Twitch streamers who will compete to see who progresses onto the main event which begins at 4.30 PM PT and the finals taking place at 7 PM PT.

Both these events will feature special guest appearances and live music and are set to be great experiences all around. You can watch both of them live at Twitch.tv/twitchprime .

If you’re an Amazon Prime member, then you’re automatically a Twitch Prime member too. This means that you’ll have access to exclusive in-game loot throughout Prime Day which won’t be available to non-members.

Not an Amazon Prime member yet? Sign up for your free trial today!

These kinds of exclusives include things like skins, loot drops, and monthly rewards programs. Even though they’re rolling out the red carpet for Prime Day, as long as you’re a Twitch Prime member, these loot drops keep coming month after month. So, if you sign up for Prime Day, don’t cancel right away – you’ll be missing out on some amazing in-game content.

Of course, Prime Day is all about the deals. And, the same is definitely true for PC and gaming products. We can expect to see deals across the board on components, peripherals, consoles, and games. And, with Amazon slashing prices left, right, and center throughout the day we’ll be keeping our eyes on our screens.

Don’t forget the lightning deals either. These deals usually offer even bigger discounts on top products, but they only offer a limited number of products and only for a limited time. These will be the best deals of the event, most likely, so make sure to turn on alerts for the products you really want.

The best way to find the most tempting deals on Twitch Prime Day though is through Twitch’s very own shopping channel-style live stream over on twitch.tv/TwitchPresents. This special event has been dubbed “Twitch Sells out” and claims to found the best deals for the Twitch community and pooled them all into one handy place. There will be two 12-hour broadcasts running from 10 AM – 10 PM PT on both July 15th and 16th to coincide with Prime Day itself. The live stream will be hosted by a collection of well-loved Twitch streamers including big names like pokimane and Ava_GG among many, many more. They’re also promising to highlight some of Amazon’s more “unique” deals that will be popping up throughout the day, so make sure to head on over to the live stream so you don’t miss out.