The new V Rising update improves upon the performance of the game. 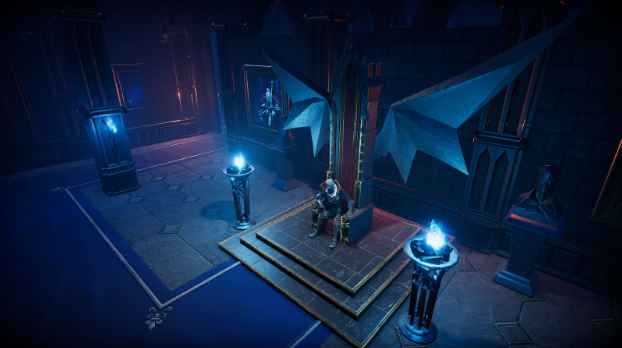 V Rising received a major update on May 25 and the developers are following up with another update to iron out the chinks in the game’s performance. The launch of the game has been very successful with Stunlock Studios offering a near-complete experience already and the game selling over 1 million units within weeks of its release. The new update acknowledged the response by players and the developers have said that it will deliver on all its promises.

The new update added Texture Quality to Graphics Options, which can greatly reduce texture memory usage. The game automatically tried to offer the best graphics experience possible prior to the latest update, which made some older PCs struggle but the new change ensures that anyone that meets the minimum system requirements can truly enjoy the experience Stunlock Studios has to offer. An FPS limit option has also been added to the game to ensure your system does not over-commit resources to the game and make you lose out on performance.

The previous update added LAN Mode, which allowed players to play V Rising without an internet connection. Players can activate this mode within the host game screen and when starting up the server. LAN Mode can be played solo or with friends on the same local network. Improvements have been made to the LAN mode to ensure it works consistently and new server options have been added to the game to ensure players have a smooth experience.

The new update fixed an issue that caused performance drops when hitting Night Marshal Styx the Sunderer with specific abilities like Mirror Strike. A lot of players had complained about the issue after the previous update and hotfix 0.5.41591 has addressed the issue for good. The fixes have been applied automatically and you should experience the changes the next time you log into the game.

The new V Rising update improves upon the performance of the game and you should see noticeable results after updating to the latest patch. Some bugs have also been fixed and performance has been improved on all platforms. If you want to view the official patch notes, you can check them out here. If you want to check out our Merciless Nightstalker armor and weapons guide in order to become as strong as possible, you can view our detailed breakdown of the build here.