Fnatic is a professional esports organization that is probably most well-known for its hugely successful CS:GO team – a team that has been lurking in the top 10 global CS:GO rankings for well over 5 years now. Thanks to their global success across a plethora of different competitive esports titles, Fnatic eventually decided it was time to release a bunch of gaming peripherals geared towards players looking to take their competitive gaming to the next level.

The organization decided to release a complete line of gaming peripherals – all of which have been reviewed by our team – including a high-performance gaming mouse pad they called the Fnatic Dash. Today we’ll be putting the Fnatic Dash mouse pad through its paces to see how it stacks up against some of the markets leading contenders.

So, without further ado, let’s dive straight into it! 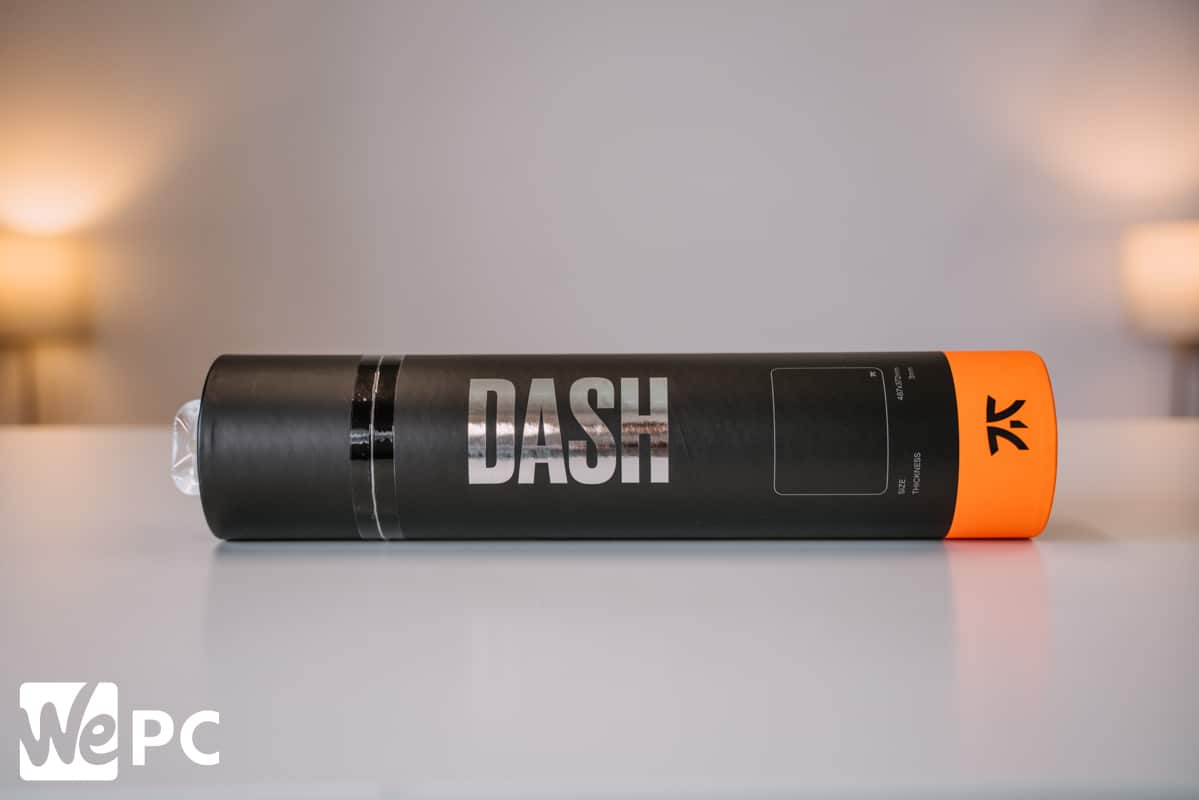 Below we have outlined the main specifications of the Fnatic Dash Mouse Pad.

Inside the Fnatic Dash mouse pad box, we see:

When we’re talking about mousepads, the design has to be the most discussed aspect. The design of a mouse pad can pretty much make or break it as far as global sales are concerned – so manufacturers need to get it right. Some mouse pads offer quite slow, extremely accurate surfaces, whereas others might have a harder surface for faster reflexes are speed. 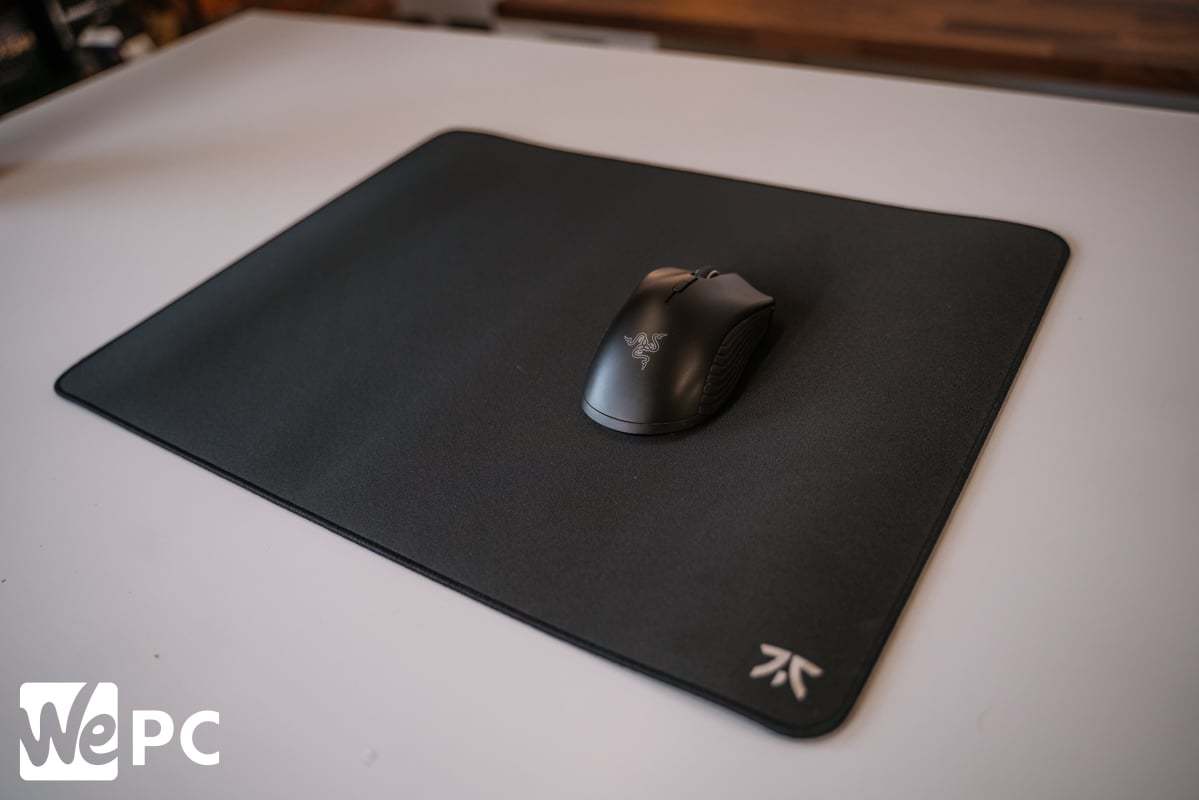 That being said, let’s take an in-depth look at the design of this mouse pad to see what it has to offer.

Let’s kick start things by jumping straight into the surface.

Fnatic has implemented a hybrid textured surface on the Dash that they call the F15 – I know, very aircraft-esq. The F15 is a “best of both worlds” texture that offers the speed of a hard pad combined with the accuracy of a soft pad, bringing a sort of controversial feeling to the gaming table. Whilst Fnatic isn’t the first company to try and create the perfect mix between the two mouse pad styles, they are certainly up there with the best to attempt this feat.

The surface looks extremely premium and could even be mistaken as a micro-fiber cloth from afar. The large version (which are we are testing) measures in at a healthy 490 x 370mm – giving gamers with lower sensitivities plenty of space to maneuver the mouse. Having said that, this pad does come in an XL desk-filler version that sits at 950 x 500mm – large enough to seat your keyboard, mouse, and monitor.

As this pad was designed by professional esports players, you won’t be surprised to hear that there is no smaller version available. Most of today’s top elites use what is considered extremely low mouse sensitivity. This allows them to be much more accurate when making small/micro-adjustments but doesn’t require a large space for general movements and play.

There is a small metallic Fnatic logo in the bottom right-hand corner of this pad that sets it off nicely. The logo is on the shiny side, but shouldn’t deter anyone from purchasing this pad.

Next up, we have the edge. The edge is possibly the second most important aspect of a gaming mouse pad, mainly because if not done properly, it can cause a lot of abrasion and friction between itself and the cable. With that in mind, the Fnatic Dash mouse pad uses only the finest micro-knit stitching for the edge to ensure longevity and gaming performance is not impacted. 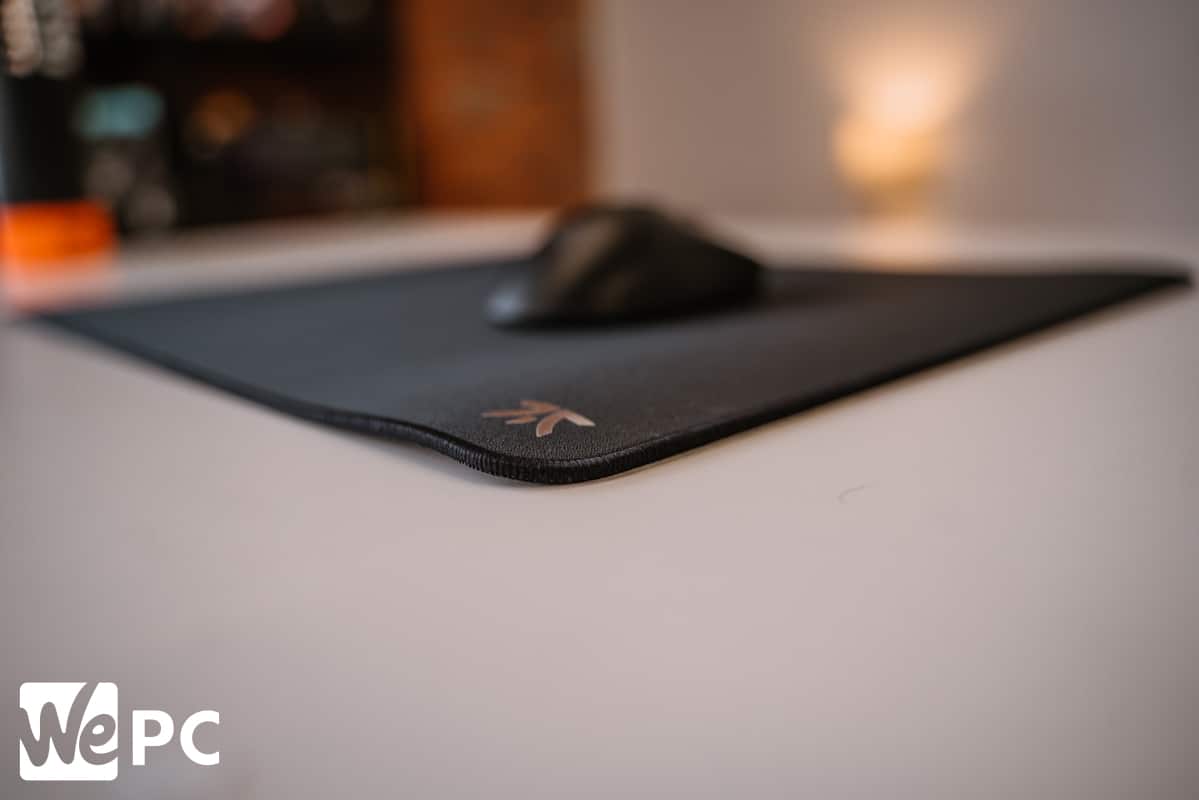 The tightly woven micro-knit stitch is one of the best we’ve seen, especially when you consider this has a rubber base. The stitching provides little to no friction on your mouse cable, almost zero irritation on the wrist/forearm, and actually gives the design of this mouse pad a real aesthetic boost.

Alongside its premium feel and looks, it also offers an anti-fray design that is high on the durability list when comparing to other mouse pads.

The underside of a mouse pad is an area that is somewhat overlooked by most gamers today, but it shouldn’t be.

The Fnatic Dash mouse pad offers a grippy, textured underside made from natural rubber, meaning you won’t need to readjust this thing every 5 minutes (which is really annoying to do). Fnatic has used their proprietary heat-adhesive application when designing this mouse pad, allowing the surface to adhere to the natural rubber. Plus, it allows users to roll this pad up without physically damaging the fabric or integrity of its design.

Fnatic has described the high-density rubber underside as super stable – and it’s hard to argue with them.

The first thing I’ll say about the performance is, this mouse pad isn’t going to suit everyone’s setup. It is much faster than other mouse pads on the market, including the likes of Steelseries QCK and the ASUS Rog Sheath. However, they haven’t branded this as a control pad, so it’s no big deal.

I decided to take it for a spin in a couple of FPS shooters because, as we all know, tracking, aim, and control doesn’t really matter in any other title – excluding third-person battle royales. I started by loading up CS:GO, my go-to game when to peripheral testing. I could feel the difference in speed immediately. It wasn’t as aggressive as a full hard-style pad, but it was certainly a lot quicker than my QCK. 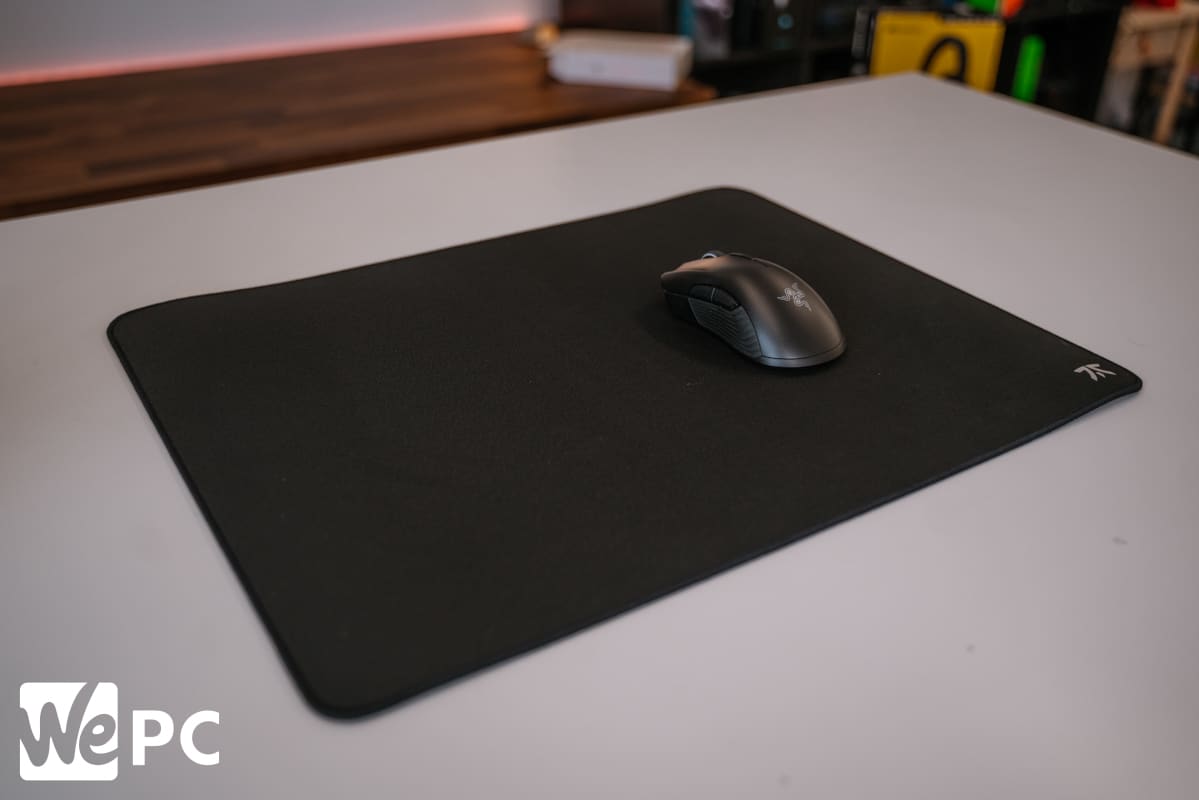 Having said that, uncharacteristically of a harder pad, the Dash actually had good stopping speed, allowing me to control sprays and micro-adjust when needed. It’s a weird feeling because at first, you think you’re aim is going to be bananas. However, that isn’t the case. It almost gives you the sensation of having two sensitivities at once – but not in an off-putting way. You have the ability to quickly flick around 180 degrees, whilst being able to slowly track corners and angles with great precision. I was impressed, to say the least.

Whilst I usually make use of a mouse bungee, for the testing of this mouse pad I decided against it. Thankfully, I experience little to no obvious abrasion or friction caused by the cable (braided design) running on the edge of the pad. My forearm was in contact with the mouse pad at times but didn’t experience any discomfort or irritation whilst doing so.  As far as stability was concerned, this thing felt absolutely rock solid – no joke. I use a glass desk and the Dash just sat there, hunkering down and showing no movement during the entirety of my testing process. I used regular and irregular movements to see if I could get it to move, with no success.

Overall, I was extremely pleased with the way this mouse pad performed. Having said that, it still won’t suit everyone’s specific requirements. For me, it felt pretty damn good. Bear in mind that I have only been using this for a couple of days now. So, understanding whether this surface is benefitting my game is yet to be established. But so far, so good.

Let’s take another brief look at the main features this mouse pad comes equipped with:

So, there you have it guys, our comprehensive guide to the Fnatic Dash mouse pad. I’ll be honest, before I tried out this mouse pad I didn’t think I’d enjoy it very much at all, as I’m the sort of person that plays a lot of FPS games where your aim can literally decide whether or not you win or lose. Plus, I’m very picky when it comes to peripherals, especially the mouse and mouse pad.

However, I think this mouse pad won me over pretty quickly, and if you are looking into entering the professional gaming circuit (or just want to improve your at-home play) on FPS titles, then this could well be the two in one gaming mouse pad for you. 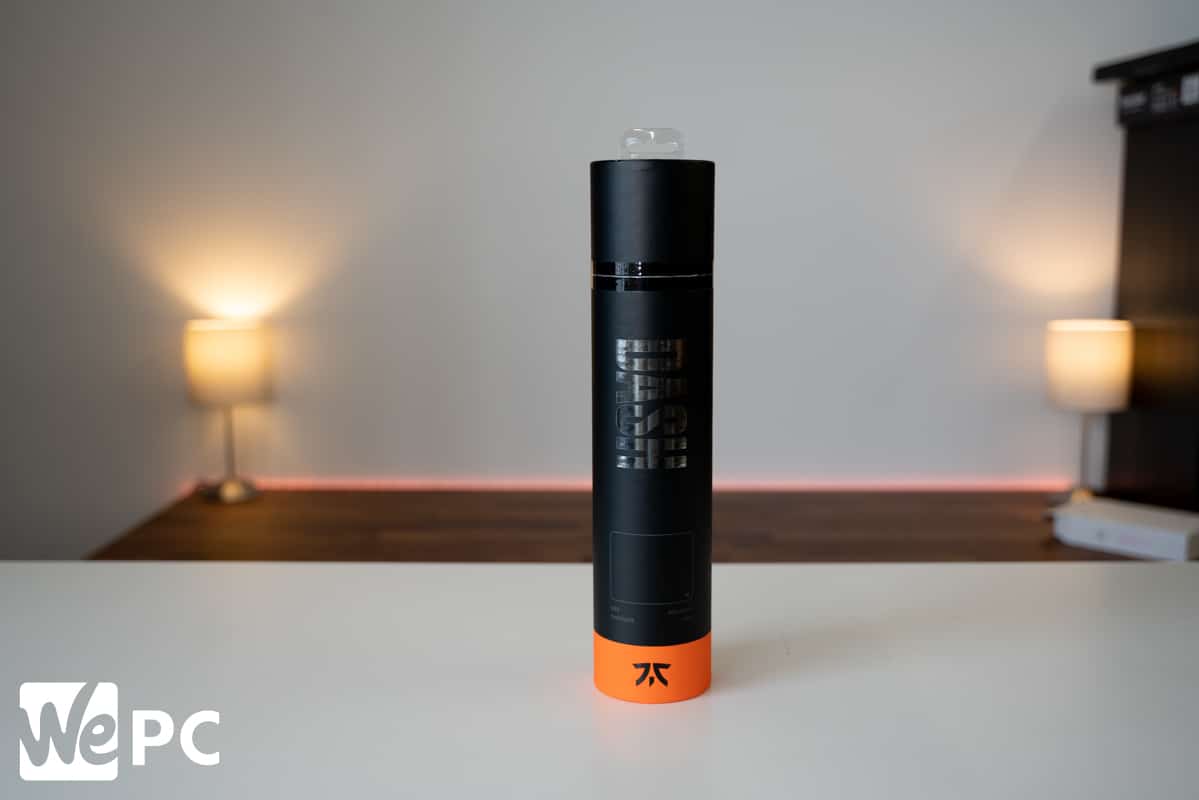 You could easily forgive a brand like Fnatic for designing a basic cloth pad and stick their brand logo’s all over it. However, that isn’t what they’ve opted to do. They’ve clearly taken some real-time trying to create a mouse pad that is going to impact the competitive gaming scene. Trying to bring the pros of both a hard and cloth pad to the table is so no easy feat. However, I feel they’ve done a pretty damn good job.

Ultimately, this isn’t the perfect mouse pad by any means. However, it is certainly one of the best in its niche, offering great speed and control to your gaming experience. You can pick up your own Dash Mouse Pad right here.

The SteelSeries Arctis 5’s are a mid-range gaming headset that offers far better audio, comfort, and aesthetics than its price tag would suggest 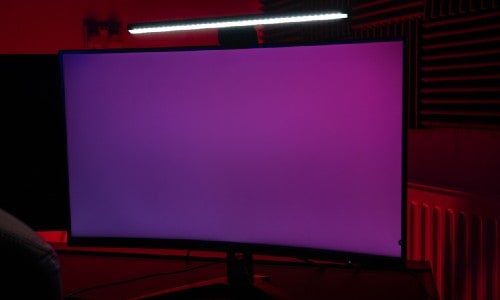 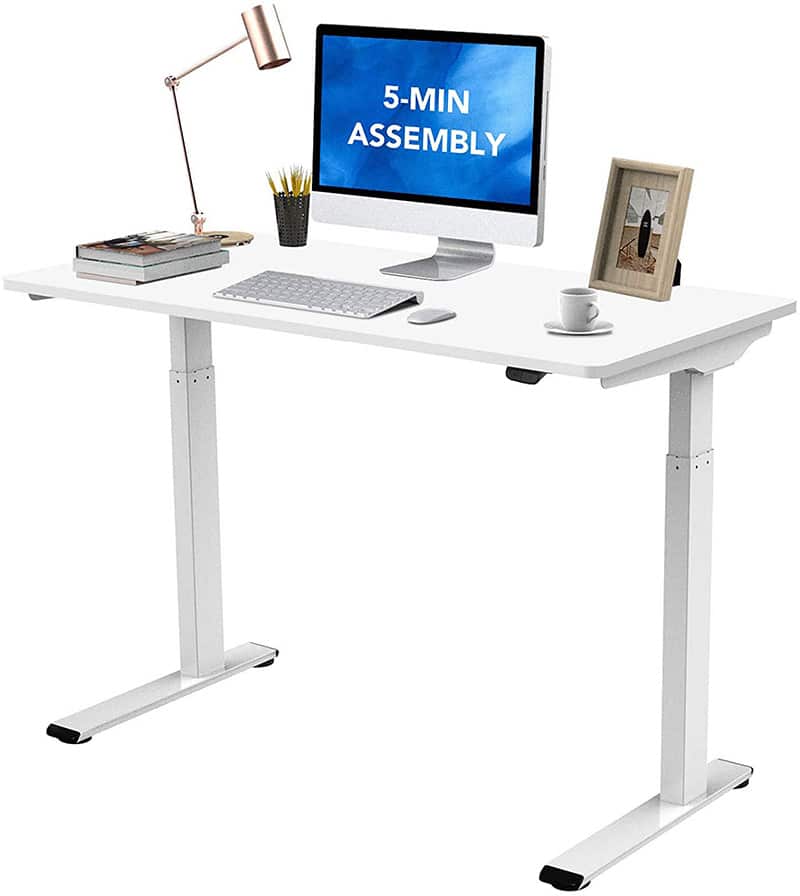 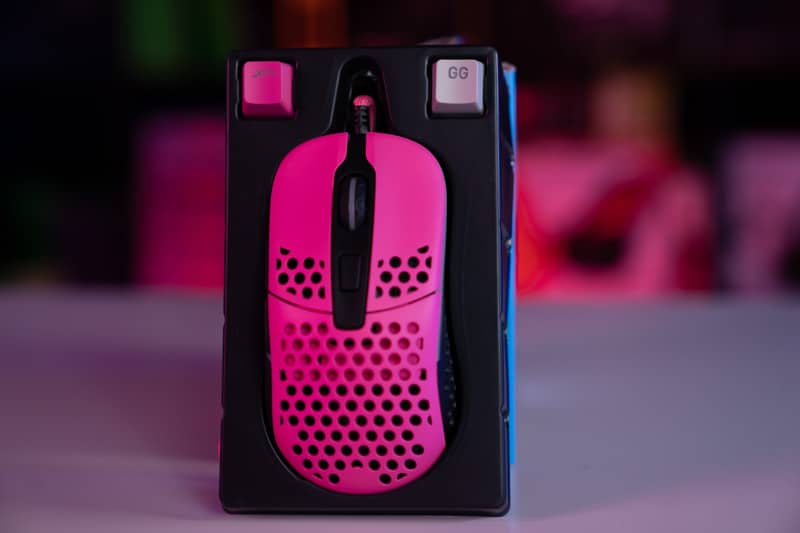 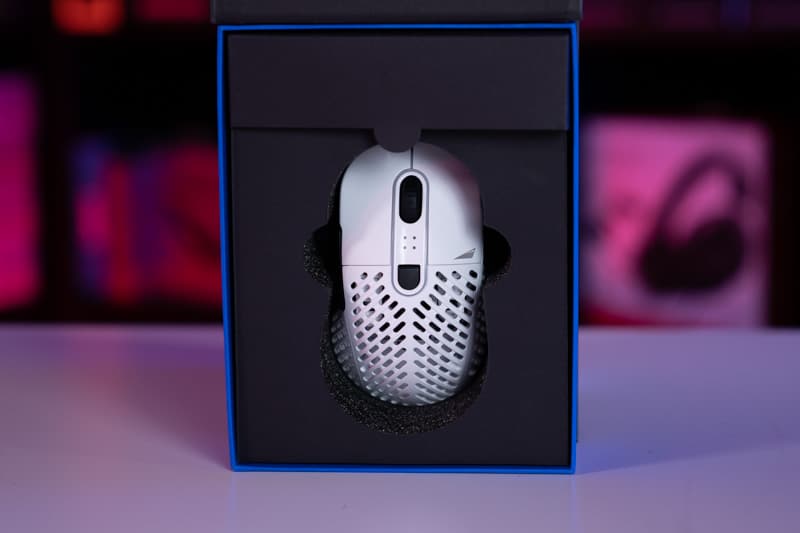