If you’ve managed to narrow your choice of CPU down to an Intel Core processor, then congratulations, you’ve taken the first step in upgrading your gaming setup!

But there’s still a way to go, as now you have to decide which Intel Core processor is best suited to you and your gaming needs.

Comparing the different statistics and specifications of the Intel Core i9-10850K and the i9-10900K can be a difficult task, especially if you’re not already well-versed in computer technology.

The different terminology used means that even the most experienced gamer might have trouble getting a clear idea of the differences between these two processors.

Luckily for you, we’ve already done the hard part and carried out extensive research into what separates the Intel Core i9-10850K and 10900K processors from each other. 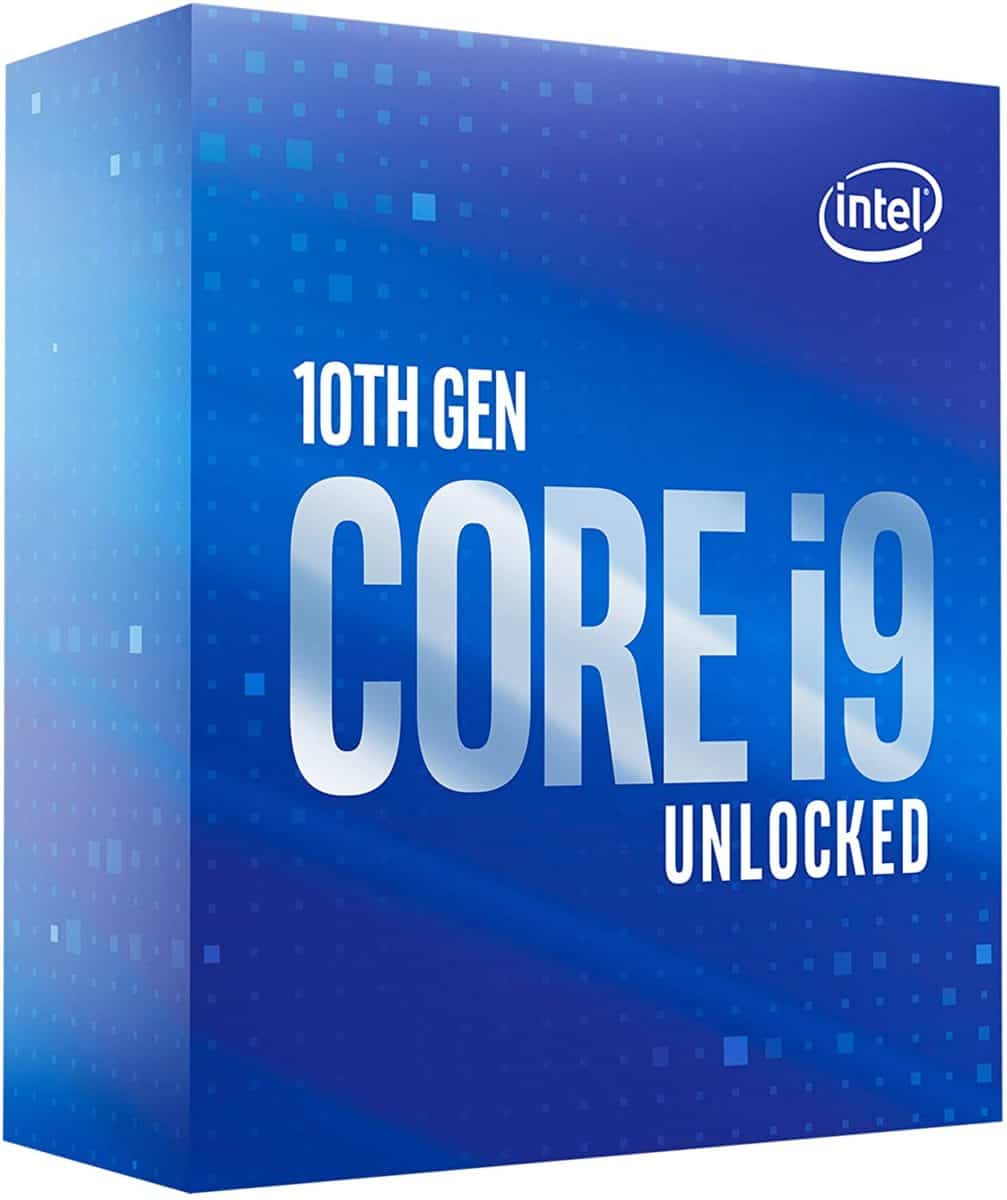 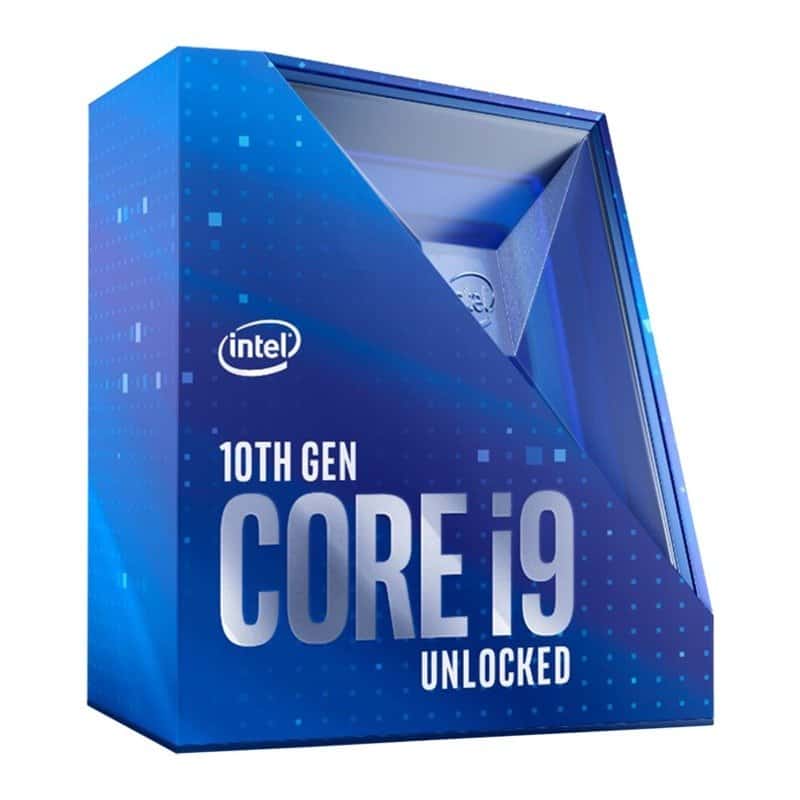 A fantastic CPU for gaming

Provides the smoothest of game play, regardless of setting or resolution

They’re closely related in many ways, but there are a couple of key features that differentiate the two.

Keep reading to find out more about what we learned.

The Intel Core i9 range is Intel’s most recently developed line of CPUs, and they have hugely improved upon their preceding i5 and i7 processors.

Before we begin to break it down any further, we’ve put together a side-by-side comparison of the specifications so you can see what both the i9-10850K and i9-10900K have to offer.

As you can clearly see from the above table, there are huge similarities between both processors, and they have nearly identical specs. The only real difference is the slightly improved base clock speed and TVB clock speed of the 10900K.

Don’t panic if you don’t know what some of these terms or abbreviations stand for! We’ll provide clear explanations throughout this article, so by the end of it; you’ll be armed with all the knowledge you need to decide which of these two core processors is the best for your current gaming setup.

To help you understand a little more about both of these Intel Core processors beyond the specs we’ve already provided, we’ve taken a further delve into the features they have to offer and compared their overall performance, price, and availability.

Cores are the processing units that make up a CPU, and these contain the ALU, control unit, and registers. If you’re planning on running several applications at once, you’ll want a processor with high core power. The more cores you have, the more equipped your CPU will be at multitasking, therefore the more applications you can run.

They might be virtual, but threads are just as important as cores when it comes to CPUs as these are what prevent your processor from running under too much strain, as this can lead to overheating or damage.

The i9-10850K and i9-10900K both benefit from being constructed with Hyper-Thread Technology at their core. They each have 10 cores and 20 threads which is ideal for gamers, as this means you can run multiple applications at once.

Memory is hugely important when it comes to gaming, therefore so is the available cache size of your CPU. We don’t just mean memory in terms of being able to save your latest progress in the game you’re playing, however, as cache size also refers to the storage of the data that is most often used, so it can keep up with repeated commands more efficiently.

Usually, this would be a useful way to differentiate two different types of CPU which would help in your decision, but the i9-10850K and i9-10900K both offer 20MB of LP3 cache. This is an improvement on the i7-10700K’s 16MB or the 12MB the 10600K has to offer, which means you can enjoy smoother multitasking and faster performance.

So far, it’s neck and neck, but this next feature is where things start to get more interesting.

When it comes to gaming, 3.5GHz is the minimum you should aim for. Any less and you may find that your CPU doesn’t run as smoothly or that there are lags in your gameplay.

Also referred to as clock rate, the clock speed dictates how quickly your CPU is able to run. It’s measured in either megahertz (MHz) or gigahertz (GHz), and it’s come a long way since previous versions of Intel Core CPUs.

At an initial glance, both of these Intel Core processors appear to have very similar clock speeds, but this is actually the main area in which these two processors differ.

The i9-10850K and i9-10900K are both unlocked, so you can utilize the overclocking controls to improve their performance tuning flexibility. This allows you to override the maximum clock speed default settings which will help to further speed up the running of your computer and thereby enhance the CPU performance.

However, keep in mind that overexerting your CPU can lead to difficulties and may potentially even corrupt your gaming data. Pushing a CPU too far beyond its capacity will also lead to a delay in response, and processing won’t be able to keep up with the rapid instructions.

Intel has developed microprocessor technology called Thermal Velocity Boost (TVB) which is designed to temporarily enhance CPU performance. This is in addition to the existing Turbo Boost Technology that all of their processors have.

Both the Intel Core i9-10900K and the i9-10850K are equipped with triple-threat boosting abilities, featuring Turbo Boost 2.0, Turbo Boost Max 3.0, and Thermal Velocity Boost. However, this is the second area in which these two Intel processors differ.

Where the maximum boost you can get from the i9-10850K is 5.2 GHz, you can squeeze an extra 100 MHz out of the i9-10900K. This leads to an increased clock frequency that is even faster than the standard all-core turbo boost.

Intel is looking to the future with its new generation of core processors, as the i9 series CPUs feature a new LGA 1200 Socket. For those who had no intention of upgrading their motherboard just yet, this could be frustrating as it’ll lead to more costs if you want either the i9-10850K or i9-10900K to be compatible with your setup.

However, your future self may thank you for being so forward-thinking as it does mean that you’ll be one step ahead of the game if more motherboards do end up changing to this type of socket, future-proofing your CPU now.

Along with all the other factors there are to consider, the actual performance of your CPU is going to play an important role in your decision. Ryzen CPUs may still hold the hearts of many gamers, but Intel Core’s recent developments make their CPUs a faster, more efficient option.

It’s evident to us that Intel has made huge improvements since the i5 era, and the i9 processors we’ve looked at are pretty equal in their capabilities.

The i9-10850K and i9-10900K offer an almost exact match in terms of performance, both providing excellent quality which makes them a great choice for gamers. Even at 720p, which is intended to optimize the CPU bottleneck, you’ll notice a mere 0.7% between them, and at higher resolutions, it’s even harder to spot the difference.

We tested both CPUs in 1080p for a range of games to see which came out on top in terms of gaming performance, and we have to admit that it was a pretty close call. There was some difference though, and in terms of speed, the Intel Core i9-10900K is 100 MHz faster than the i9-10850K therefore would be a better choice for anyone with more serious gaming requirements.

It’s worth noting that, although it’s generally considered better to have a higher number of cores and threads, most of the games that are currently available on the market only typically require 4 cores and 8 threads. When you consider this, it’s clear that both the i9-10850K and i9-10900K are going to perform well for even the most demanding gaming needs.

Intel has also been known to include an integrated graphics card with their premium range of CPUs, and both the i9-10850K and the i9-10900K benefit from this.

Whichever one you choose to go for, you’ll be impressed by the 350 MHz base frequency Intel UHD 360 Graphics capabilities including 4K compatibility.

Gaming parts aren’t cheap, and there are a lot of components to buy if you want to fully upgrade your PC, even more so if you’re building your own from scratch. For that reason, it’s important to consider what your priorities are and what budget you have for your CPU.

For example, if you think you’ll utilize the overclocking capabilities or TVBT, then you’ll want to spend a bit more on a top of the range cooling fan to prevent overheating, which means you may have less to spend on the actual CPU.

Considering that there’s such a small gap between the capabilities of these two processors, you might be surprised by the difference in price. They’re not at opposing ends of the CPU price range, but there’s more than a few dollars in it, so you might not be able to justify spending the extra cash on such a barely discernible difference in quality.

The 10850K is also more readily available than the 10900K, which has been slightly more difficult to get your hands on in the US due to a mix of high demand and low availability.

Keep in mind that third-party sellers will likely have inflated the price of the 10900K as a result, so you may end up paying more for this processor than it’s actually worth.

The i7 and i5 CPUs are much cheaper by comparison, but they have far less to offer with fewer cores and slower processing power.

So, which option should you go for? Although they are admittedly very similar to the untrained eye, we can’t deny that the Intel Core i9-10900K is an improved version of the 10850K processor, which it outperforms in terms of base clock speed. It’s therefore technically the better choice for gaming if you can afford to stretch your budget a little further.

With that being said, the decision of which is is best between the Intel Core i9-10850K and the i9-10900K ultimately depends on what you’re hoping to get out of your new processor.

Is your PC equipment going to be used exclusively for gaming purposes, or would you benefit from additional features in other areas of your PC? Are you looking to spend less on your CPU so you can go crazy when purchasing additional components for your PC rig?

If so, the i9-10850K is still an impressively high-quality CPU that is barely different from the 10900K but is a more budget-friendly option.

“World’s fastest gaming CPU” was the marketing campaign behind the launch of the i9-10900K, but after our research and testing, we believe that both this and the i9-10850K are worthy of this accolade.

Whilst there is still room for improvements, both of these processors would make a great choice for any gamer looking to upgrade their rig. 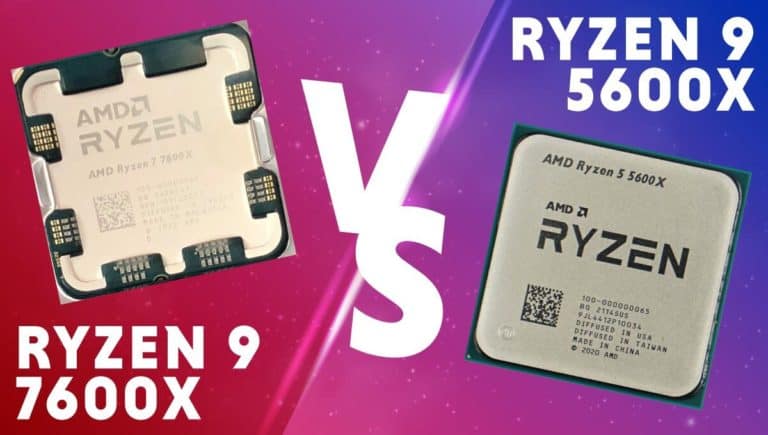 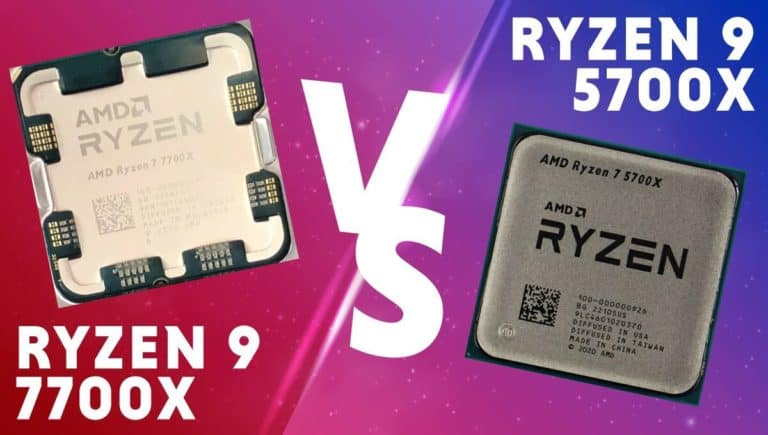