15 Steam Next Fest demos worth checking out in summer 2022

Here at 15 Steam Next Fest demos worth checking out. 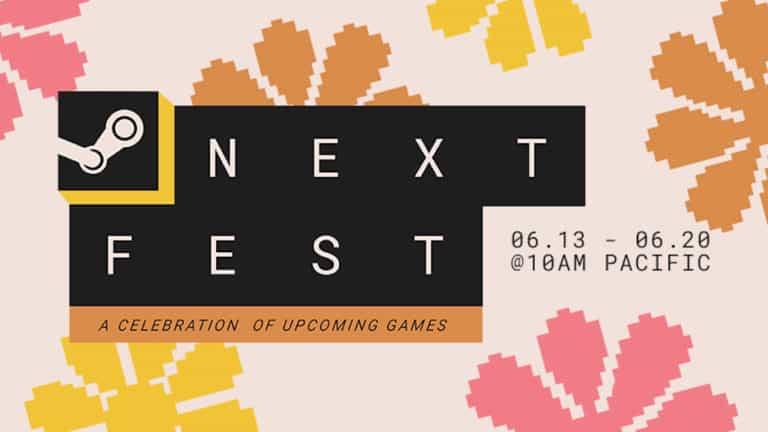 The gaming conference season might just be coming to an end, but, plenty of games just shown off now have demos to try out. If anyone found a recent indie game that seemed interesting, then chances are it is on the Steam Next Fest. The Steam Next Fest is a digital event on Steam, which gives players a small window of time to download demos and get to try upcoming games before they release. Since there’s a lot this time, we have decided to spotlight plenty of Steam Next Fest demos worthy of playing in summer 2022.

Steam Next Fest Demos Summer 2022: The ones we think you should try!

There are a lot of demos available in the Steam Next Fest demos showcase, however, we cannot list them all. So, we have tried to pick out plenty of demos from a  wide range of genres that feel great to play or have some interesting themes, features or something else that caught our eye. So, with that in mind, below is a list, along with a snippet of why you should play any of the below 15 Steam Next Fest demos.

1428 Shadows of Silesia caught our eye with its niche known period of the late middle ages. It is set in the era when the Papacy was losing its grasp over Europe, with the heretical groups springing up. This game is set in Silesia, an area which experienced heretics, with them getting enemies from the State and the Church.

In the game, you play as two characters, one on the Silesian and one on the side of Rome. Expect a mixture of stealth, hard-to-master combat, and puzzles that will keep you on your toes. The game has a 90s vibe to it, while still looking like a solid modern game with an interesting pilot. History and classic RPG lovers may love this little indie title.

There have been rumours that Goldeneye’s classic is due a remaster, but there’s been nothing concrete yet. But fear not those who long for that style of game, as a spiritual successor is inbound. Agent 64: Spies Never Die is fresh from its PC Gamer show reveal, and offers players as close to the original Goldeneye as you’ll get. It has the level design, aesthetic, movement, and gunplay, all of which made Goldeneye famous. If you need to scratch that itch, then this Steam Next Fest demo may just do that for you.

Cult of the Lamb

Cult of the Lamb is a disturbing action roguelite dungeon crawling game, where you take on the role of a possessed lamb. It is your job to venture into these dungeons, collect resources and build a cult your newfound overlord. It’s a nice blend of the dungeons you get from Roguelike classics, while also offering a new spin on the meta progressions system that the likes of Hades got right, albeit with base building added. All in all, it looks like a refreshing take on the genre, one of which fans have been waiting for since the opening night of Gamescom last year.

Escape Academy is a standard escape the room game, taking the features that worked in the classic room puzzle games into something new. There are lots of themed levels, with padlocks to crack, things to find and room to rearrange to escape. Moreso, you can play the game in coop, so it’s like going to an escape room in your local city, except on your PC.

Coop survival games are something of a guilty pleasure of mine. Having tried it out, I’m glad to say it lives up to the expectations. Picture a beautiful world that feels as fluid and looks as pretty as Genshin Impact, but behaves more like Conan Exiles. There’s lots of exploring, base building, and coop stories to embark on, along with levels to get so you can specialise and make your own class build. Right now, you only get a preview of the story and some aspects of base building, but there’s going to be a PvP server for those who want the Rust feeling too. There’s also a third game mode too, but that will only be revealed closer to launch.

Imagine a cursed victorian manor in the style of the old Resident Evil games, with added stealth that resembles Amnesia. That’s Gloomwood. Yet, it has the modern open-world design, allowing you to explore rooftops, and streets, or find hidden passages to navigate, resembling a classic thief game. As for the game itself, you are tasked with trying to lift the curse of this victorian town while using whatever you can to handle it. There are some guns with limited supplies you’ll need to find, along with an inventory management system as you make your way through the game.

Hard West 2 is one of the most casual-friendly XCOM-like games we have encountered in recent years. The game takes you through the Wild West; however, it has supernatural elements on it. In addition, you get characters that form your posse, each with their one separate unique character skills. There are also some new spins on the genre, such as deflecting bullets and more. All in all, it is a nice RPG meets XCOM game, and we have a Hard West 2 preview if you want more detail.

Remember those games where you ran your own dungeon? Well, Horror Tycoon is that. You are tasked with making this abandoned barnyard into a horror house, albeit with the aim to scare the guests that much they forfeit their souls. Build your attraction the best you can and make it scary. As every wave of visitors arrives, they become harder to scare, and the devil you made a bargain with will demand more souls. The aim of the game is essentially similar to the theme park or zoo maker games, except with a greater emphasis on strategy and adaptability before you eventually fail.

You’ve probably seen this one on social media, and there’s a good reason for that. Metal Hellsinger brings metal rhythm games of a doom-like FPS game. Match your kills, headshots and ability to dodge attacks with the rhythm to get more points. It has all the excellence of a Doom game, while having that crazy skill ceiling and excitement when you get a good spree of perfect hits and more going. There’s also a friend and global leaderboard, which makes it even more fun to go back and beat your scores as a good rhythm game should. We recommend trying to and finding out for yourself.

Oddworld is a known franchise, with its action-adventure gameplay known to many. Those in love with the franchise can get to play the latest game launching in a few weeks a little early thanks to its demo. If you’re unsure about the new game, the demo is a prime opportunity to get an idea of what to expect. Meanwhile, those who never played the series before finally have a way to see what the fuss is about.

Did you ever want to play Rust, except with castle sieges like you can get in games like Mount and Blade? Well, the opportunity is there with Renown. Renown is still a work in progress, but the demo gives you an insight into what the castle building and the pvp servers will be like when launch comes.

Fun Fact: This game won a small grant during the OTK Games Expo, so they now have even more money to spend to make the game feel much better-come launch.

Ripout is a coop shooter game, which has you and your allies run into spaceships, facing off against hordes of enemies. It’s nothing we haven’t seen before, but the coop vibe reminds me of those games like Alien Swarm, albeit with procedurally generated levels and the ability to customize your loadout. One of the other big selling points is that certain enemies on these ships can absorb other mutants, making each mutant feel a little different. Combine that and the generated levels mean you should, in theory, find a different feeling encounter every mission, which is good for those who want a replayable coop shooter.

Terra Invicta is a new grand strategy game made by the creators of the XCOM Long War mod. They have taken what they have learned from XCOM and brought it to an all-new grand strategy game. Players can play as many different factions, each with their own end goal, as an alien race begins to survey earth in September 2022. Expect extremely long playthroughs, intense tactics and grand strategy, and a narrative unfolds as you play your faction and achieve their end goals. Grand strategy players will for sure this one with its lengthy playthroughs and replayability with its numerous factions.

Imagine the Rocket League aesthetic with its cars and balls, albeit on a golf course. Expect the party game experience with Rocket League, albeit with weird and modified rules of golf. You should also expect the craziness of Mario Kart powerups too, as you all fly your golf balls into the hole and try to take each other out along the way.

Were you ever mesmerized by the Trench run or Pad Racing in Star Wars as a kid? If you were, this is the game for you. VergeWorld was recently featured at the IGN expo, demoing its synthwave 16-bit aesthetic. But now, you can play it via the Steam Next Fest demo. Players control futuristic-looking spaceship racers flying through different trenches. Expect to shoot your fellow racers, performs dashes and doges and avoid other enemies and track debris so you can win the race. As you progress, you can upgrade your ship and experience rogue-lite levels that aid the replayability of this interesting-looking racer.

This concludes our 15 Steam Next Fest demos worth downloading in the summer of 2022. Did we miss one you recommend? Let us know in the comments below!