How to find the Golden Scarab in Elden Ring 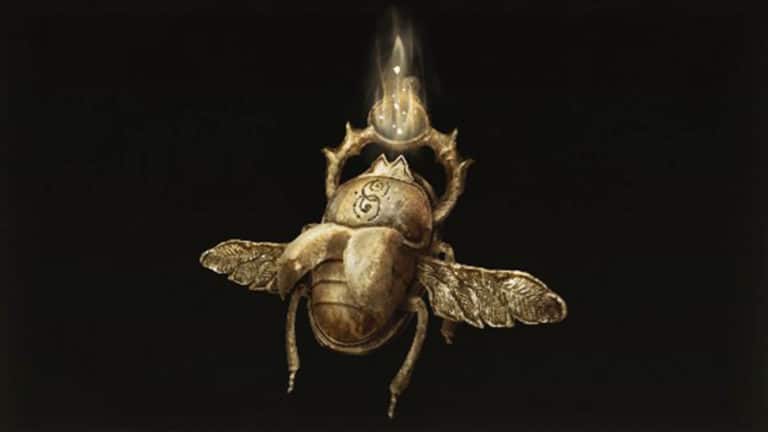 There are tons of items in Elden Ring, and you’ll need to get your hands on them if you want to have the best experience with the game. In particular, the Golden Scarab is a great item for anyone who is hoping to farm runes, since it increases how many you get for each monster or boss you kill. However, it’s incredibly difficult to find this item, and then you’ll have to deal with a lot of stuff on the way if you want to actually get it. Luckily, we can help you out with most of that.

How to find the Golden Scarab

The first thing you’ll need to do is get to the dungeon that hides this item, the Abandoned Cave. Not only is this dungeon in the dangerous Caelid region of Elden Ring, but it’s also tucked into a tiny little corner that makes it hard to get to, even if you know it’s there. Make your way to Caelid, then follow the main road until you get to the Smoldering Wall point of grace. From here, head west until you hit a cliff that stops you from moving forward. From here, head south until you see a branch that will let you clamber across the chasm.

Carefully pick your way across and you should see a dungeon entrance. From here, enter and activate the point of grace so you won’t have to struggle too much with finding the place again. Make sure you’ve got plenty of anti-Scarlet-Rot healing items on you before you go in properly. We’ve also got a full guide for getting through the dungeon itself which should make the process as painless as possible.

Oh yay, another dual boss fight. You’ll have to fight two Cleanrot Knights if you want to get your hands on your coveted medallion. They’re not too tough and don’t do an insane amount of damage, but they do deal in Scarlet Rot damage which sort of sucks. On the plus side, the arena is mostly free of goop as long as you stay away from the pool on the left side of the arena. Another thing to watch out for is the lack of a checkpoint outside the boss room, so you’ll need to get through the dungeon for each attempt you want to make.

Your safest bet here is to summon help. If not, run into the boss and start wailing on the first knight who shows up. You need to get rid of one of these guys as quickly as possible if you want to have a chance on your own. The main attack to watch out for from the spear knight is his glowing spear stab, which will impale you and can do an insane amount of damage. Once one is down, approach the sickle Knight from a distance and take him down by mostly baiting out his golden sickle throws as they’re the easiest to deal with.

When you finally take both of these guys down, you’ll finally be given the golden scarab that you’re so keen to get your hands on. It gives you quite the boost to your earned runes per enemy felled, so if you need to level up it makes things a bunch easier.