Lost Ark Awakening Quests: How to get first and second Awakening skills

We guide you through the Lost Ark Awakening questlines. 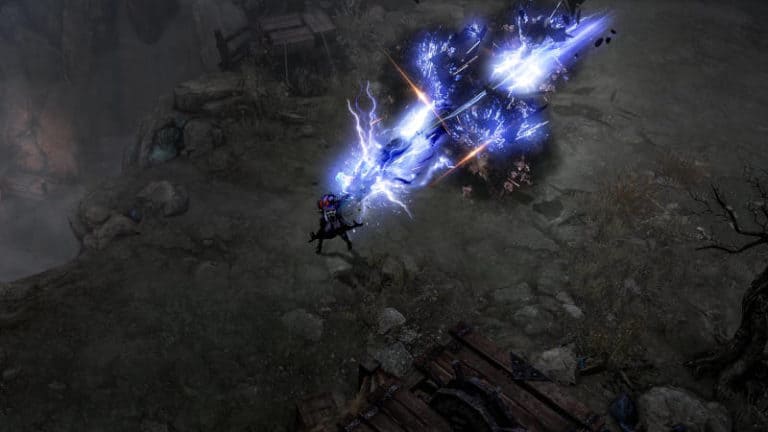 While you are levelling in Lost Ark, you will naturally unlock your skills. However, there is one type of skill that you get from an end game quest, which are Awakening quests. The Lost Ark Awakening Quests are part of your early end game activities, which grant you the ability to unleash a super special skill that does a lot but has a massive cooldown. These skills are very important as you start to progress through the Lost Ark endgame.

The First Lost Ark Awakening Quest appears shortly after reaching the end game. When you arrive at Vern Castle, you will get plenty of quests to do to progress through the mains tory. The Orange quest will get you to look for pieces of the Ark, while the purple roster quests will have you mess around with sailing and Awakening Skills. The first Awakening Skill begins with the ‘Thirst for Power’. You’ll know it is an Awakening quest as it has ‘Awakening’ in brackets around the quest’s name.

The first Lost Ark Awakening quest has you go to Trixion and meet Beatrix. Use your Song of Trixion to head there and speak to Beatrix. Follow the steps Beatrix provides and you will eventually complete the Story from the Exiles and The Book of Order and Chaos story stages. Completing these quests reward you with your hidden level 50 skill, while the final quest awards your class’ first Awakening skill.

Be aware that (at the time of writing) there is a bug with the Awakening quest chain. Do not abandon any stages of the quest chain, otherwise, it may mark it as complete. Doing so means you cannot complete the quest chain, and as a result, be locked from the first Lost Ark Awakening skill.

The second Lost Ark Awakening Quest comes much later in the game. You need to make it to Rohendel, which is in the far west of the map. However, this area of the mao is locked off from fresh level 50s. You need to get yourself to 400 item level, and you need to get to 4/7 pieces of the Ark to begin sailing.

Once these metrics are complete, you will get guide quests called Procyon and to Rohendel. There are also ship improvements you need to make to sail there. Here is a guide on how to get to Rohendel if you’re interested,

Once you’re into Rohendel, you can pick up the Strange Mail quest, a purple quest located next to the mailbox in Rohendel’s main city and speak to an NPC called Mail Carrier Sentos. This will require you to sail to different islands, complete the Shushire storyline and more. This is one of the major storylines of T1 content, so it will take some time to complete. If you’re wondering what your awakening skills are, we recommend you head over to the WePC Lost Ark hub and find a class guide. We have information on each class’ Awakening skills within their separate guides.

Like with the first quest, it appears that the second Awakening quest has a trigger bug. Many players are reporting the issue on the forums. If you have completed the requirements according to the official moderator response, then it means you’re bugged.

Amazon posted a recent concerns article collecting bug data and descending it to Smilegate RPG to fix the issues. This may indeed be among the list of top concerns.