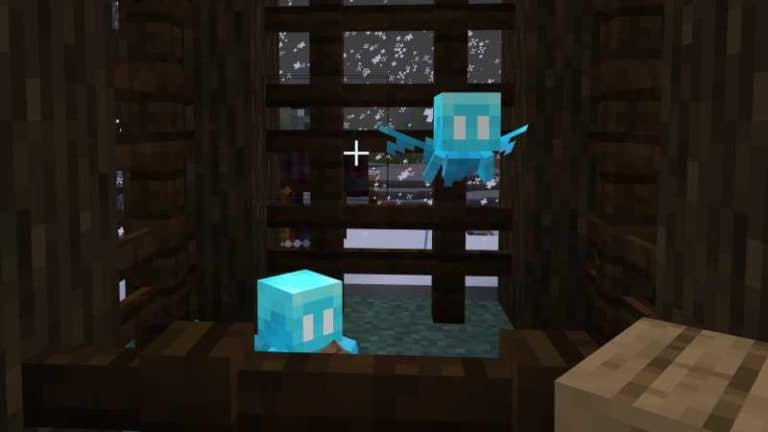 A new Beta update has been rolled out to Minecraft Bedrock addition, bringing some new experimental features including the Allay.

If you only have Minecraft Bedrock Edition, you might feel hard done by that Java players can test out Ancient Cities and The Warden in-game right now. Well, in that case, you might be pleased to hear you can be among the first to check out new mob the Allay, as it has been released first to the latest Bedrock Beta, 1.18.30.22.

As of March 9, 2022, the Minecraft Live Mob Vote winner the Allay is now available in Minecraft Bedrock Edition Beta and The Minecraft Preview. More changes have also been made to The Deep Dark Biome, as Sculk Catalyst blocks have had their textures updated, and the Darkness Effect now comes into play when Sculk Shriekers are activated.

What does the Allay do in Minecraft

An Allay will roam the overworld in search of items that match that which it holds in its hand. An Allay without an item in its hand will simply fly around the overworld aimlessly. The player can send the Allay off in search of a specific item by clicking on the Allay with said item in hand. As such, this little creature will gather items at your request and bring them back to you. If you would rather the Allay drop the items in a specific location, for example if you’ve set up an automated sorting system, you can place a Note Block and play it near the Allay. The friendly blue mob will then drop its items there instead of bringing them to the player.

Where can the Allay be found in Minecraft

Allays will be fairly difficult to find, as they will spawn in jails outside Pillager Outposts and jail rooms inside Woodland Mansions. If you do find one, be careful not to let it out before you’ve given it an item as it may just fly off and be difficult to catch up to again.

Frogs were introduced to Minecraft Bedrock Edition’s experimental features back in update 1.18.10.24. These adorable new critters can be found in different variations depending on the biome they are discovered in, just like foxes, and have other, even more unique mechanics. When Frogs breed, they will actually spawn tadpoles, which marks a first for Minecraft, in that the “child” mob is actually different to the “parent”, bringing two new mobs to the game in one fell swoop.

On top of the unique spawning and ageing of this mob, there’s an incredible new – and rare – mob drop that comes from a frog attacking a small Magma Cube. Because obviously they come into contact all the time… The Froglight block is yet another new light source to Minecraft (we can’t wait to take a good look at it in RTX), and drops from a small Magma Cube when it is eaten by a Frog. The Frog remains alive, you’ll be pleased to hear. The only way to do this is survival, though would be the bring a Frog into the Nether, or a Magma Cube into the Overworld, which would be a far more hazardous procedure. You will potentially be able to farm Froglights by bringing Frogs into the Nether and setting up a farm near a Magma Cube Spawner. However, this is still an experimental mechanic, so the way of obtaining a Froglight could change before the block’s full release.

How to play Beta Experimental Features in Minecraft Bedrock Edition