Come get yourself a new World of Warcraft anniversary mount 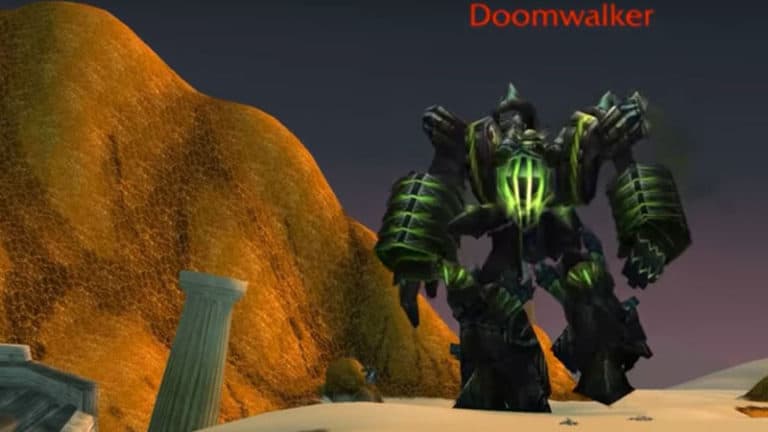 World of Warcraft’s 17th Anniversary event is here, offering players the opportunity to explore lots of fun content. You can head back to Alterac Valley with Korrak’s Revenge if you want and grab yourself some epic mounts. On the other hand, you can play catch up on your alts and get yourself 220 ilvl pieces of gear. And, if you’re lucky, you can earn the Illidari Doomhawk mount. Here is all you need to know about the WoW 17th Anniversary awards.

The collectors in us all will be happy to know there are three WoW 17th Anniversary mounts available. The first two are part of Korrak’s Revenge. The Korrak’s Revenge battleground is the old school Alterac Valley version that was part of the original classic wow containing world bosses, quests and other technicalities that no longer work. The event has returned several times, this being the third anniversary it has featured in.

When you get yourself set up and ready to queue for the Korrak’s Revenge, you will need to complete the achievement, the Alterac Valley of olde. It requires you to earn 200 honor points during games of Alterac Valley, whether that is through quests in the zone or killing bosses or enemy players. If you have played the last two WoW Anniversary events, then chances are you already own the Stormpike Battle Ram or the Frostwolf Snarler, which are faction exclusive mounts for completing the achievement.

The mount you won’t have is the Illidari Doomhawk, a new mount exclusively for the WoW 17th Anniversary mount reward. The new mount is a somewhat rare drop from Doomwalker in Tanaris, located at the external entrance to the Caverns of Time. The mount is not a guaranteed drop. Some players are reporting that they got it first try, while others are unlucky, using a full server of level 30 or higher characters to get through their weekly reset.

Since some players are one-shotting the new Illidari Domhawk mount, the chances are that the drop rate is somewhat on the higher end for mounts. We reckon it’s something like a 10% drop, but that’s just a hunch. If you want to farm this mount, we recommend getting a character to level 30 and then joining the world boss and getting a tag on the NPC. If you don’t have that many max level characters, you can make Allied Race characters that start at level 20. Getting the extra 10 levels to become eligible for rewards from Doomwalker should only take you an hour max. Good luck farming!

If you’re looking to gear up an alt or play catch up on your main, there’s some free 220 ilvl gear. There are plenty of pieces of gear you can get whenever you defeat Doomlord Kazzak, Azuregos, or one of the four Dragons of Nightmare each day. Moreso, a weekly boss, called Doomwalker offers the players a chance to sit even more loot once a week, including the WoW 17 anniversary mount. Note, this gear scales with your character’s level. The max ilvl you get is 220 from level 60 characters, However, if you’re level 30, you can expect 30ilvl pieces of gear.

Below, you’ll find the loot table for the bosses per the World of Warcraft official 17th Anniversary blog post.

Note, some of these items are already in the game, and you may already have them in your transmog library altready. However, there are new items you can start collecting. These new items include the Hellstitched Mantle, the Voidforge Greaves, and the Akama’s Edge.

You can get these items from each of the different world bosses that you reset daily or weekly. Doomwalker is a weekly reset, while Kazzak, Azuregos and the Dragons of Nightmare reset daily.