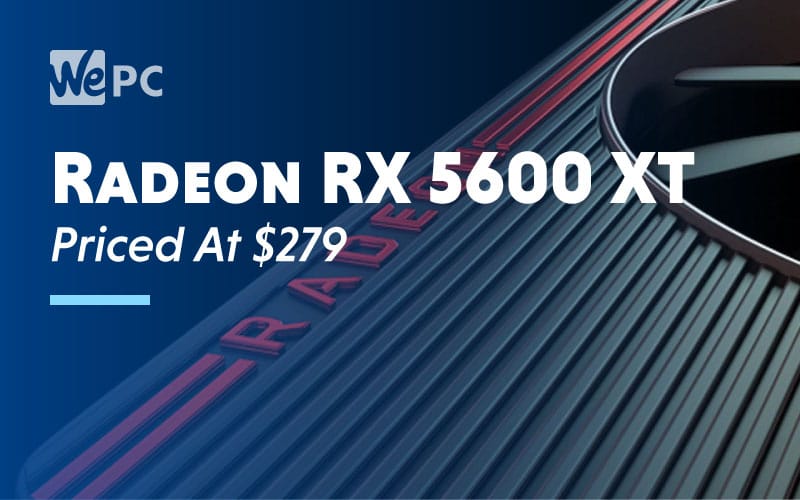 AMD has launched its latest Radeon RX graphics card – the RX 5600 XT just a few short weeks after first announcing it at CES 2020. This is a third Navi-10 desktop model graphics card in the RX 5000 lineup.

The new RX 5600 XT card will feature 2304 Stream Processors – the same number as the RX 5700 non-XT model. Considering the price, this is an unusual decision for AMD.

The Radeon RX 5600 XT also features a 192-bit interface with 6 GB of GDDR6 memory. Officially, this card has a 12 Gbps memory cap. However, board partners can boost it up to 14 Gbps, which further increases the bandwidth from 288 Gb/s to 336 Gb/s.

The reason behind the official specifications not quite explaining the full potential of the card has something to do with some last-minute changes to the graphics card.

You may have heard recently about Nvidia’s decision to reduce the price of the GeForce RTX 2060 non-SUPER. Everyone was speculating on how AMD would respond to this.

AMD promised to deliver better performance to ensure that its model was still highly competitive. AMD offered better vBIOS for board partners, announcing the minimum specifications at CES 2020 and promising to improve on them in time before the launch date.

The new BIOS meant an increase in clock speeds from between 10% to 20%. Also on offer was a higher memory bandwidth and higher TGP.

However, this will depend on whether the cooling system can handle it and the pre-configured graphics power. For example, the TBP for 5600 XT is 150W on the official specs but some models have been able to reach 180W.

When Is It Available?

The good news is that this graphics card is available from today, January 21st. The current price is $279 (USD). However, if you go for a custom model, then, of course, it will cost a bit more.

We were already excited to see a new Radeon card announced at CES 2020. When we found out they were promising to boost the speed in a few weeks before the launch date, we were a little skeptical about whether it would be done in time.

However, there’s been no delay on the launch date and you can get your hands on this graphics card from today onwards – which is seriously impressive work from AMD.