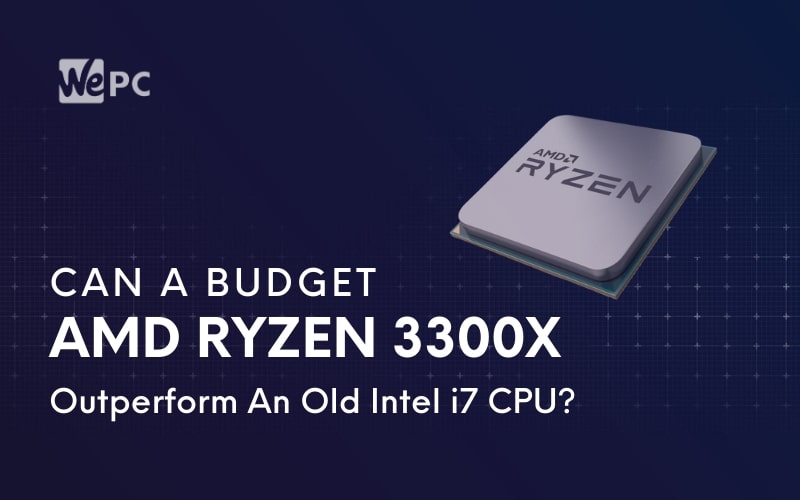 The battle is still on between Intel and AMD and the latest Geekbench 4 scores have shed more of a spotlight on the closing gap between the two major processor developers.

It’s looking like AMD’s $120 Ryzen 3 3300X processor has scored higher than Intel’s Core i7 7700K according to Geekbench 4 tests. With the Intel Core i7 priced at around $340, this CPU has been outshone by a cheaper AMD offering.

Intel’s Core i7 7700K was a solid performer when it released around 2017, especially with the Kaby Lake architecture being the big thing at the time. The Core i7 7700K has four cores and eight threads with a base clock of 4.2 GHz and a boost clock of 4.5 GHz. When it was released, it was tailored towards those looking to build high-end systems.

However, naturally, things have changed a lot over the past few years, especially with AMD starting to catch up to Intel.

AMD’s Ryzen 3 3300X offers four cores and eight threads and has a slightly lower base clock of 3.8 GHz and a boost clock of 4.3 GHz. While those clock speeds are lower, the benchmarks seem to suggest that the AMD offering will push out better performance for a lower price tag.

As fun as it is comparing benchmarks, it’s important to remember the circumstances. While these were conducted in similar environments, the Intel Z270 PC was running with slightly slower DDR4 memory at 3,200 MT/s whereas the AMD build was running at 3,600 MT/s.

It’s also worth bearing in mind that when comparing old vs. new hardware, it isn’t a massive shock that the technology has massively improved over the last few years.

When Will The Ryzen 3 Range Be Available?

The Ryzen 3 range was recently announced and will be available for purchase from May 2020. This range includes the Ryzen 3 3300X and the Ryzen 3 3100 which both use Zen 2 architecture.

Intel also has some updated lines to come. It looks like the Core i3 10100 will be the Core i7 7700K’s main successor so it will be interesting to compare that new chip with the Ryzen 3 one. At the moment, we know that the Core i3 10100 is built with four cores and eight threads with a slower base clock of 3.6 GHz and a 4.4 GHz boost clock speed.

Intel is apparently gearing up to announce its new Comet Lake 10th generation range for early summer – this will include the above Core i3 10100 CPU. If we hear any more news regarding the Comet Lake releases or the upcoming Ryzen 3 range, we will keep you up to date.