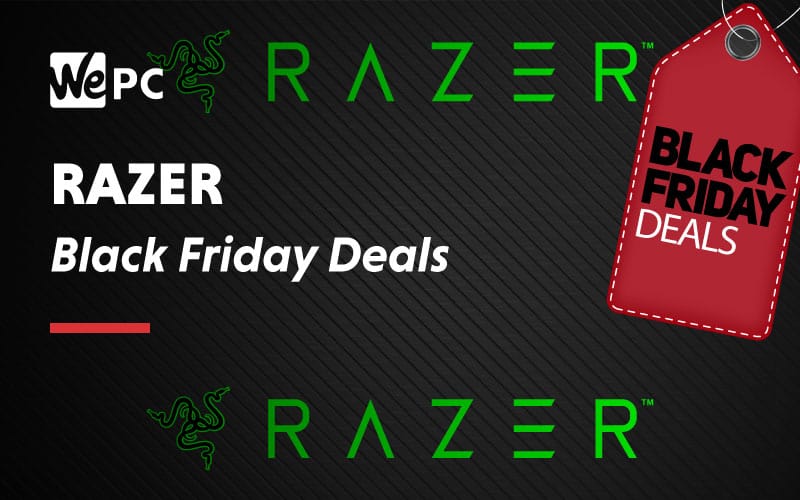 As a PC gamer, we feel pretty confident that you’ll have heard of Razer before. This gaming-focused brand produces laptops, cell phones, and gaming peripherals that consistently make their way to the top of our product recommendations.

And, the good times don’t stop there. Razer also brings out some impressive Black Friday deals every year, as well! So, without further ado, let’s take a look at the best Black Friday Razer deals 2019.

Now that Black Friday spans more than just the one day, we’re seeing even more deals going live each and every year. And, we’ve got the inside scoop on some of Razer’s upcoming deals for this year - and we can’t wait for you to get your hands on them.

But, don’t worry, we’re going to make you go searching for them - we’ll be listing them all right here for you. We do the hard work, you get the bargains.

Where To Find The Best Black Friday Razer Deals

But, here’s we’ll be going to find the best Razer deals this Black Friday.

Every year, Amazon is our first port of call for finding the best Black Friday deals. With their combination of big discounts and lightning deals - there’s also plenty of money to be saved here! A number of the discounts have already been applied to Amazon (like their Razer 2 phone which is usually $799.99 is already heavily discounted!).

Another great source of Black Friday deals is Best Buy. Again, they’ve already got some great deals live for Razer products on their site!

Anyone on the PC building or gaming scene will probably be fairly familiar with Newegg and their great deals - Black Friday is no exception!

If Black Friday 2018 is anything to go by, then we should be seeing some pretty hefty discounts from Razer once again this year. With deals on their laptops reaching discounts of up to $500, Razer doesn’t play around when it comes to making our Black Friday dreams come true!

Our friends at Razer have been kind enough to send over some of the deals they’re going to be pushing out this Black Friday ahead of time, and let me tell you - we’re in for a treat! While we can’t reveal any specifics just yet, they are really going above and beyond this year.

With such a great lineup of laptops from Razer, we can expect to see some pretty impressive discounts once again this year.

With one of their phone deals already live, we know that Razer will be giving us some awesome bargains here as well!

With everything from keyboards to mice to headsets - Razer is always one of our go-to brands for high-quality peripherals, so we’re looking forward to seeing some great Black Friday deals.

Every year we get excited for Black Friday. Sure, it’s hectic and crazy here at the office, but the deals we see more than make up for it. Which of these Razer deals will you be taking advantage of? Let us know in the comments below, or head over to the WePC Community to continue the conversation!