The first option in the Minecraft Live 2021 mob vote is here! Here’s what we know about The Glare. 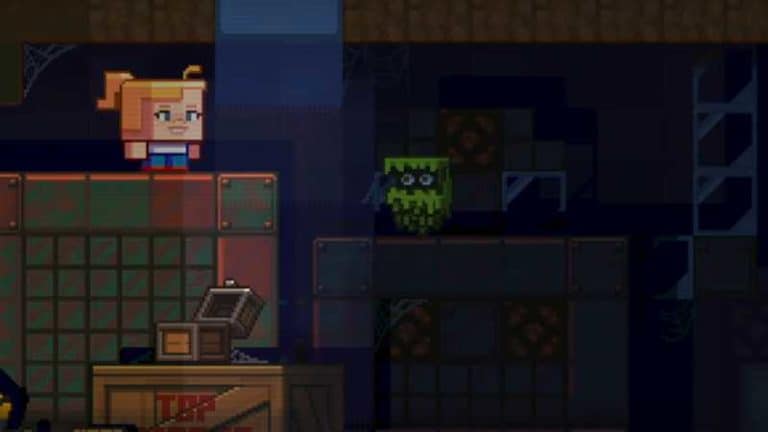 On October 16th, the world will vote on the next mob to be introduced into Minecraft. During the week leading up to the event, we’ll be shown a selection of brand-new mobs, one of which will be brought into Mincraft in the next year, the rest will never be seen again. In a video released on October 11th, 2021, Tiny Agnes can be seen meeting the Glare, the first choice to be released ahead of the vote.

What is the Glare in Minecraft?

The Glare is a small, green and adorable mob which will live underground in the Overworld. Tiny Agnes tells us that the Glare will hang around areas of darkness in which mobs can spawn. In the new Caves and Cliffs update – which will no doubt see its full release before the new mob gets added to the game – hostile mobs will spawn in light levels of 0 and below. This has been changed from 7 to make things slightly safer (but not much!) in the new cave formations. If you’re unsure which areas are dark enough to spawn killer mobs, then the Glare can tell you. If it floats over to a dark area and grumbles, brow furrowed, you’ll know you might be in danger. The Glare gets grumpy in the dark.

Why should you vote for the Glare?

With the Deep Dark also coming to the Cave and Cliffs update this holiday season, and the addition of the truly terrifying Warden, there’s even more reason to want helpful company with you. Therefore, you can even tame the Glare and take it with you on expeditions to help you evade the dangers of the Deep Dark. The Glare will be a truly game-changing new Minecraft mob if you want to head down below y-level 0 and start collecting those diamonds.

The Allay is a similarly small and cute creature, though it’s blue and flies as opposed to floating. Allays are gatherers. Send one off with one of an item, and it’ll endeavour to bring you back or one or more of the same! Great for if you’re in a pinch without a snack…

The adorable Copper Golem was the third and final contender to be announced. Giving a new use to copper ore, the Copper Golem must be crafted, but, much like their block counterpart, Copper Golems will oxidise over time, turning them into a lifeless, blue/green statue. *ugly cries*

Minecraft mob vote – How to vote for the Glare

The mob vote will take place during Minecraft Live 2021 on October 16. During the event, there will be multiple voting stages, with one contender being eliminated at each round. You’ll need to watch the event in full, or just keep a real close eye on the official Minecraft Twitter account, in order to cast your vote.