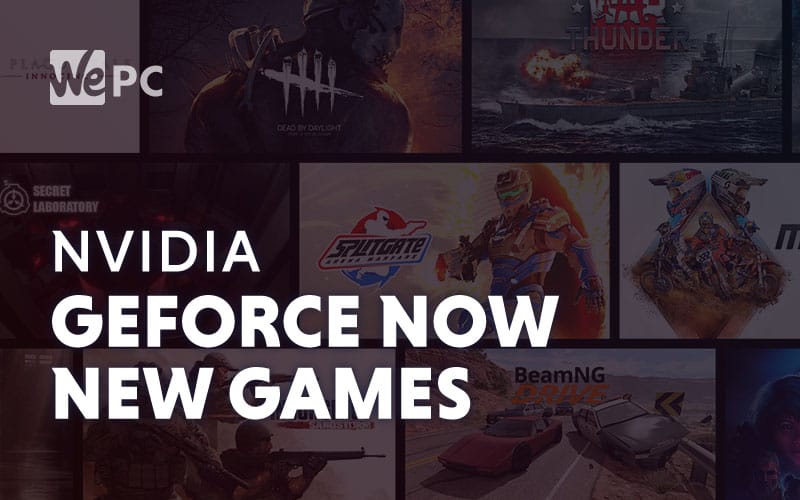 These five new additions further bolster GeForce Now’s compatibility with hundreds of existing games, securing it a top spot among the best cloud gaming options on the market today.

GeForce Now allows users to stream any compatible game they already own in their existing game libraries on digital storefronts like Steam and the Epic Game Store. Using NVIDIA RTX-enabled top-of-the-line servers, GeForce Now then beams these in 1080p 60k (internet connection permitting) to the device of the user’s choosing, including Android mobile phones, Macs, SHIELD TVs, and, of course, desktops.

The idea is to allow users to play games that their existing hardware doesn’t support, taking the need to fork out for an expensive upgrade or pricey RTX GPU out of the equation.

Two weeks ago, NVIDIA announced that it had hit 1 million users after launching in the US and Europe in early February. Much of that success is down to NVIDIA offering a free tier with no limitations other than a one-hour session length cap. A free three-month introductory offer for the premium Founders tier to celebrate the launch of the service also helped ramp up interest in GeForce Now.

It hasn’t all been smooth sailing for GeForce Now, though. Last month, NVIDIA announced it had removed the libraries of both Activision Blizzard and Bethesda following what the GPU giant called a ‘misunderstanding.’

Despite losing some big-name publishers, NVIDIA says it plans to introduce support for over 1,500 games in the months ahead. Barring any further issues with permissions and commercial agreements, GeForce Now is set to expand and cement its position as the go-to cloud gaming service for gamers.