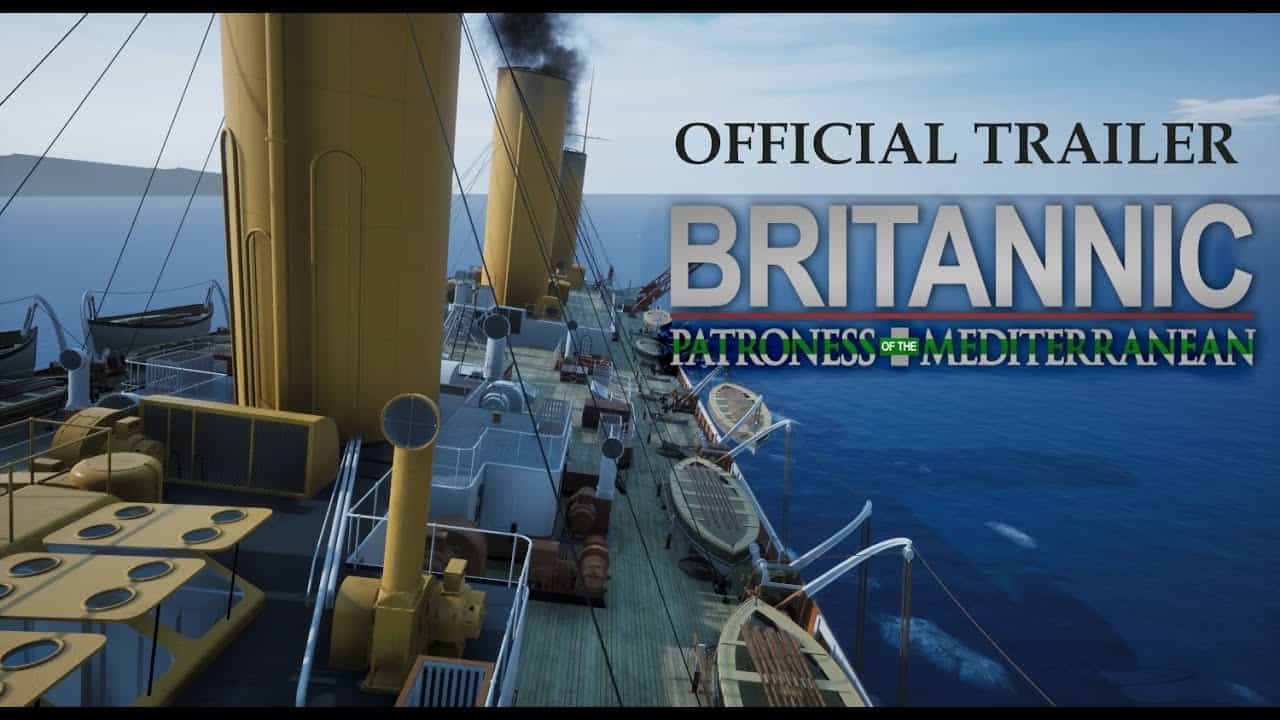 Britannic: Patroness of the Mediterranean is a VR-friendly simulation title that allows you to journey aboard the Britannic – sister ship to the infamous Titanic.

This title provides a stunningly realistic recreation of the ship which lets you explore the ship and step back in time to learn about its history.

Britannic has plenty of history despite being overshadowed by its more-famous sister ship. She was the third ship in the Olympic Class trio.

Unlike the Titanic, Britannic ended up as a floating hospital rather than a commercial liner and never took a paying passenger. It was taken over by the British government halfway through construction for use during the First World War. Britannic tragically became another casualty of war when it sank after hitting a mine near the coast of Greece.

Britannic: Patroness of the Mediterranean can be explored in VR or the non-VR version so if you don’t have a VR headset, don’t worry.

There are also two fascinating modes you can switch between. One allows you to see and explore Britannic as the hospital ship it became. The other mode lets you glimpse the world-class ocean liner as it was originally intended to be, with all its luxurious furnishings.

Through the fly-around camera, you can roam around the decks and authentic onboard environments at your own pace. Take a look through the first-class facilities, Georgian or Regal Suites, the Grand Staircase, or go below deck to check out the boiler and engine rooms.

Each detail has been painstakingly created by a team of historians poring over archives, as well as wreck divers who explored the wreckage themselves.

There’s even a real-time sinking animation that lets you experience what it would have been like. You’ll need to act fast and grab a lifeboat if you want to escape though!

Check out the full trailer below for more information:

System Requirements for Britannic: Patroness of the Mediterranean

If you’re thinking of purchasing Britannic, the system requirements shouldn’t be too difficult to achieve. The recommended requirements are as follows:

While you don’t need a VR headset, if you do have one, this title is supported by Valve Index, HTC Vive, and Oculus Rift headsets.

If you’re looking to play the VR version, the recommended CPU and graphics include an Intel i7-8700 and a GTX 1070. Check out our guide to the best GPUs if you are thinking of upgrading for VR.

Britannic: Patroness of the Mediterranean is currently available on Steam for $14.99 or £11.39. Will you be picking up the new Britannic experience on Steam? Let us know your thoughts below.