With the release of Intel’s much-anticipated Rocket Lake CPU lineup, Intel is hot on AMD’s heels and kicking off 2021 with a bid to steal market dominance in the first quarter. Though they’ve yet to drop, leaks of the Core i5-11600K have begun to trickle through, and they’re interesting to see the least.

As of late, AMD has been on the up and up, with one of their most notable releases, the Ryzen 5600X, boasting some pretty incredible features and core benchmarks. Despite this, initial leaks surrounding the Intel Core i5-11660K have ruffled a few feathers within the gaming community, leading many to ask: “Which one is better?”

So, even with Intel’s pending release, it’s still a little difficult at this stage to make a clear-cut choice on which one is the better CPU choice. This is where we come in! Below, you’ll find an in-depth comparison of each CPU, to help you decide whether to go for the AMD Ryzen 5600X or wait for the Intel Core i5-11600K to be released. 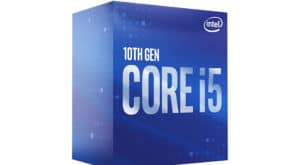 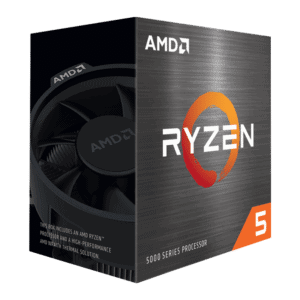 As we’re sure you already know, cores are one of the most important aspects of the overall operating system within the processor, so it’s a great specification to consider when wanting to gain an overall understanding of performance.

Initial stats are saying that the Intel Core i5-11600K has a single-core score of 1565 points, which would in turn make this CPU slower than the 6-core AMD Ryzen 5600X. The same can be said for the multi-threaded performance. It’s safe to say that the Intel won’t divert too far off the beaten path in this respect, either.

Though it hasn’t yet been released, (so we don’t have any ‘official’ stats to go off of), it’s to be expected that the Intel Core i5-11600K will consist of hyperthreading. In terms of the previous Comet Lake-S CPU, there is around a 19% uplift in single-core performance. However, as far as initial leaks go, it seems as though the 10600K is around 13% faster than the 11600K, though this will have to be confirmed upon the release.

The next specification we’re going to be taking a look at is clock speeds. Clock speeds go hand in hand with cores and help to indicate how efficiently the CPU will be able to handle data-processing and instructions.

It’s important to keep in mind that these results may not be set in stone, as this score was tested on a Gigabyte Z490M motherboard with 2133 MHz DDR4 memory. This means that the score may not be the actual score due to the low memory configuration, so this is something to keep in mind.

Architecture is often the area that defines a CPU’s dominance over another. In recent times, Ryzen has managed to edge in front of Intel’s releases due to this, especially as Intel isn’t widely considered to be a name known for switching up their architecture. In contrast, AMD is known for delivering groundbreaking Zen CPU microarchitecture every year, and each microarchitecture comes with huge improvements over the last.

With that being said, AMD has given the 5600X the all-new Zen 3 microarchitecture, which offers a huge 19% IPC boost over the older, Zen 2 microarchitecture. Unlike Zen 2, Zen 3 features an upgraded L1 cache that offers better pre-fetching and tagging capabilities. It also uses an improved TAGE branch predictor, which is able to re-calculate itself faster from instruction mispredictions. In addition, Zen 3 features improvements to INT and FP queues, which have been made larger to ensure that fewer units are idle, in order to boost the overall performance.

As for the Intel Core i5-11600K, it has been built with Rocket Lake architecture, which uses Intel’s Cypress Cove CPU architecture. Cypress Cove is built on Intel’s tried and true 14nm process and is expected to offer a 1.19x uplift in IPCs than the slightly older Comet Lake. Like we mentioned above, Intel favors single-threaded performance and, after taking a look at initial leaks, the updated architecture in the 11600K is set to deliver a single-threaded performance that will be 1.17x- to 1.35x faster than comet lake CPUs.

Hyperthreading is the easiest way to tell whether or not a CPU will be able to offer you effective multitasking capabilities. Both of these CPUs will offer you this, though Intel is known for their single-core functionality, while AMD prefers multi-core functionality.

So, with that being said, the Intel i5-11600K will be more than capable of handling everyday tasks, including gaming, streaming services (music being an example), and general PC tasks. However, for more demanding tasks such as content creation, you’re going to likely find that this CPU struggles to hold its own. In contrast, the AMD Ryzen 5600X is far more efficient and offers all-around better support for multitasking, including for heavy-duty needs.

All in all, it seems as though the Intel Core i5-11600K won’t pose a huge threat to the AMD Ryzen 5600X. With that being said, the results here are far from final, so we won’t be able to offer a clear winner until the Intel Core i5-1600K has been released. As it stands currently, it does appear that Intel has made some improvements, including more tuning options for overclocking, which leads us to believe that Intel is beginning to creep into AMD’s territory.

The question is, though – which one offers the best value for money performance-wise? Well, if the initial leaks are anything to go by, the 11600K appears to fall short of the AMD Ryzen 5600X across many specs. However, Geekbench is known for sometimes missing the mark with their information, so it’s best to take the initial data with a grain of salt, especially as the Geekbench score has been taken from a manufacturing sample.

Ultimately, it’s hard to say which one is the best as both of these CPUs are excellent choices for gaming. If you need a little help making your choice, we recommend waiting until the Intel Core i5-11600K has been released, and then make your choice from there on out. Thank you for taking the time to read this article, feel free to leave any comments over on our community forum. 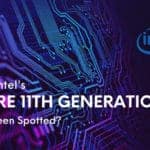 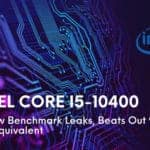 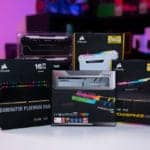 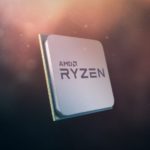 THE BEST OF WEPC IN YOUR INBOX