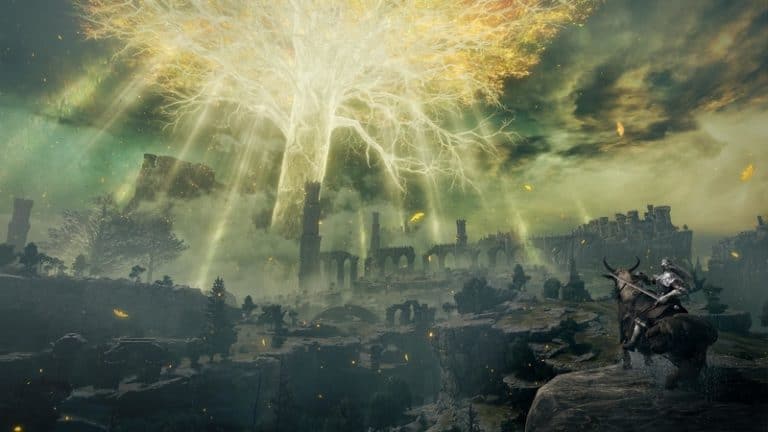 In Elden Ring – as in any FromSoftware game – your starting equipment will quickly become your best friend. To begin with, it is all that’s standing between you and an early grave. Whether you choose to stick with your initial loadout for a while – or trade it in for something shinier at the first opportunity – you’ll be looking to get the most out of your equipment. This can only mean Upgrading. And in addition to regular upgrades, Elden Ring has introduced a new system to improve your equipment. Ashes of War can be used to grant you the edge in your journey through the Lands Between.

Elden Ring: What are Ashes of War?

Ashes of War are items that can be equipped to specific compatible weapons, granting them a boost and a powerful new skill.

It’s best to think of them like non-permanent enchantments. Have you ever applied an enchantment to a powerful weapon, thinking it would last you a good long while, only to be despondent when something better drops from an enemy an hour or so ahead? FromSoftware seem to recognise that frustration, as Ashes of War seem designed to counter it. Ashes of War can be removed from equipment and applied to other compatible equipment as you see fit.

When imbued into a weapon, An Ash of War raises certain stats, while lowering others. And, crucially, it replaces any existing weapon skill with a new skill specific to each Ash of War.

Applying Ashes of War is a simple and streamlined process. Rest at any Site of Grace, and – once you have obtained any Ashes of War – select the Ashes of War menu option. Then you can apply or remove them from any weapons or shields that are compatible.

Ashes of war can also be found scattered throughout the game world, purchased from merchants, and as drops for defeating many unique enemies and bosses.

Ash of War locations are not randomly generated. They can be collected in the same manner across any and all of your playthroughs. We’ll soon have guides available to point you towards the most useful Ashes of War in Elden Ring!

We’ve been waiting to get our hands on Fromsoftware’s Elden Ring for so long, we almost can’t believe it’s finally arrived. And our beginner’s guide is only, well, the beginning! We’ll be here to walk you through every step of your journey through the Lands Between. Join us for all our Elden Ring content and guides over the coming days and weeks