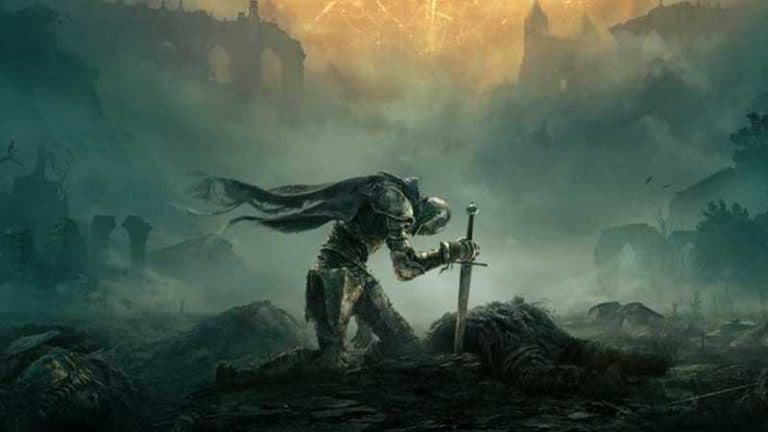 As you get started in Elden Ring, whether you’re a FromSoftware veteran already or not, you’re going to want to make sure you know which Elden Ring starter weapons will give you the best head start.

Your starter weapons in Elden Ring will depend on your class. As such, we’re going to take a look at the best starter weapons you’ll be awarded for each class, which may be useful as you try to decide which of the Elden Ring classes to choose. Also, which starter weapon will be best for you entirely depends on your gameplay, so we’ll take a look at how they differ and which gameplay styles each weapon suits best. We’ve also thrown in a couple of early game weapons as well, that you[‘ll be able to find in Limgrave not long after starting Elden Ring.

When choosing or using certain weapons in Elden Ring, you must remember that you have to meet certain criteria. Weapons are unable to be used effectively if you do not meet said criteria, and so you must choose your Class and upgrade your stats as you play with consideration for the weapons you wish to use – or vice versa. Weapons can also be upgraded and have their stats changed using Smithing Stones, Magic and other Consumables in order to change their stats around your character’s abilities and strengths.

The weapons we are listing below are either starting weapons for specific Classes or very early game weapons. Of course, better weapons and upgrades will be available to you as you progress through The Lands Between.

If you prefer to deal big damage as quickly as possible, then the Bastard Sword is a great early game weapon. The Bastard Sword was an immediate starter weapon for the Bloody Wolf, a class that was removed after the Closed Network Test. However, members of any class can purchase the Bastard Sword for 500 Runes in Limgrave, the first location you’ll find yourself in after starting Elden Ring.

The Bastard Sword can be upgraded with a Smithing Stone Shard and can also be used with Ashes of War, Magic and Consumables to adjust its stats to better suit your own gameplay style.

If you’re concerned about the clumsy nature of the Bastard Sword, then the Longsword may be a suitable alternative, and is available as the starter weapon for the Vagabond Class. While the Vagabond’s Longsword holds many similar traits to the Bastard Sword – for example is suited to the strong and dexterous – it is far lighter, so players can remain nimble during combat. However, it does deal less damage than the Bastard Sword.

The Longsword can be upgraded with a Smithing Stone and can have its skill and damage altered with an Ash of War. Similarly, the Longsword can also be used with Magic and Consumables.

If you’re more of a magic wielder at heart, then you might be considering the Confessor or Prophet classes. Both of these classes start out with the Finger Seal, a solid Elden Ring Sacred Seal. Sacred Seals are classed as weapons as they are required to cast incantations and, as such, are essential for anyone wanting to play Elden Ring as a magic user.

The Finger Seal, while given to Confessors and Prophets at the game’s start, can also be purchased later in the game for 800 Runes at Roundtable Hold after defeating your first Demigod.

The Uchigatana is one of Elden Ring’s Katanas. Being another melee weapon, the Uchigatana also requires proficiency in Strength and Dexterity and delivers both Piercing and Slashing damage. Offered as a starting weapon for the Samurai class, the Uchigatana is available immediately, but can also be found by other Classes hidden inside the Deathtouched Catacombs fairly early on.

The Uchigatana has a slightly longer range than either the Bastard Sword or Longsword, so if you prefer to battle at a slight distance, this could be an optimal weapon (and Class) choice.

The Samurai is a solid Class to choose to get you started in Limgrave and beyond as it comes with a lot of great equipment. Not only do you get the Uchigatana listed above, but you also get a Longbow, with normal arrows and Fire Arrows. These weapons, therefore, give you more range, and allow you to avoid close combat.

The Longbow is a pretty standard ranged weapon and – once upgraded with Smithing Stones, or buffed with an Ash of War, Magic or Consumables – can be a decent ranged weapon to keep with you for the long haul. The Longbow standard Weapon Skill is Mighty Shot, which gives the bow a powerful, piercing blow.

Just like the Finger Seal, a Longbow can be purchased from Enia at Roundtable hold, but it will set you back 1,200 Runes.

How to get the best early game weapons in Elden Ring

As we’ve mentioned, certain weapons will be awarded for choosing specific Classes when you first start playing Elden Ring. However, a lot of the best early game weapons will be looted from PvE encounters from the word go. Others may be found in specific locations throughout The Lands Between, for example, a solid Greatsword can be found at the encampment at Stormhill. This particular weapon can be found in a box at the back of a cart in the area, so it’s always worth making sure you have a proper look around as you explore Elden Ring’s glorious open-world map.