Feeling overwhelmed by a big block of numbers? We’ll crunch them for you and walk you through how Elden Rings stats work. 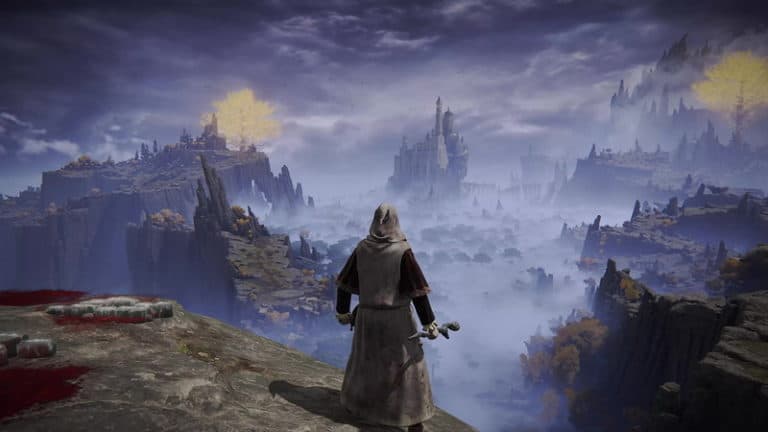 For Elden Ring newbies or the RPG uninitiated, seeing a whole screen of stats pop up can be initially overwhelming. And choosing how to level up and distribute your Runes across those stats can be a daunting prospect. But don’t worry, we’re here to walk you through what exactly each of your stats does in Elden Ring.

This displays the total number of Runes currently on your person in Elden Ring.

This stat shows how many Runes are needed for your next Level Up.

In Elden Ring, your Attributes are the eight main statistics that determine how your character performs. Your build, what you excel at, and the areas in which you are lacking all depend on your attributes.

Vigor is the stat that governs your HP. The more points you put into Vigor, the hardier you are, and the more hits you will be able to take. Increasing Vigor also increases your Fire Resistance and your Immunity – which determines your resistance to the Poison and Blight status effects.

Where Vigor determined your overall HP, the Mind stat determines your FP. The more FP – or Focus Points – you have, the more spells you are able to cast in one sitting. FP is essentially your mana bar in Elden Ring. Mind also determines your Focus stat, which helps you resist the Sleep and Madness status effects.

Endurance is the third and final stat to determine one of your character’s resource bars. Improving Endurance improves your Stamina, allowing you to perform more combat actions like Dodge Rolls before the Stamina bar must recharge. Endurance also governs Equip Load, which determines how encumbered you are when wearing and using heavy equipment.

The Strength Stat determines your capability in wielding Strength-based weapons. For certain weapons, you must meet a Strength threshold in order to wield them at all. Based on their Strength Scaling, certain weapons will benefit more from the Strength stat than others. The more Strength you have, the more damage Strength weapons will do. Strength also allows you to wear heavier armor, providing a decent – though indirect – bonus to your Physical Defense

As with Strength, Dexterity determines how well you are able to wield Dexterity-based weapons. Dexterity weapons also can have a minimum Dexterity threshold and can do more damage the higher your Dexterity is.

Higher Dexterity also reduces casting time for Incantations and Sorceries. This makes it a useful magical stat as well as a physical one. The higher your Dexterity is, the less fall damage you take, and the harder it is for you to be knocked off Torrent while riding.

Intelligence is the stat that governs your Sorcery casting. The higher your intelligence, the better your Sorceries perform and the more damage they do. As with Dexterity and Strength, certain weapons also have an Intelligence requirement threshold. Intelligence also boosts your magic defense, which reduces incoming magic damage from all sources.

Faith is another casting stat, this time focusing on Incantations. Many Incantations feature a minimum Faith requirement to wield them. Faith also improves the damage dealt by these Incantations.

Arcane is something of a wildcard in terms of Elden Ring attributes. Its main feature is not something that directly affects the player’s combat capabilities. Instead, Arcane governs the Discovery stat. The higher your discovery is, the greater chance you have of finding an item after defeating an enemy.

How much, if any, Physical Damage the selected equipment does by default, and any extra granted by stat bonuses.

How much, if any, Magical Damage the selected equipment or spell does by default, and any extra granted by stat bonuses.

How much, if any, Fire Damage the selected equipment does by default, and any extra granted by stat bonuses.

How much, if any, Lighting Damage the selected equipment does by default, and any extra granted by stat bonuses.

How much, if any, Holy Damage the selected equipment or spell does by default, and any extra granted by stat bonuses.

How Much damage is done by the equipment by default when the player performs a Critical Attack, and how much extra is gained through stat bonuses.

Your overall health in Elden Ring.

The resource pool that is depleted when casting spells and using skills.

The resource that allows you to perform combat actions in Elden Ring.

Total Weight of equipped weapons and armor. The higher the number, the more encumbered you are and the slower you move

Allows you to stand up against enemy attacks for longer without becoming Stunned or Interrupted.

The overall chance of finding items after defeating enemies in Elden Ring.

Overall capacity for memorizing Sorceries and Incantations, which can be switched out at Sites of Grace.

Resistance to the Poison and Blight status effects.

Resistance to the Hemorrhage and Frostbite status effects

Resistance to the Sleep and Madness status effects.

Overall Defence and damage negation ability when hurt by Magic.