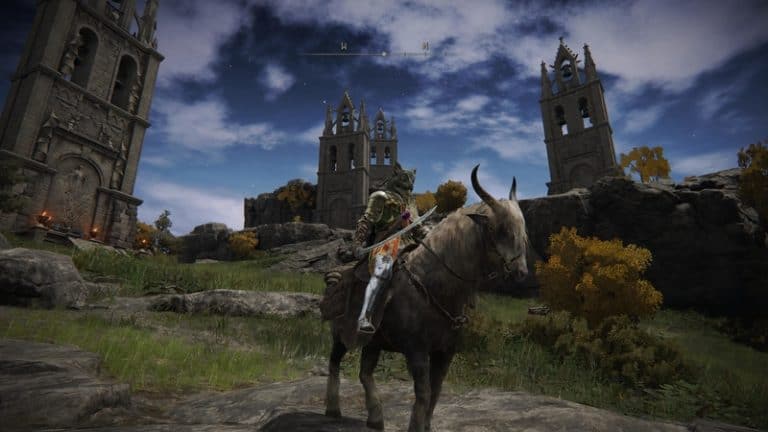 Elden Ring’s Liurnia of the Lakes is chock-full of magical mysteries and arcane secrets. But many players may not be aware that it houses a gateway to far-off locations in the Lands Between. The Four Belfries offer glimpses of parts of the game that you otherwise might not gain access to for dozens of hours. We’ll show you how to unravel the secrets of the Four Belfries and take them for a spin with our Elden Ring guide.

Elden Ring: Where to find the Four Belfries

The Four Belfries can be found on the western edge of Liurnia of the Lakes, to the south of Carian Manor. Riding south from the Kingsrealm Ruins, you will come upon a path leading up into the hills. Spectral Troll Knights guard the area, so feel free to either ride past them or engage if you are feeling brave. Once through the forested area, you will find the Four Belfries at the top of the hill, along with a Site of Grace.

The Four Belfries house teleporters, each with a glowing sign that gives a short, cryptic description of the area it will send you to. The areas that the Belfries provide access to are:

The Chapel of Anticipation is the area in which you began your journey in Elden Ring. After using this teleporter, you will be able to finally revisit and defeat the Grafted Scion boss that likely led to your first death in Elden Ring. On defeating this enemy, you will receive the Golden Beast Crest Shield and an Ornamental Straight Sword.

Nokron, Eternal City is an extremely important location in Elden Ring. This teleporter grants you access to a small portion of the Eternal City, overlooking the Siofra River. Here, you can claim the Mottled Necklace, and have the option of fighting a Lesser Crucible Knight enemy.

Crumbling Farum Azula is a late-game location in Elden Ring. This teleporter will transport you to a small section of the area, which cannot access the rest. There are two difficult enemies here, along with the Pearldrake Talisman.

But if there are four Belfries, why can they only send you to three locations? This is because the fourth Belfry does not house a teleporter. Instead, it is home to a chest, with an Imbued Stone Key inside. These keys are crucial to operating the Belfries. Each teleporter requires an Imbued Stone Key to activate, and the keys are lost upon use. So, while you are able to choose whichever teleporter you would like to activate first, the other two will remain initially inert.

Both other Imbued Stone Keys can be found in areas heavily associated with sorcery.

The third and final key is hidden away in the Caelid region. It is hidden within Sellia, Town of Sorcery. Sellia’s magical seals prevent you from accessing several of the town’s treasures until you can solve its puzzle. Climbing above the town’s rooftops and lighting torches in each of its towers will break the seals and allow access to what they were hiding. Once of the seals blocks access to a treasure chest, which contains the final Imbued Stone Key.

With all three Imbued Stone Keys in hand, you are ready to make the most of Elden Ring’s Four Belfries!