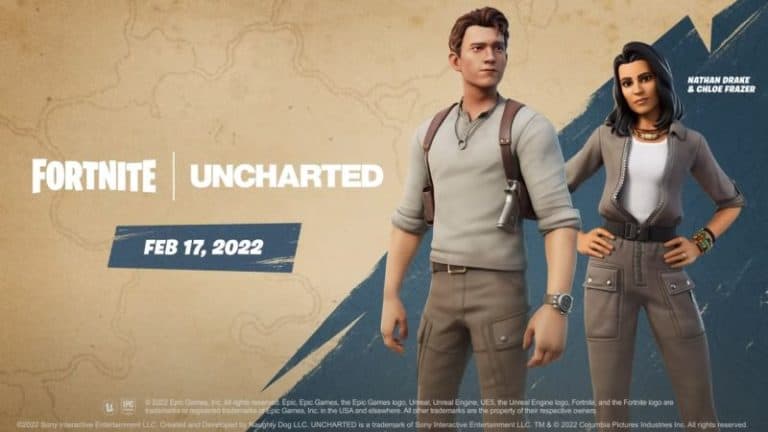 Fortnite is well-known for its constantly changing gameplay, keeping the game feeling fresh week after week. Well, today – February 15th, 2022 – another new mid-season Fortnite update has been rolled out. Let’s take a look at the patch notes, which appropriately reveal yet another Tom Holland character comes to the Fortnite island.

Two bundles are coming to the Fortnite in-game shop in collaboration with Uncharted, celebrating the release of the new movie adaptation. Steadfast fans of the games can get their hands on the classic Nathan Drake and Chloe Frazer bundle when the items arrive in the shop this week. Meanwhile, Tom Holland fans will be happy to hear he’s back, as well, in skins based on the movie versions of Nathan and Chloe. This comes as part of Fortnite Chapter 3, Season 1, in which Spider-Man – also played by Tom Holland – has taken centre stage.

The Fortnite x Uncharted crossover is expected to launch on February 17th, 2022, along with new Uncharted theme challenges, which is where this next part comes in…

Treasure Maps return to Fortnite in update 19.30. This is an exciting addition to the game as Treasure Maps, if you’re unfamiliar, are another great way to get yourself some super rare loot. If you find yourself in possession of a treasure map, you will see an arrow on your screen guiding you to a special buried chest. Keep your wits about you, though, as you’ll only see the guide arrow when the map is in your hand, so you won’t be able to wield a weapon at the same time. Much like a vault key card, the treasure map will also take up a space in your inventory.

We are hopeful – thanks for reputable Fortnite leakers – that we will get the Buried Treasure Map and uncharted challenges when Fortnite’s Week 11 challenges come in on February 17th.

This will mean there are a huge variety of ways to obtain rare loot in Fortnite at the moment. There are vaults at every Seven outpost, which are only able to be opened if you bring a friend… But does that friend have to be another Looper if you’re in Solo mode? Then there’s Gunnar’s vault in Covert Canyon, but you’ll need to take the hostile NPC out first, which can be a tough challenge. Don’t forget the usual Loot Supply drops and Rare Chests, and now Treasure Maps to boot – expect a Legendary loadout in no time.

Speaking of Legendary Loot, the Close Encounters mode has been replaced in 19.30 with Solid Gold. The return of this fan-favorite mode – in which all loot is of Legendary rarity – brings a new set of challenges in order to gain some additional XP and help level up that Battle Pass. The challenges are as follows, and are only available in Solid Gold mode:

Gyro controls have been improved

When you launch Fortnite, you might notice that you no longer get the option to choose between Save The World, Creative and Battle Royale. This is because Epic Games have once again removed the Mode Selection Screen on Fortnite start up. The final reveal in the official Fortnite patch notes states that, you will need to head to the “Discover” screen to change to either Save the World or Creative modes, available when you hit the Change button in the lobby.

And, in case you’re missing out, find out how to get your hands on a whole bunch of free cosmetic items available in Fortnite right now. There’s the Stoneheart Trials, the Refer-a-Friend Program and the Creative Mayhem event, all taking place right now. 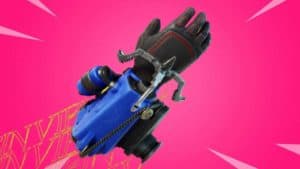 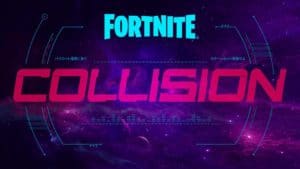 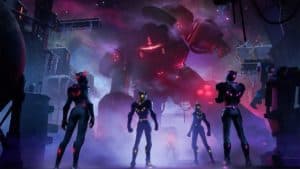 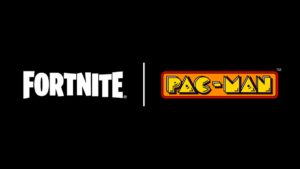