Home » Gaming » Minecraft » How to make fireworks in Minecraft

How to make fireworks in Minecraft 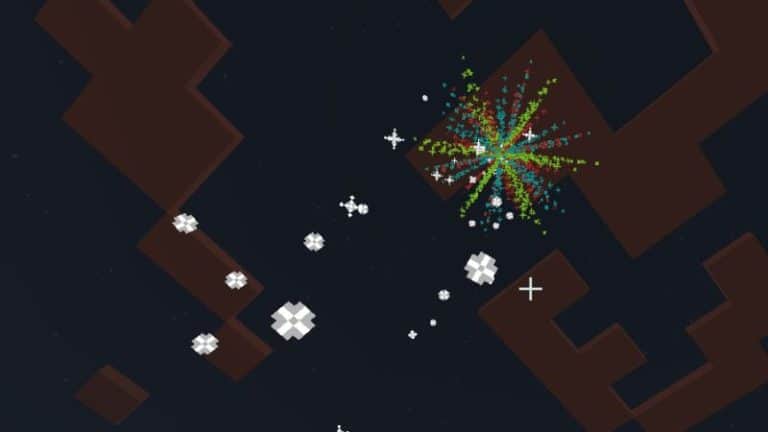 OK, so they might not be a requirement in survival Minecraft, but whether you’re playing in a long-term world, with friends on a server, or maybe even trying to get every achievement you can, you’re here because you want to know how to make Fireworks in Minecraft.

Fireworks are quite a complex item in Minecraft. While you might think there’s only one, obvious use for Fireworks – as a decorative item to fill the night sky with colorful light – they’re most frequently used in Minecraft for flying with Elytra. And that’s where we’re going to start, as that’s the simplest crafting recipe.

How to make a Firework Rocket in Minecraft

The basic Firework Rocket is a very simple recipe, but the ingredients are a little harder to come by. For three Firework Rockets, you will need one, two or three gunpowder, and one piece of paper.

While paper is relatively easy to farm and make, and for that you can check out our guide on how to make paper in Minecraft, the gunpowder could prove a bit of a problem. Why? Because it drops from Creepers. Aww, man.

Gunpowder can also drop from Ghasts and Witches, and may be available to purchase from a Wandering Trader, but the “easiest” way to get substantial quantities is from Creepers. You can, of course, farm them manually by braving the night, or you can build a Creeper farm, for which you can find plenty of tutorials on YouTube.

These simple rockets do not give off explosion particles, and therefore their only use is to propel players while flying with Elytra. But, as mentioned, this is probably the most common use for the firework. Also, the number of gunpowder you use to craft your Rocket determines the length of flight: the more gunpowder, the longer the flight duration.

How to make an exploding Minecraft Firework Rocket

To make an exploding Firework Rocket, i.e. one you can fire into the sky to see colorful explosions, you’ll need to include a Firework Star in your crafting recipe.

As you can see above, you’ll be using paper and gunpowder, just like in the basic Firework Rocket recipe, plus Firework Stars. As with gunpowder, multiple Firework Stars can be used in the recipe to change the outcome. Each Firework Star has its own unique explosion, the more Stars you include, the more Firework Particles you’ll see when you set the rocket off.

How to make a Firework Star in Minecraft

So how do you make the Firework Stars needed to craft an exploding Minecraft Firework? Well, this is where things get even more complicated, believe it or not. There are 16 different colored Firework Stars, which can also be crafted with a choice of eight additional effects. Your choice of these options determines how the Firework Rocket explodes when let off.

Without just a colored dye and no additional crafting components, as per the basic firework recipe above, your Firework will still explode, and will be a small ball effect.

*Mob heads are difficult to obtain in survival Minecraft. A Dragon head counts, but these can only be obtained from ships in The End once you have defeated the dragon. Mobs heads can also be obtained by a mob being killed by a charged Creeper, while Wither Skeletons do occasionally drop skulls when killed by a player. Finally – and most easily obtainable – in Minecraft 1.19 Java Edition, skeleton heads will spawn naturally in Ancient Cities.

These can be added to any Firework Star shape effect, and you can use either of these, or both together, as you can see below.

So how do you make Fireworks in Minecraft?