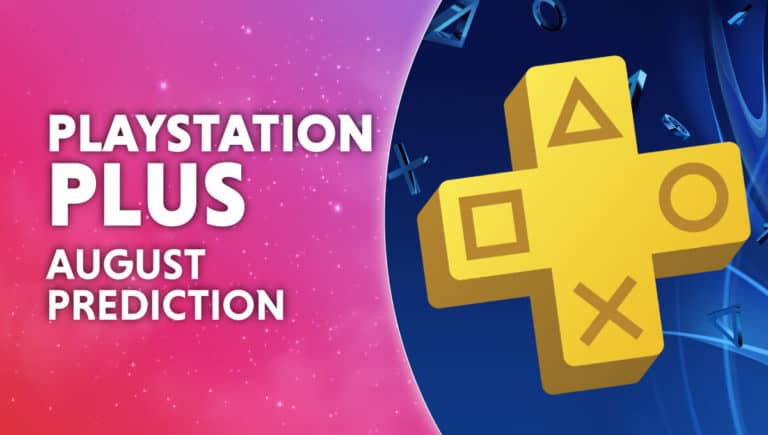 PlayStation Plus subscribers will be treated to what’s in store for August as Sony prepares to unveil the next batch of free games TODAY!

As per usual, we were treated to three games reveals earlier today, but in a shock move from Sony we got confirmation of 8 Yakuza games that will also come to PlayStation Plus.

Compared to July, which saw Crash Bandicoot come to PS Plus, this month’s offering is far more diverse – bringing a comprehensive blend of retro gaming nostalgia (with Tony Hawk’s Pro skater) and a hint of quirky platformers and JRPG thrown in for good measure.

The confirmed PS Plus games for August are:

It comes as hundreds of PS Plus fans flocked to the dedicated Megathread on Reddit to put forward their predictions – which we go through later on.

NOW READ: Here’s the full August PS Plus line up

The selection this month is actually pretty strong and has something for everyone.

Tony Hawk’s is a nice surprise and will go down well for those who didn’t pick it up because they were unsure. While Yakuza is another solid offering, serving up hours of entertainment.

Little Nightmares is an interesting choice – and could go down well after you’ve completed Stray. It’s certainly a fun game, and is very very different to the other stuff on offer.

READ NOW: A PS5 Slim would be amazing – but is it actually going to happen?

The PlayStation Plus July drop was decent (Crash Bandicoot: It’s About Time was the highlight), however, with August fast approaching, we’ll certainly be wanting even more.

There is plenty of speculation around the topic this month.

Forums, Reddit and social accounts are starting to bubble over with queries on what is in August’s PlayStation Plus game pack.

Some fans on Reddit want to see more Indie games arrive on PS Plus, after the success of Stray last week.

Others have been predicting Neir Automata will hit the service during 2022, possibly related to the release of Nier Replicant.

There have even been calls of the original Call of Duty: Modern Warfare – which we’ve included in our WePC wildcard predictions.

One fan wrote: “Stray was an incredible surprise for this month’s Playstation Plus Extra and not only was the game a success but I also know a lot of people who have subscribed to Playstation Plus or upgraded just to be able to play Stray.”

Elsewhere, another fan wants Death’s Door to appear – as it’s been out on Gamepass for some time.

Below we will list some of the games that could be available in August’s PlayStation Plus Essential package:

The highly anticipated title didn’t do as well as expected on launch, however, it still holds plenty of hype within the racing community.

Putting the game onto the PlayStation Plus Essential platform could very well give the Hot Wheels game the boost it so desperately needs.

Play as the one-armed Wolf in this action-adventure game, tackling larger-than-life foes in your quest to protect a young lord – a descendant of an ancient bloodline.

The game now features a GOTY Edition and could be the perfect time to unleash the original edition on PlayStation Plus for August.

Spider-Man: Miles Morales was officially released back on the 12th of November 2020 and was a big hit amongst fans of the franchise.

The 2020 action-adventure game was developed by Insomniac Games and published by Sony Interactive Entertainment, based on the hugely-popular Marvel Comic character Miles Morales.

While unconfirmed, we could see a larger title such as this hit the PlayStation Plus Essential package to try and entice people into the more premium Extra/Premium options – which both feature a large catalogue of similar titles.

Saints Row 5 will be launching in August, so there’s no better time to start ramping up the hype.

That’s why we would love to see Saints Row 4 coming to PS Plus. It has possibly my favourite ever opening to a Saints Row game that sees you play as The President and climb a rocket travelling to space. Incredible.

We’ll take any Saints Row game – we just can’t wait to get our hands on Saints Row (5).

Right, we probably all know the chances of this are slim, but seriously, this is one of the best games we have ever played.

With hype building for Ninja Theory’s second installment, what better time to get Senua back on our consoles.

Plus, it tackles important issues around mental health – so it’s got a hard-hitting important message at its core.

Acid Nerve’s adventure game may have only been out a little under a year, but Xbox GamesPass owners have been enjoying it for some time now.

We think it’s time PS owners got the chance to experience this action adventure game too.

With hype building around the new game, what better time for treat people to the 2019 original.

The game went down a storm during release, boasting near photo-realistic graphics and the stunning ‘Clean House’ mission that went on to achieve legendary status.

We really hope it’s included in this month’s games.

There have been reports that Dino Crisis and Ridge Racer 2 appeared briefly in the PS Store in Italy before vanishing.

While this needs to be taken with a salt, we would love to see both games arrive for the Premium subscriber tier members.

Premium tier offers trials and a classics catalogue with hundreds of PS2, PS3, PS4, and PS5 games – so it’s perfect for those who want to relive some of their favourite memories from consoles of yesteryear.

Other classic titles we’d love to see arrive to PS Plus Premium in August are:

For a full list of all games included, you can find this on the PS website right here

Quite possibly our favourite PS1 game – and still plays brilliantly today. We actually think it’s better than the first.

From the moment you parachute on to the snowy mountains, you’re treated to sensational gameplay with then state-of-the-art visuals that pushed the PS1 to its limits.

We could think of nothing better than tasering a load of bad guys. Fun fact, when it was released the taser caused a huge amount of controversy – as you could taser foes until they burst into flames.

Thankfully, the blocky PS1 graphics are far from realistic – but it’s still pretty grisly to watch.

What a sensational game this was – so ahead of its time when it was released in 1996.

The graphics blew us away when it arrived on the PS1, especially when the face hugger crawled up the screen.

The sites and sounds, including the pulse rifle, were absolutely on point – creating an atmosphere James Cameron would have been proud of. The latter game, Alien: Resurrection didn’t hold a flame thrower to Alien Trilogy.

We wanted to shout out some of our favourite predictions from the PS Plus Megathread.

Other are hoping to see Jedi: Fallen Order – which, in our view, would be incredible.

Our favourite prediction is actually The Order 1886 – which arrived on the PS4 in 2015. It still looks absolutely incredible, and has grown quite a cult following after a bit of a lukewarm reaction on release.

It appears that the lineup for August’s PS Plus Essential games has been leaked over on Dealabs. These are:

The PlayStation Plus July drop offered up a trio of cool games this month, seemingly offering something for every type of player. The July games were officially announced on Wednesday, 29th of June, and were available for download on Tuesday, 5th of July.

Below we have listed the three games available for PlayStation Plus July:

The well-balanced mix of games offers up something for everyone; a fun-filled platformer, a co-op multiplayer mix of PvE and PvP, and a scary interactive drama for horror fans.

Of course, PlayStation Plus Extra and Premium subscribers will have access to a much larger inventory too.

What is PlayStation Plus?

PlayStation Plus is Sony’s monthly subscription-based service that enables players to participate in online multiplayer play for both PS4 and PS5 consoles.

PlayStation Plus is required to play most of the games on Sony’s platform – with only a few free-to-play titles not included in this list.

Within the PlayStation Plus platform, users can sign up for three separate tiers of PS+:

Each offers increasing rewards and ranges in price, with the Premium option offering the best in terms of value and available games.

Premium subscribers will be able to get a demo of the new Rollerdrome game from Pirate Division – which launches on August 16. The demo will last one hour – enough for you to get an idea of what’s in store.

There’s also a seven-day membership trial for the new PS Plus that’s been added for new users on PlayStation’s website and spotted by gamers on the PS Plus Reddit.

Simply head over to the PlayStation site, and you can sign up to trial 3 tiers and get access to more than 400 games.

You’ll also be able to get access to the new game, Stray, theoretically meaning you could download and complete the game for free.

What comes with PlayStation Plus Essential?

PlayStation Plus Essential is the base subscription package Sony offers, costing you around £6.99 a month and featuring three unique games every month.

What comes with PlayStation Plus Extra?

PlayStation Plus Extra will set you back £10.99 a month and gives you access to the same three titles that Essential offers.

What comes with PlayStation Plus Premium?

Alongside this, Premium subscribers will also have access to game trials and a classics catalogue with hundreds of PS2, PS3, PS4, and PS5 games.

Unlike the Essential package, PlayStation Plus Extra and Premium free games don’t get announced until later in the month. They normally launch around the third week of each month, with announcements made a few days in advance.

That said, July Extra and Premium games may have been leaked early by ResetEra leaker BlackBate, saying the following games are likely to be available for Premium and Extra subscribers.

When are PS Plus monthly games announced?

As you probably know by now, PlayStation Plus monthly games are announced on the last Wednesday of each month.

The games for all three tiers of PlayStation Plus will then become available on the first Tuesday of the month, with July’s games announced on the 29th of June and available on the 5th of July.

The same will apply for the PlayStation Plus August drop, with games announced on Wednesday, 27th of July and available for download by Tuesday, 2nd of August.

The July PS Plus games were announced on July 13th, and you can find the full list here.

Is There A Free Trial?

Yes! There’s a seven day free trial for PlayStation Plus currently available which will allow you to experience the service before you decide to commit to actually purchasing the service itself.

What is PlayStation Plus?

PlayStation Plus is Sony’s monthly subscription-based service that enables players to participate in online multiplayer play for both PS4 and PS5 consoles.

PlayStation Plus is required to play most of the games on Sony’s platform – with only a few free-to-play titles not included in this list.

What comes with PlayStation Plus Essential?

PlayStation Plus Essential is the base subscription package Sony offers, costing you around £6.99 a month and featuring three unique games every month.

What comes with PlayStation Plus Extra?

PlayStation Plus Extra will set you back £10.99 a month and gives you access to the same three titles that Essential offers.

What comes with PlayStation Plus Premium?

Alongside this, Premium subscribers will also have access to game trials and a classics catalogue with hundreds of PS2, PS3, PS4, and PS5 games. 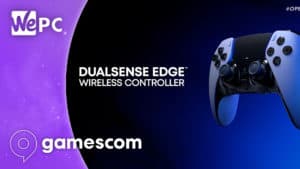