Subnautica: Below Zero Console Commands – Cheat Codes and More in 2022 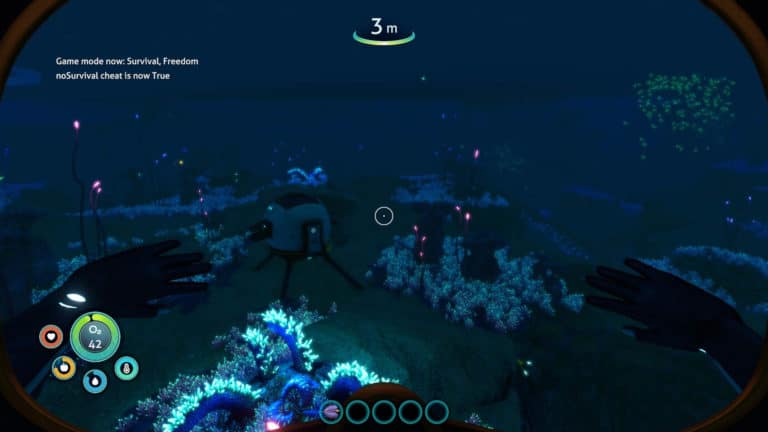 Subnautica: Below Zero is the much-anticipated sequel to 2014’s Subnautica, with the key difference that you’re trying to survive on an alien ocean world, but this time it’s a bit nippy out. As the name implies, you’ll spend a lot of time worrying about freezing to death, with a lot more land-based exploration than the last game offered. With an entirely new dimension to your exploration, it’s no wonder that fans of the last game have been hyped up for this game to come out. Having said that, any story-based game is eventually going to run out of content, which is where console commands come into play.

Console commands can really change the way you experience a game, and unlike many other titles, the command console is even available on most console versions of the game. Below, we’ve compiled all of the best commands into the list below to make it much easier for you to get up and running with console commands.

How to open the Command Console

Much like the last game, you won’t be able to open the command console straight away, so we will have to mess around with some settings first. When you get into the game, tap F3 to bring up the debug menu, then tap F8 to free up your mouse. Now make sure to uncheck the ‘Disable Console’ option, then press F3 and you’re good to go. Just remember, doing so will actually make it impossible for you to get achievements, so only do this on a save you don’t care about. You also won’t need to do this on the console version of the game.

Now on PC you can press Shift and Enter at the same time to open the command console. On the console version of the game, you’ll have to press the two front bumper buttons and then the south face button. So, for example, on PlayStation, you have to press L1, R1 and X all at the same time.

There are a fair few console commands in the game, so we’ve broken them down into several groups to make it a bit easier for you to find the ones that you need at any given time.

As this is a survival game, there are several commands that you can use to make surviving easier. Just remember, because this is a game about surviving, using these cheats will fundamentally change how the game feels to play.

There are plenty of different vehicles to find as you make your way through the storyline of Subnautica, and each new level of vehicle you make will allow you to explore further and further. Of course, if you use these commands, you’ll be able to pull a fully-upgraded Cyclops out of thing air, amongst other things.

While some of the commands above could be used to modify your gameplay experience, these ones are straight up about cheating your way through the game. Not only do they tend to make you nearly unkillable, but some of them have the potential to negatively impact the performance of the game if you use them wrong. That said, enjoy some of the most powerful commands you’ll find in Subnautica.