Home » Gaming » World Of Warcraft » World of Warcraft’s new expansion will be revealed in April – Dragons?

World of Warcraft’s new expansion will be revealed in April – Dragons?

World of Warcraft's next expansion will be revealed on April 19. 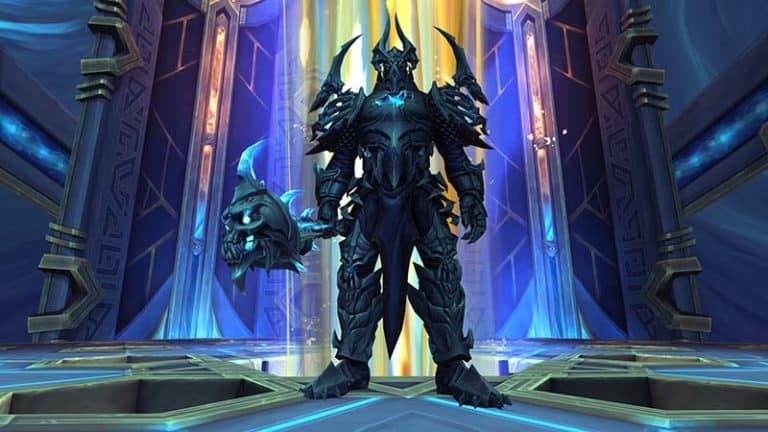 Blizzard Entertainment has announced that it will reveal World of Warcraft’s new expansion on April 19, 2022. The developers posted a picture, and a blog post of the upcoming content cycle of World of Warcraft themed IP content for the next few months, detailing teasers of what to expect from Warcraft’s future.

It is no surprise we are getting a World of Warcraft new expansion. The recent release of the WoW. 9.2 patch, Eternity’s End, is the last patch of the expansion. The content is now live, and as of March 8, the Race to World First kicks off with the weekly reset. With the conclusion to the Mythic race, we will get to see the final three fights of the race and, thus, likely get to see the final cinematic of the expansion’s main storyline. When that happens, we will likely conclude the Shadowlands story.

But what comes next? Of course, there must be a new WoW expansion. Perhaps the end of the raid will tease what to expect, allowing us some hype of what may come on April 19 with the next World of Warcraft expansion announcement stream.

However, we do have a feeling of what we could be up against. We have had several leaks appear regarding the potential World of Warcraft expansion for 2022. We had the original WoW Awakenings leak back in November, while the more recent ones seem to point to a potential Dragon Isles expansion. The Dragon Isles is rather plausible since the Dragonflights are getting active once again, with small story tidbits here and there. Moreso, the Dragon Isles is content that has been something Blizzard has preestablished for a while, so actually going there could make a lot of sense.

However, there is no guarantee WoW’s new expansion will arrive in 2022. Considering the delays, strikes, unions, lawsuits, Microsoft buyout, it seems like there is a lot of external pressure on team 2. We will probably mess around with an Alpha and Beta in 2022, but a full 2022 release may be a stretch.

What are your thoughts on the potential expansion announcement? Let us know in the comments.