It becomes financially reasonable to invest in the top graphics cards for video editing. Although they will set you back a little money, the money you will save by having a more efficient workflow will far outweigh that initial investment. In the article below, we’ve compiled the top graphics cards for video editing to make it easier for you to pick the one that best suits your requirements.

Nvidia GeForce RTX 3060 Ti would be the greatest overall graphics card for video editing. We recommend the RTX 3060 Ti as our top card because it hits the sweet spot between price and performance for the great majority of non-commercial videographers and is the best value option for video editing and rendering.

Currently, the fastest GPU for video editing are those from Nvidia’s RTX 4000 series. However, you’ll need to export numerous hours of extremely valuable video to justify an RTX 4090, given its MSRP of $1,600 and enormous 450W power consumption.

The RTX 4080 is the next model in the RTX 4000-series ladder. With its $1,200 MSRP and 320W power consumption, this will still be a beast when rendering videos. Other highly astonishing numbers include 16GB of GDDR6X memory operating at 22.4Gbps on a 256-bit bus, providing an astounding 736GB/s of effective memory bandwidth. All of that means that even if you work in 8K, this will handle whatever you can throw at it.

For video editing, AMD’s cards are consistently slower than those from Nvidia. However, AMD Radeon RX 6800 XT would be a wonderful alternative for macOS if you have a 2019 Mac Pro tower and wish to upgrade your graphics card.

Nvidia has a wide choice of Quadro graphics cards in addition to its huge GeForce lineup. Quadro cards are specifically made for professional applications like scientific computation, 3D rendering, and to a lesser extent, video editing. The RTX A4000 is a great graphics card and is actually rather reasonably priced for a Quadro card if you’re going to be editing mission-critical material and system stability is therefore absolutely important. 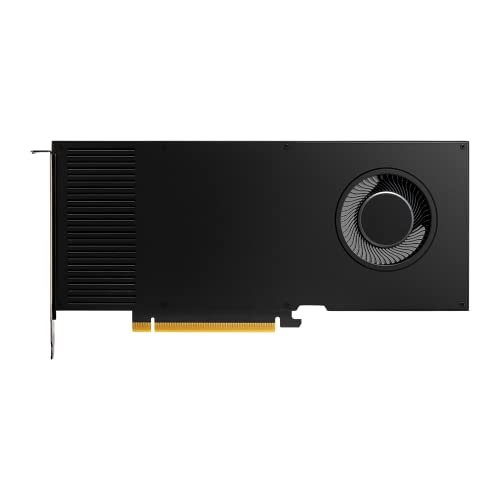 NVIDIA RTX A4000
Buy on Amazon

Best GPU for Deliver Us Mars