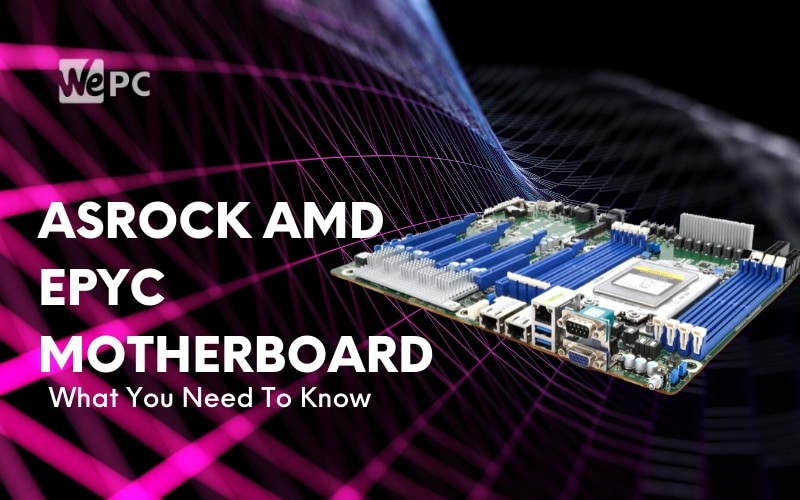 The motherboard, named the ROMED8-2T, is designed to hold the EPYC 7001-series and the EPYC 7002-series of processors. This is a server product and features a standard LGA4094 socket.

Connectivity Options For Memory And Storage

The great thing about this motherboard is that it offers so much connectivity.

There are two mini-SAS connectors that can be used to support up to eight SATA III drives as well as one SATA DOM port.

The motherboard has eight DDR4 memory slots that can support different formats of memory, depending on what your needs are.

Thanks to Intel’s X550-AT2 controllers, the motherboard also has two 10 Gigabit Ethernet ports for extra connectivity.

While this motherboard is designed for server work and perhaps better suited for business use, for those who wish to run their own personal servers, this looks to be an interesting development from ASRock that could be worth checking out.