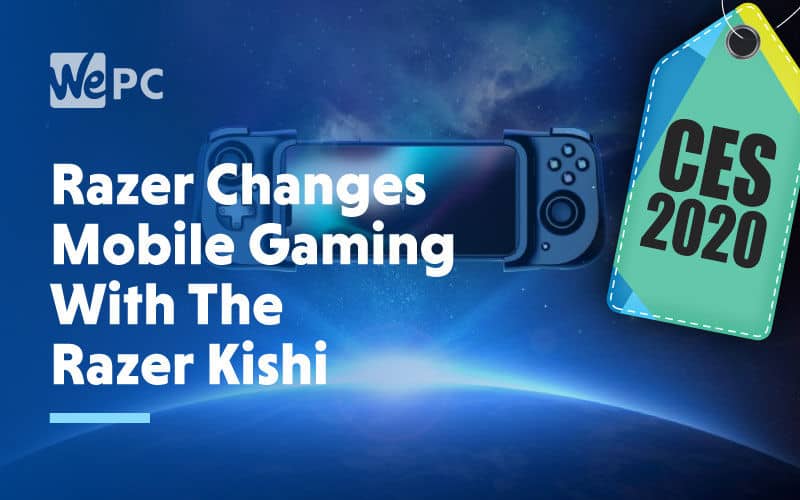 There is some incredible tech being revealed at CES 2020, with fans of PC gaming, display technology, and even VR being treated to innovative and exciting product unveilings from some of the biggest names in technology today. Razer even used the event as an opportunity to showcase the Razer Kishi – which we think mobile gamers are going to be very excited about.

The Razer Kishi is Razer’s answer to a lack of comfortable controllers designed for mobile gameplay. Remarkably similar in design to Nintendo’s Joy-Cons, the Kishi is set to work with iOS and Android devices, along with any controller supporting games that players might have on their phone.

Specifications-wise, the Kishi comes equipped with USB-C connectivity, as well as the ability to connect via Apple Lightning (you can also expect pass-through charging features to be included as well). The Kishi is also tipped to support low-latency gameplay on both Android and iOS devices, promising engaging and competitive gameplay from the very start.

From a usability standpoint, the Kishi is equipped with two clickable joysticks as well as shoulder buttons, a d-pad, and four action buttons – just like what players are used to finding on conventional controllers. The Kishi can be connected to either side of a gamer’s phone, or (like the Joy-Con), attached together to form a traditional controller shape and played free of the phone itself.

What Can You Play With The Razer Kishi?

So, what can gamers expect to play with the Kishi? Well, with the current popularity of mobile games like Call Of Duty: Mobile and Fortnite, right now titles like these may offer the best support and practical usage (plus, the Kishi might give you an advantage over other players).

But what about the future? You can be sure that Razer designed the Kishi with one major upcoming gaming feature prominent in their minds: game streaming.

Sony already have game streaming available for their players, with Microsoft currently developing their own streaming service for Xbox players to use in the future. Both companies seem heavily invested in the technology, with each expressing their interest in long term development and investment into game streaming.

What does this mean for mobile gamers? Basically, that they can expect console-level AAA games to be available to play through their phone – and now, thanks to the Razer Kishi, they are going to have a controller at the ready to play them on the go.

The Razer Kishi hasn’t had a price tag attached yet, but we are excited to see what the controller does to streaming services like Xbox Cloud, PSNow, and the GeForce cloud. Looking for more news from CES 2020 as it happens? Make sure to check out our CES 2020 hub page, where our team will be posting all the latest updates from the show floor as it happens.