The GPU market continues to be a total mess. 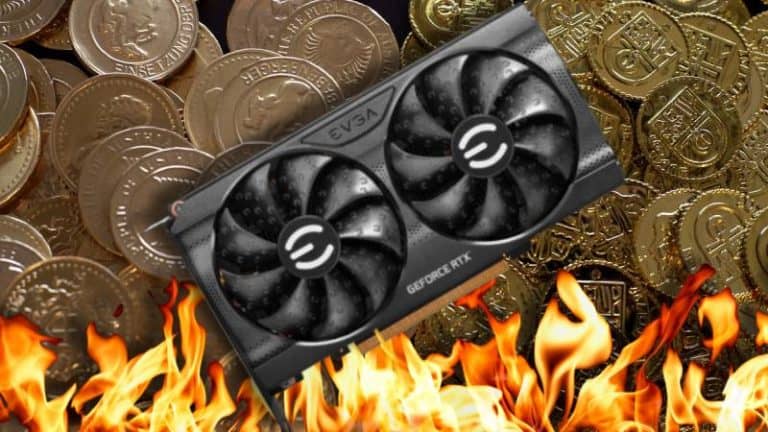 Table of Contents hide
RTX 3050s are already being scalped on eBay
Why are GPUs being scalped so much?
Did the RTX 3050 even launch at MSRP?
Is the GPU market going to get better?

With the launch of the RTX 3050 yesterday, Nvidia’s latest entry-level graphics cards were poised to shake up the lower-end market by bringing handy features such as Ray Tracing, DLSS, and more to gamers who were previously sorely lacking these technologies, with their only options having to lean on cards that are based on older technologies, and lacking in both performance and their features. We saw AMD enter the ring with their RX 6500 XT, which we reviewed here. Now, The Nvidia option at an MSRP of just $249 looks to recapture the market of users who are still lingering on older platforms and move them over to the latest generation of cards.

RTX 3050s are already being scalped on eBay

However, with supply and demand as they are currently, this might be an issue for many users who are looking to pick up a graphics card at the suggested MSRP of $249. We’ve previously reported that even AIB custom cards are reaching near to double the card’s MSRP, and now with the initial batches of the card seemingly sold out within minutes, once again the scalper market has turned to mark even the most basic of RTX 3050s up by almost 100%, to double its asking price. One cursory glance at eBay will give you the simple issue with the current GPU market. People are still purchasing cards such as the RTX 3050 for double MSRP. So long as people are willing to pay those prices, the higher the prices on all graphics cards will continue to be. This is just one factor in why GPU pricing is as broken as it stands currently. We’ve attached a little screenshot of sold RTX 3050s that have been listed since the launch of the card itself.

Why are GPUs being scalped so much?

Partially to blame are rising material costs, the current global semiconductor shortage, in addition to international distribution issues happening in some countries. There is more demand for powerful silicon, signaled by the latest generation of video game consoles, and unless you’ve been living under a rock, those have also been pretty difficult to find, too.

Mix all these issues into a single product segment, and you’ve brewed a perfect cocktail of perpetually out-of-stock graphics cards, and consumer desperation pushing up the prices of these electronics. It’s been like this since early 2021, after the Ampere graphics cards were initially released, and has so far shown no signs of stopping. With sources claiming that there is, or has been an ample supply of graphics cards, chip foundries are perpetually pumping out as much silicon as they can in order to keep up, but it’s just not able to keep up with the cottage industry of botters and scalpers who are also wanting to make a quick buck out of these products.

It’s difficult to tell when these shortages will render a panacea unto themselves, as the issue has been consistently reappearing across almost every graphics card launch for over 12 months. With no end in sight, AMD seemingly attempted to make the RX 6500 XT unscalpable, unminable, and with cut-down, cost-effective features that still brought gamers frames. The issue is, because of the thing we mentioned before about material costs, it still appears on paper as being around the same performance as older cards, according to some websites. But, they’re still in stock for $199. Not quite at their advertised MSRP, but the point still stands. This is because of the unusual way the card is built, which could turn off a lot of consumers. Unfortunately for the RTX 3050, it does have all of the features that gamers seem to be wanting, such as a larger amount of VRAM, and video encoding on the chip.

So, if the RX 6500 XT is getting marked up, and is essentially an ‘unscalpable’ chip, with the card only selling for around $50-80 more than the asking price on sites like eBay, what’s happening with the RTX 3050?

We can see from the data obtained by GamersNexus that the RTX 3050 did indeed launch with a handful of models at MSRP in the US, with sources in the UK saying that there were ‘almost 1000’ cards available to users at MSRP. Bear in mind, that in the US and UK that MSRP is placed at $249 USD / £239 GBP, but we often saw many other cards get listed (and sell out) for much more than that thanks to the costs that the AIB manufacturer places on the card itself. So, did anyone even manage to get one for the price listed by Nvidia? We took to the old streets of /r/buildapc to find out.

“Tried from 2 PM until 5:30 PM and couldn’t get one. Every time I put it in my basket, it sold out straight away” says one Reddit user, who continued; “They all seem higher than £249 as well which is disappointing.” But, it wasn’t all bad news for another user, who did manage to get a card for the listed MSRP at UK retailer Scan, who had a single SKU listed for MSRP at launch, and sold out within seconds of being listed.

Another person, the owner of a small electronics store mentioned the stock they’ve attained: “Got 42 inbound and got them at wholesale $205 each.” But, he continued to mention that those 42 units are expected to last him until June, meaning that while he did indeed manage to secure a decent wholesale price from their distributor, they might have to inflate the prices of resale to consumers to offset the fact that they got less than 50 cards, which expected to last them for half a year. At a certain point, they’ve got to make the money where they can in light of the shortage issues. This is of course partially conjecture, but due to the shortages in supply, it could mean that retailers are just trying to get their slice of the pie, which passes the costs over to consumers.

“Me and my friend tried for an hour in the UK only to find there was a supplier issue and we basically completely wasted our time. Tempting to look elsewhere, but the £250 price tag is way too tempting to go anywhere else.” comments another, remarking on the fact that there are remarkably few graphics cards actually being sold to the end-users for their recommended MSRPs, and instead being totally reliant on marking their stock up in order to make up for the potential of lost sales due to supply constraints or other supplier issues.

Is the GPU market going to get better?

Unfortunately, the snake might just continue to eat itself. The current prices of graphics cards are less friendly than ever thanks to the reasons that we listed before, and with stories of success, despair, and of smaller retailers clamoring to get cards to resell since they’re in such short supply, the outlook is quite bleak. However, many have alluded to an end to the chip shortage, but now that retailers and manufacturers have cottoned on to the fact that consumers are willing to pay much, much more for their PC components, it’s possible that we could see the higher prices that are proving to be incredibly lucrative for certain companies continue to price their cards higher, for others, it might just be a mix of inflation as well as a higher cost of materials that force them to come up with creative solutions for difficult problems, which is how we ended up with the RX 6500 XT graphics card.

Expect more compromises towards the lower-ends in order to drive down prices from here on out. So strap yourself in, it’s looking like a bumpy ride until the end of the chip shortage.

Looking for a GPU of your own? Best of luck, it’s tough out there.