Cryo Regisvine Genshin Impact – Weakness and How to Beat

Everything you need to know to take on the Cryo Regisvine. 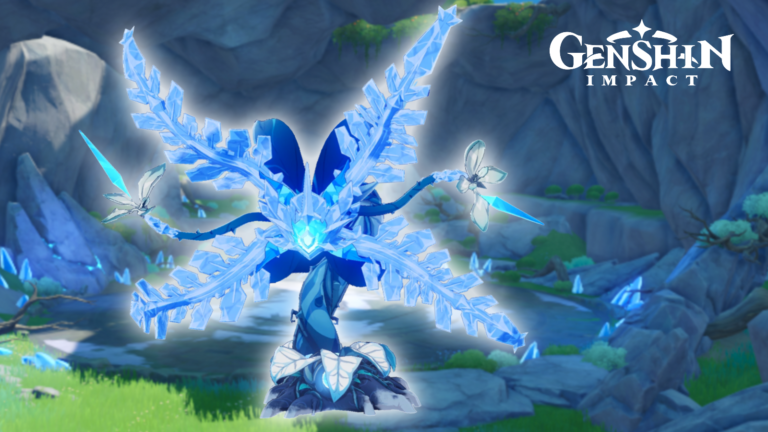 The Cryo Regisvine is one of Genshin Impact’s Normal Bosses. It’s the only Boss that drops the Hoarfrost Core Character Ascension Material. So if you have Cryo characters that need Ascending, you might need a Hoarfrost Core or two for them. Here’s everything you need to know about the Cryo Regisvine’s attacks, weaknesses and how to beat it.

Homing Icicles: Fires barrages of icicles that home toward the player, dealing Cryo DMG on hit.

Spin: Spins quickly, dealing Cryo DMG and knocking any characters back. Infuses the ground with Cryo, which deals Cryo DoT.

Blizzard: Creates an icy air that it aims at the player, dealing Cryo DMG.

Flail: Smashes its head on the floor and swings around quickly, dealing Cryo DMG and knocking players away.

Half Flail: Smashes its head on the floor and swings around its roots, dealing Cryo DMG and knocking players away.

Rotary Spray: Fires a beam of Cryo from its corolla while spinning, rapidly dealing Cryo DoT to any players caught in the beam and infusing the outer ring of the arena with Cryo. The infused ground deals Cryo DoT to characters who step on it until it disappears.

How to Defeat the Cryo Regisvine

All Elements except Cryo and Hydro can deal DMG to the weak spot, however, Pyro is most effective. Therefore, you’ll definitely want to bring your strongest Pyro characters to this fight; Diluc, Hu Tao, Klee, Yoimiya, Xiangling and Yanfei are all great choices, and bringing Bennett along for the buffs is a good idea, too. To beat it, use Pyro attacks on the weak point until the Cryo Regisvine is downed, then go all in with your strongest attacks!