Spartan Lasers? Not here, my friend 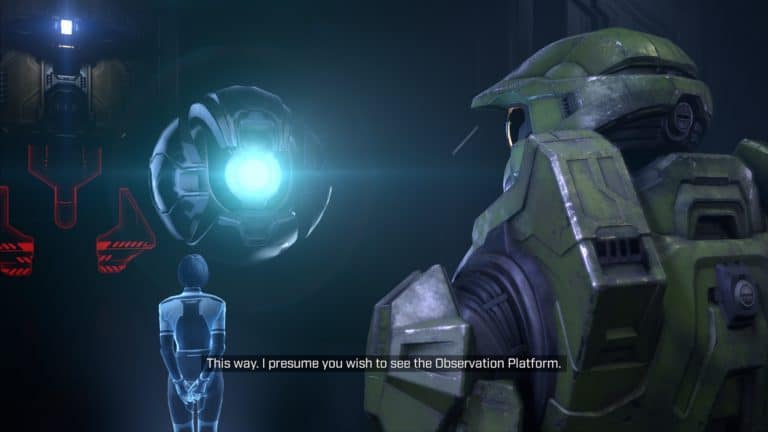 This is more like it, isn’t it? A small orb, flitting about and wittering on about nonsense that you’re going to ruin plans that clearly no one wants any part of. Reminds me of an old friend.

Boss fights are actually quite a new concept to Halo, especially in this style with health bars, as prior entries had combat encounters like Guilty Spark in Halo 3 or the recurring fights in Halo 5, but never anything like this. It’s a neat distraction from the usual fare of Halo sandboxes and mowing down marines by accident as you jettison yourself off a hill in a warthog.

Anyway, Master Chief knows the score with these robots, their nightmarish laser beams and traitorous ways. The difference between this and Guilty Spark is that this one has a big machine with arms. Also, it’s one of the easier fights in Halo Infinite.

Avoid his lasers by hiding behind the walls and on Legendary, if you’re caught in these you might as well attempt an evasive manauver because it’s not long before you’re going to see a loading screen.

There’s no shields on the Monitor, but he does have four arms. Shoot these off and he will resort to firing his big face laser instead. From there just continue to chip away at him until he explodes.

The front of the room near the windows has a bunch of weapons on it, including a Sentinel Beam, which will fry him nice and quick. The room is also filled with kinetic ammo barrels, so you’ll be able to refill on missing ammo quite easily. 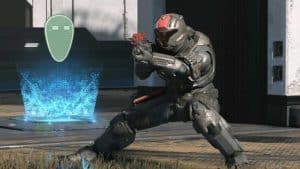 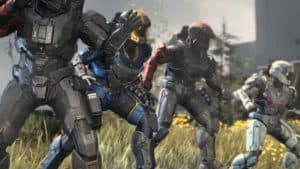 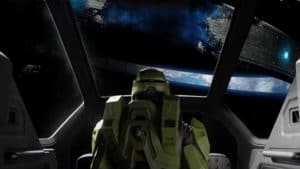 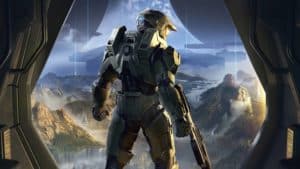