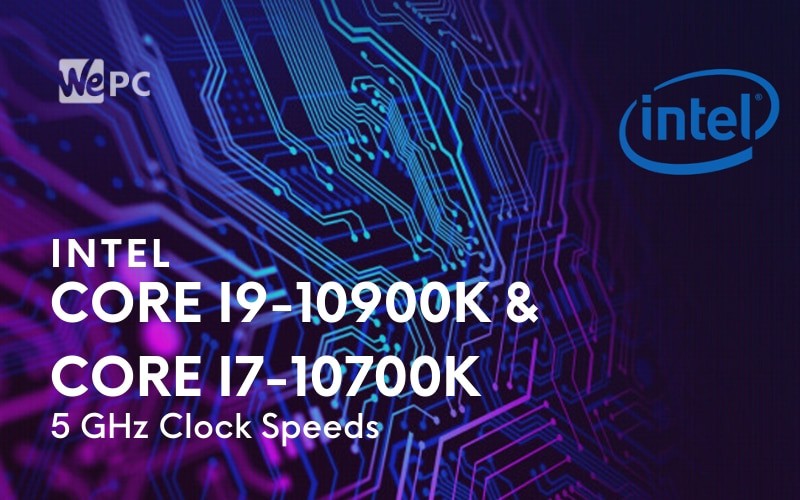 In the leadup to its release, we are still being treated to leaks concerning the upcoming Comet Lake-S desktop processors. More information regarding both the Core i9-10900K and Core i7-10700K has surfaced, along with some promising information on the i5-10600K.

First off, we’ll start with what we’ve learned about the Core i9-10900K and i7-10700K. Key marketing information published by VideoCardz confirms that the i9-10900K can reach a clock speed of up to 5.3 GHz through the use of the Thermal Velocity Boost. While being able to reach 5.3 GHz, this 10 core, 20 thread processor is also able to produce a regular clock speed of 4.8 GHz, with up to 5.1 GHz in a single core.

On the slightly lower end of the spectrum, the Core i7-10700K will also be able to reach a clock speed of over 5 GHz. Coming with 8 cores and 16 threads, the processor will be able to manage up to 5.1 GHz but using max turbo 3.0.

While the news of the Core i9 and Core i7’s clock speeds is nice to see, it’s starting to look like the i5-10600K might be one of the more impressive options out of the bunch. This 6 core, 12 thread processor will deliver up to 4.8 GHz on a single core and depending on how it is priced, it could compete with AMD’s Ryzen offerings.

Although these chips are hitting high clock speeds in tests, this does come at the cost of the consumer having to upgrade both their motherboard and cooling systems to achieve this. Running these processors at such high speeds will only be possible for those who have a decent cooling system in place and these chips will only run on LGA 1200 socket compatible motherboards.

With the expected release of these chips believed to be April 30th, we might still see some more information surface before then. Keep checking back here regularly and we’ll make sure to bring you all the latest news.