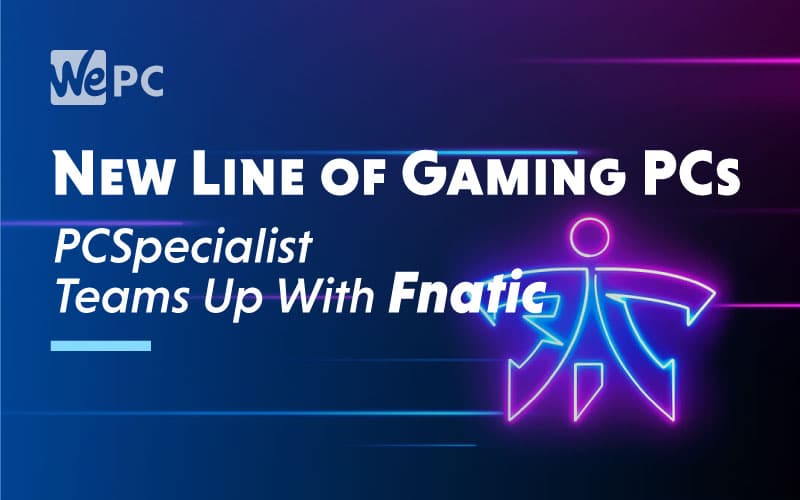 PCSpecialist has joined forces with Fnatic, one of the world’s leading esports gaming outfits to build a series called Official Fnatic Gaming PC.

This new gaming PC will be used as part of the Fnatic’s gaming facilities for their pro esports team. Fnatic currently has bases around the world, in cities such as London, Kuala Lumpur, and Berlin.

Patrik Sättermon, Chief Gaming Officer at Fnatic said: “We have the perfect hardware partner in PCSpecialist, the team understands what our players need from the equipment and expertly deliver a platform that exceeds expectations, giving our players the tools to be able to perform at the highest level.”

PCSpecialist will provide all Fnatic’s pro players with top of the range gaming equipment for use during tournaments and practice sessions – for example, at the Intel Extreme Masters CS:GO battle happening next month.

However, this new gaming PC series will also be available for consumer purchase across Europe. So, you’ll be able to experience the same equipment that some of the best players in esports use for yourself.

Fnatic and PCSpecialist have given us some insight into what their gaming series will look like, by offering up specs for their training facilities PC.

When And Where Can I Purchase The Official Fnatic Gaming PC?

If you are a fan of the Fnatic esports team, you will be able to purchase this premium gaming PC to practice your own esports gaming skills from the comfort of your home. You can buy the Official Fnatic Gaming PC from PCSpecialist’s website now. Of course, you can make some adjustments to your gaming PC build according to your own personal requirements.

Will you be joining the esports experts and purchasing a gaming PC from Fnatic? Let us know in the comments.