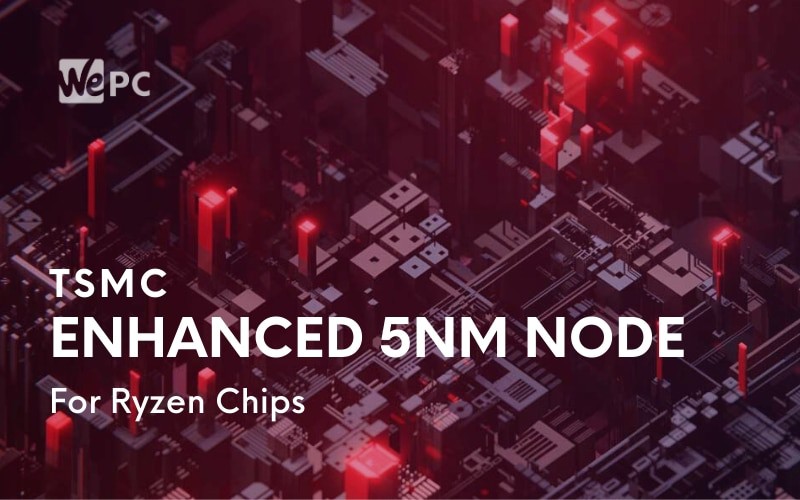 TSMC, AMD’s main chip manufacturing partner has apparently been working on an enhanced version of their 5nm node.

First reported in a story by Chainnews, it was noted that TSMC has received a drop in 5nm and 7nm production orders from Huawei, but Apple has stepped in to take the slack. Apple’s orders for 5nm sparked some interest in the industry as it suggests that they will be competing with AMD by the time they release their 5nm chips.

According to the news story: “TSMC is said to have developed a 5nm enhanced version of its process specifically for AMD, which has a capacity requirement of no less than 20,000 12-inch wafers per month.”

What Do We Know About 5nm Chips?

TSMC has already announced its 5nm design will have a 1.84x increase in transistor density when compared to the 7nm currently on the market.

While this looks promising, the details on 5nm nodes are still quite sparse at the moment. There are still a lot of rumors circulating so it’s hard to know what will be confirmed in the end.

It looks like TSMC is preparing for its enhanced version of 5nm nodes to become available in 2021. This would suggest that we could see AMD’s Zen 4 architecture come into the market in the same year.

Performance Improvements From The Enhanced 5nm

According to Wikichip, this new enhanced 5nm node will deliver around a 7% performance increase when compared to the standard node. However, it’s unclear whether this is due to a boost in actual performance or whether it’ll be the same performance but with a 15% lower power draw.

Reports suggest that TSMC’s new 5nm nodes will be for future generations of Ryzen chips. However, it’ll be some time before we see them in wide-scale production. So far only AMD’s Zen 4 CPUs are slated to get the new production lithography from TSMC.

Although the quote above from Chainnews does suggest that TSMC will be creating a 5nm node for AMD, whether it’s specifically designed for AMD is still not confirmed. Being the biggest semiconductor manufacturing company in the world, TSMC makes chips for a range of companies besides AMD including Nvidia and Apple.

It’s all a bit unclear at the moment and we may have to wait until next year to get confirmation on any of this. In the meantime, if we hear any updates or confirmations on these reports, we will be sure to keep you posted.