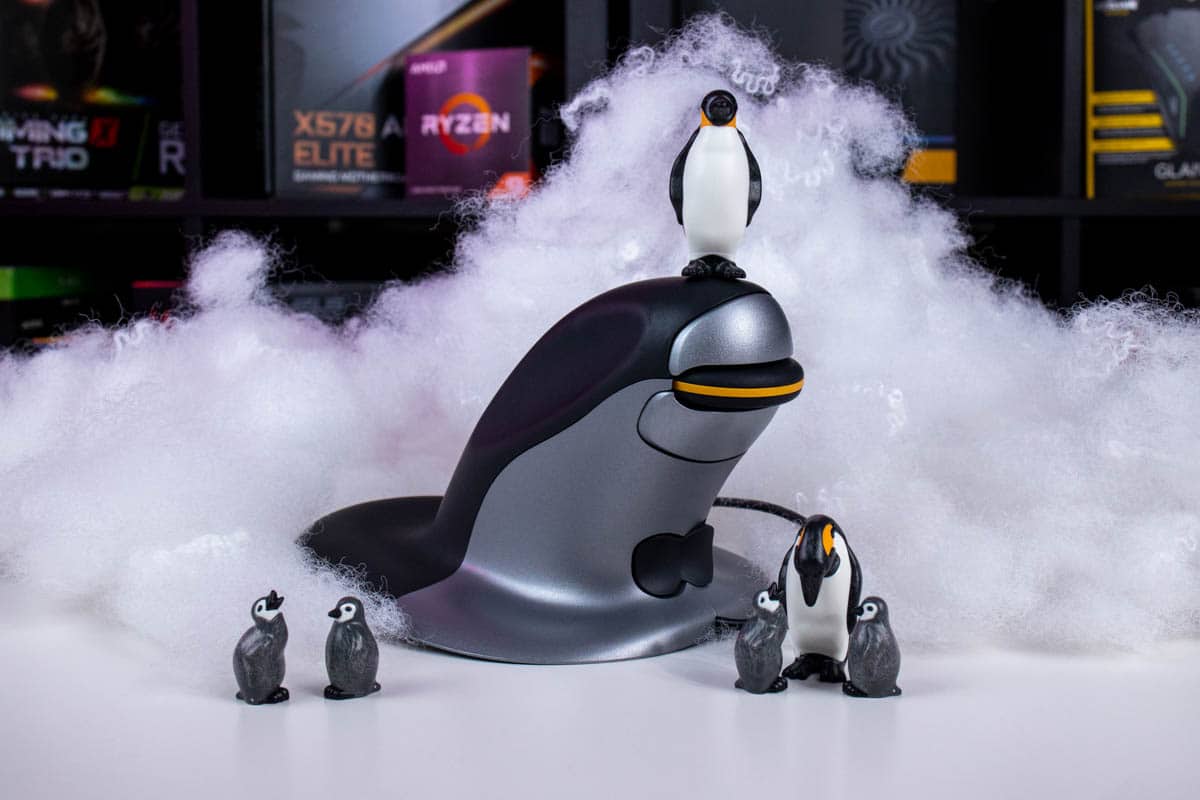 Yes indeed, dear reader, we’re finally reviewing the Penguin mouse. If you, like us, spend a lot of time on the internet searching for the best gaming mouse, you might have noticed this phallic b******’s Amazon link appearing in the ‘Shopping tab’.

Well, we were tired of looking at his smug face and had to bite the bullet, buy him, and put him through our extensive gamut of tests, to see if the bloody penguin mouse deserves his frequent google appearances.

Posturite’s marketing material says that this mouse ‘offers computer users new standards of protection against work-related upper limb disorders’. This is a large claim for a penguin, so read on, as we finally put the Posturite Penguin to the test to see if he’s all bark and no beak. 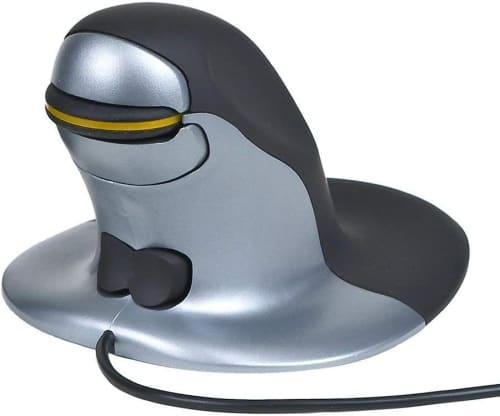 Wow, that was a short list eh? To be honest, that’s about all you need. Far less filler than all the warranties, dongles, cables, and other crap that companies like Razer, Corsair, and Logitech tend to overload their boxes with.

The packaging is refreshingly utilitarian too, with no foam or peels, or padding to speak off. Our sample arrived in pristine condition, which is a testament to the Penguin’s solidity. Where the real thing is critically endangered, the Posturite Penguin emerges from the box with nary a scratch on its blubber.

Setup was a smooth process too. Simply plug the penguin’s cable into any vacant USB socket and you’re ready to go. Posturite hasn’t bothered will the frivolous USB 3.0 standard here, instead opting for good old-fashioned USB 2.0. The people’s port.

To those who haven’t yet tried the Penguin mouse, the design is probably the most enticing aspect, and we have to admit, it’s a good-looking mouse.

The curved, rounded-off design provides a smooth exterior while also making the Penguin a rather nice handful too.

As you reach the bottom of the penguin, the base flairs out to provide a stable base and prevent the heel of your hand from rubbing on the mouse pad.

However, it also looks like global warming has taken its toll after someone pointed out that it actually just looks like the penguin has melted. Unable to unsee this, we’ll move on.

Moving toward the tip, we find both buttons, giving the game away and proving that this is not in fact, a real Penguin. Those have 3 buttons.

Speaking of flair, casting our eyes downward, we find that this bonny bird is dressed to impress with a bow tie! Have we ever seen a bow tie on a gaming mouse from Razer or Logitech? No, those guys don’t even try. The famous practicality of penguins shines here, as the bow tie functions as a toggle, switching the mouse between left and right-handed modes.

Surprising absolutely no one, the Posturite Penguin is one of the most robust, built-to-last mice we’ve tested, it probably rivals the real thing, but we won’t know for sure until we get one of those sent over for review.

Like any penguin, the skin is coated in a synthetic anti-microbial layer that prevents mold growth and foul odors, complementing the smooth surface finish.

We tested the Penguin on CS:GO. Honestly, we weren’t expecting much, after all, CS:GO is the most competitive game out there.

It requires very fine micromovements, an pinpoint accurate sensor, and needs to slide across the mousepad like a dream, with no additional resistance.

So, you can imagine our surprise when we plugged it in, loaded up CS:GO, and it actually turned out that the penguin mouse is totally 100% useless. 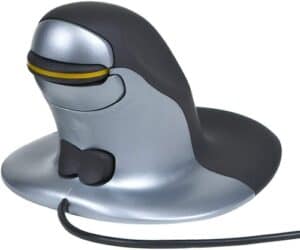 We end the Penguin mouse review in an awkward position. It’s a weird shape, difficult to get used to, and the scroll wheel is well and truly cooked.

The DPI won’t be high enough for many gamers out there, and some will be instantly put off due to the 218g/7.6oz weight, which is around 4x heavier than competitors like the G Pro X Superlight and Razer DeathAdder V3 Pro.

We end the Penguin mouse review in an awkward position. It’s a weird shape, difficult to get used to, and the scroll wheel is well and truly cooked.

The DPI won’t be high enough for many gamers out there, and some will be instantly put off due to the 218g/7.6oz weight, which is around 4x heavier than competitors like the G Pro X Superlight and Razer DeathAdder V3 Pro.

Despite all this, we ended up warming to the adorable phallic bastard bird by the end of it anyway. 10/5. 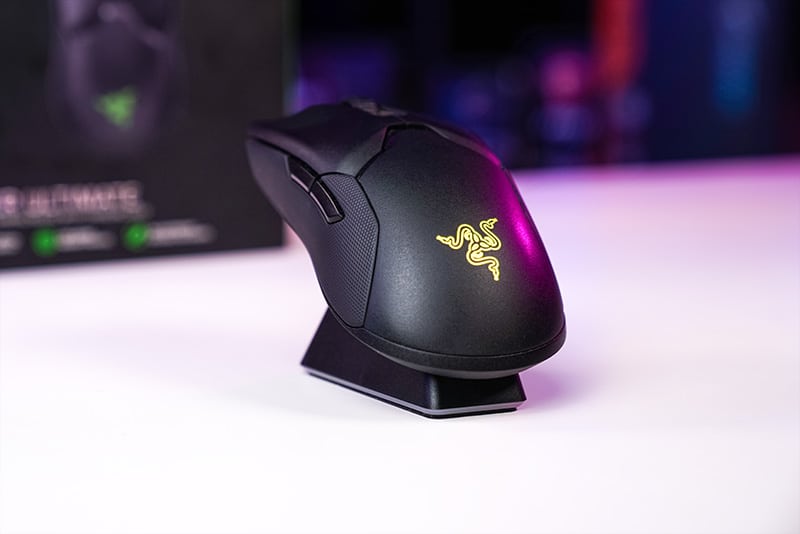 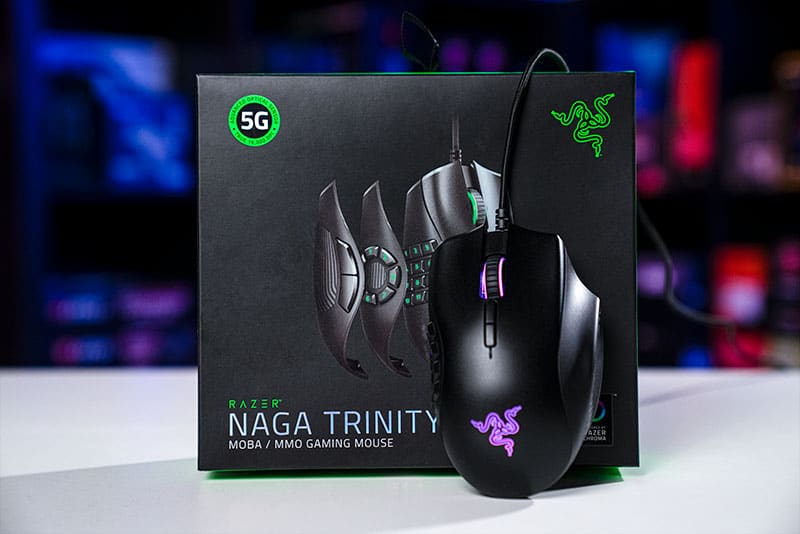 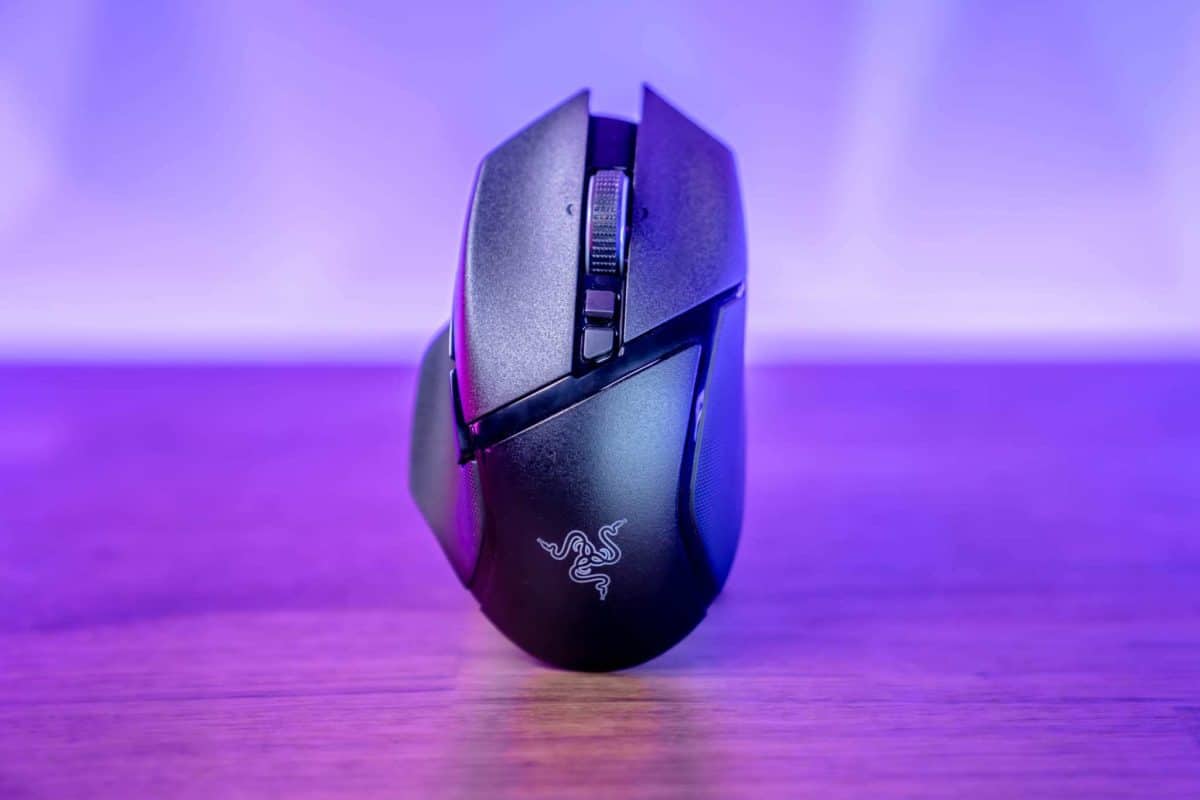 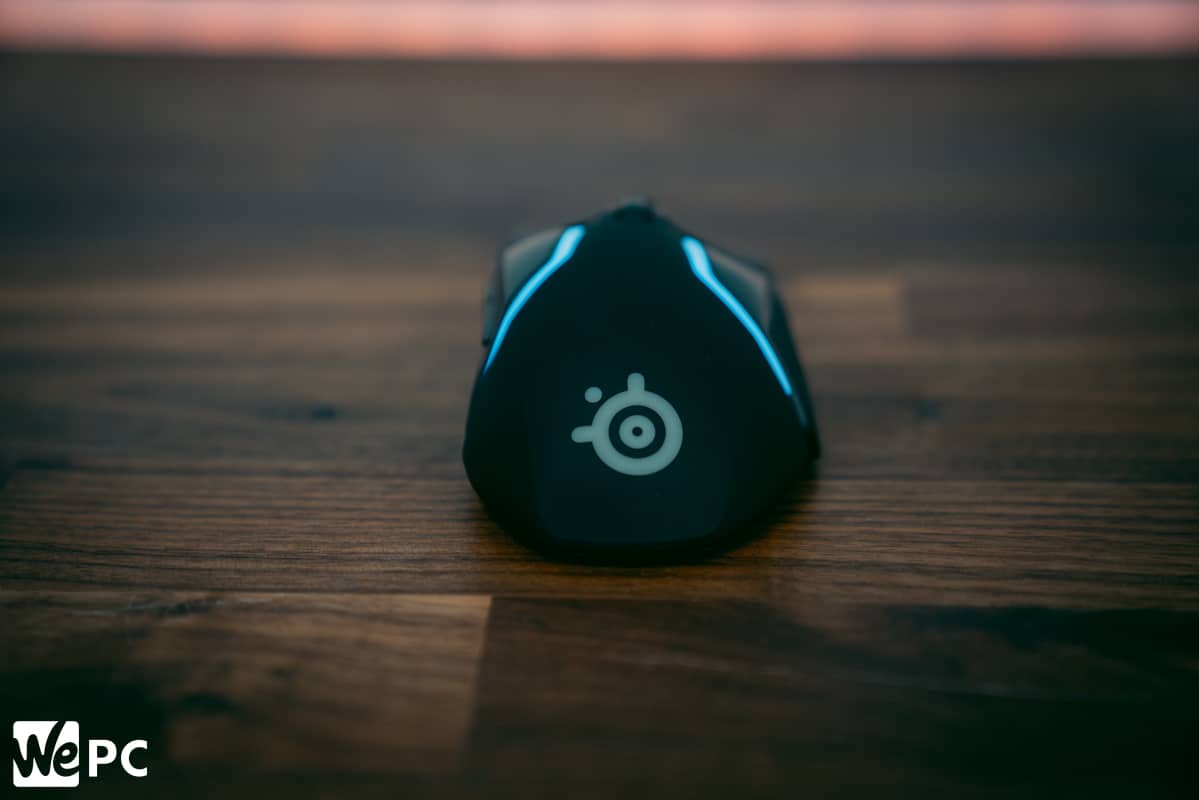