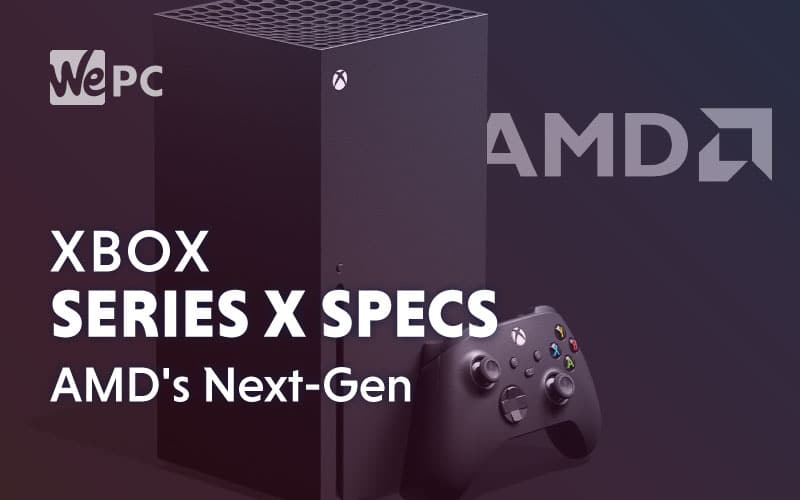 With Microsoft recently giving us a better look at the specifications on their all-new Xbox Series X machine earlier today, this is a great opportunity for us to take a look at how this could reflect on AMD’s next generation of GPUs.

While it won’t even be the case that these specifications or even the hardware involved will align perfectly to the upcoming releases, they do give us a good idea of the type of performance we can expect.

It has been revealed that the graphics card inside the upcoming next-gen console will clock in at an impressive 12 teraflops. When compared to the power of AMD’s current best graphics card, the Radeon RX 5700 XT, this is a 2 teraflop increase.

Xbox executive Phil Spencer also confirmed that the AMD chip which powers the new console will use AMD’s RDNA2 graphics architecture. This architecture will be the successor to the first generation of Navi RDNA GPUs which can be found in the current Radeon RX 5500 XT, RX 5600 XT, and RX 5700 XT lineup.

Some Of The New Features We Have To Look Forward To

Now that we’ve seen some of the specifications we can expect from the upcoming Xbox Series X, we can start to make some guesses about what the future holds for AMD Radeon cards.

It’s likely that a huge focus on real-time ray tracing will be a staple of the upcoming cards. With Nvidia leading the way so far with its RTX 20-series graphics cards, it’s great news that fans of AMD will get the chance to experience it.

Variable-rate shading is another upcoming feature that may help unlock a lot of performance while gaming. This feature has little impact on the quality of the games but will allow the GPU to only shade ‘where needed’. This variable-rate shading has made an appearance in the latest GeForce GPUs already and has recently been included into DirectX itself.

DirectX ray tracing is another feature that is looking more and more likely. Now that it has been confirmed that the latest Xbox console will utilize this, it looks likely that new graphics cards will follow suit.

Finally, it looks like the new Radeon graphics cards will be set to make the jump to HDMI 2.1 rather than staying with the HDMI 2.0b as seen on the Radeon RX 5700 XT.

Now that we’ve had these announcements, it looks like we’ll have to play the waiting game to see what AMD has up their sleeves. We may be lucky and see some leaks ahead of time but for now, it’s always great news when we see such a push forward in performance, especially with next-generation consoles.