If you’ve yet to sample the open-water warfare delights of World of Warships, you're missing out.

For the uninitiated, World of Warships is a naval-warfare themed MMO released back in late 2015, but don't let the comparatively old age of this game fool you - it's a doozy.

Players duke it out in sea-faring war vessels, plotting tactical courses to destroying their enemies with all the strategic brilliance of an admiral.

Should you require a little more convincing, here are five reasons you should be playing World of Warships.

Channeling the heyday of naval warfare of the First and Second World Wars, World of Warships offers no less than 200 ships for players to commandeer and set upon the seven seas.

We have destroyers for those favoring speed, stealth, and attacking their enemies under cover of the waves with destructive torpedoes.

There are fast-firing cruisers designed to both versatile against other ships and airborne aircraft in equal measure, whether it be defending a fleet or spearheading an attack.

Then, there are the massive battleships capable of devastating attacks, but equally able to sustain damage while watching valiantly over the rest of your fleet.

And, finally, aircraft carriers that bridge the gap with the skies by offering a launching pad for aerial attacks, scouting, and coordinating versatile grand battle strategies.

2. Play As One of The 20th Century’s Most Powerful Naval Powers

The ships are impressive, but we'd be nowhere without the grandest naval powers of yesteryear.

In World of Warships, you can play as the USSR, USA, UK, Japan, Nazi Germany, France, and Italy.

Alongside you can play as regional cohorts. There's Pan-Asia bringing together vessels from China, Thailand, Korea, and Indonesia. The Commonwealth allying nations from the former British Empire. Finally, we have a Pan-America faction and a European contingent.

The beauty of offering such a generous spread of nations is that each of them has strengths and weaknesses, adding the strategic depth of the game. One may be better suited to a particular task while failing miserably at another.

We’ve got the ships and the naval powers, but where World of Warships truly comes into its element is the diverse real-world naval battle scenarios, each with dynamic weather ranging from obscuring mist to storm ridden choppy seas.

These sandbox maps are located all over the globe from the polar ice caps to the idyllic turquoise water tropics, by way of narrow straits and the islands of the Aegean Sea, and everything in between. There's even a map set in space with asteroids and a vacuum in place of the seas.

You've chosen your ship, assigned a naval power to your fleet, and chosen a map; now, it's time to jump into battle. In what is among the most thrilling, not to say, intense player versus player combat of any game we've come across in recent years, World of Warships’ online multiplayer component is nothing short of exhilarating.

If it sounds a bit too much, you can also team up with friends and play against bots for a slightly more forgiving experience while you ply your trade as a commander.

While all the above are reason enough to try out World of Warships, the best part is that it is entirely free-to-play. The gameplay also unlocks access to new ships and goodies, rather than having to fork out cash through micro-transactions. It's a grind, but an all too pleasant one.

You can, however, opt for a paid premium account for extra XP boosts or unlock new ships and tech with real-world currency if you are so inclined. 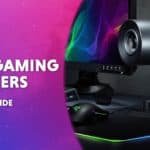 Ditch the headphones, get the best speakers

Sat down for hours? Here are the comfiest chairs

Need a gaming tablet? Here are the best five 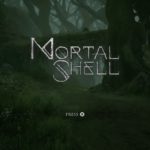