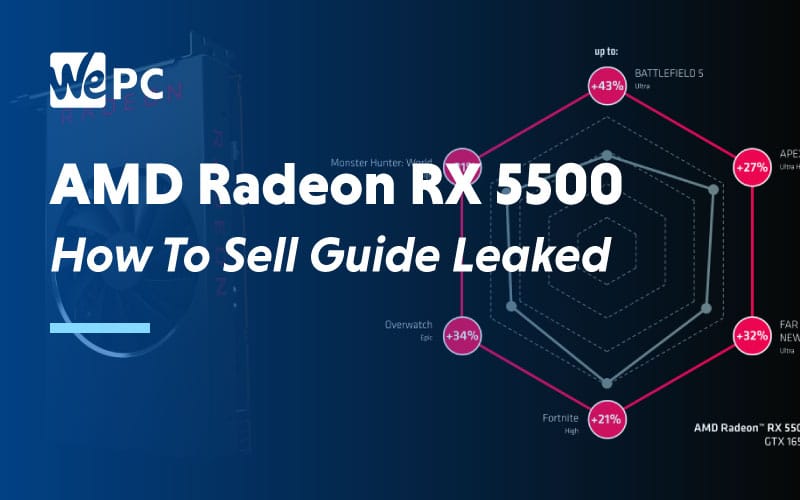 There seems to have been a slight slip-up at AMD over the posting of a ‘How to Sell’ document on their website. This was rapidly taken down but we managed to glean some pretty interesting information before this happened.

We found out early last month that the RX 5500 GPUs will be coming in three versions, but we now have some concrete figures on just how they will perform.

The ‘How to Sell’ document gives some information on just who the card will be aimed at and how to sell it to consumers. According to the document, the RX 5500 will be aimed at “mainstream gamers”, people who want to game at 1080p and those who own AMD Radeon Freesync monitors.

The card is built on the RDNA architecture which the document says is capable of “delivering incredible performance and optimized for visual effects such as volumetric lighting, blur effects, and depth of field” 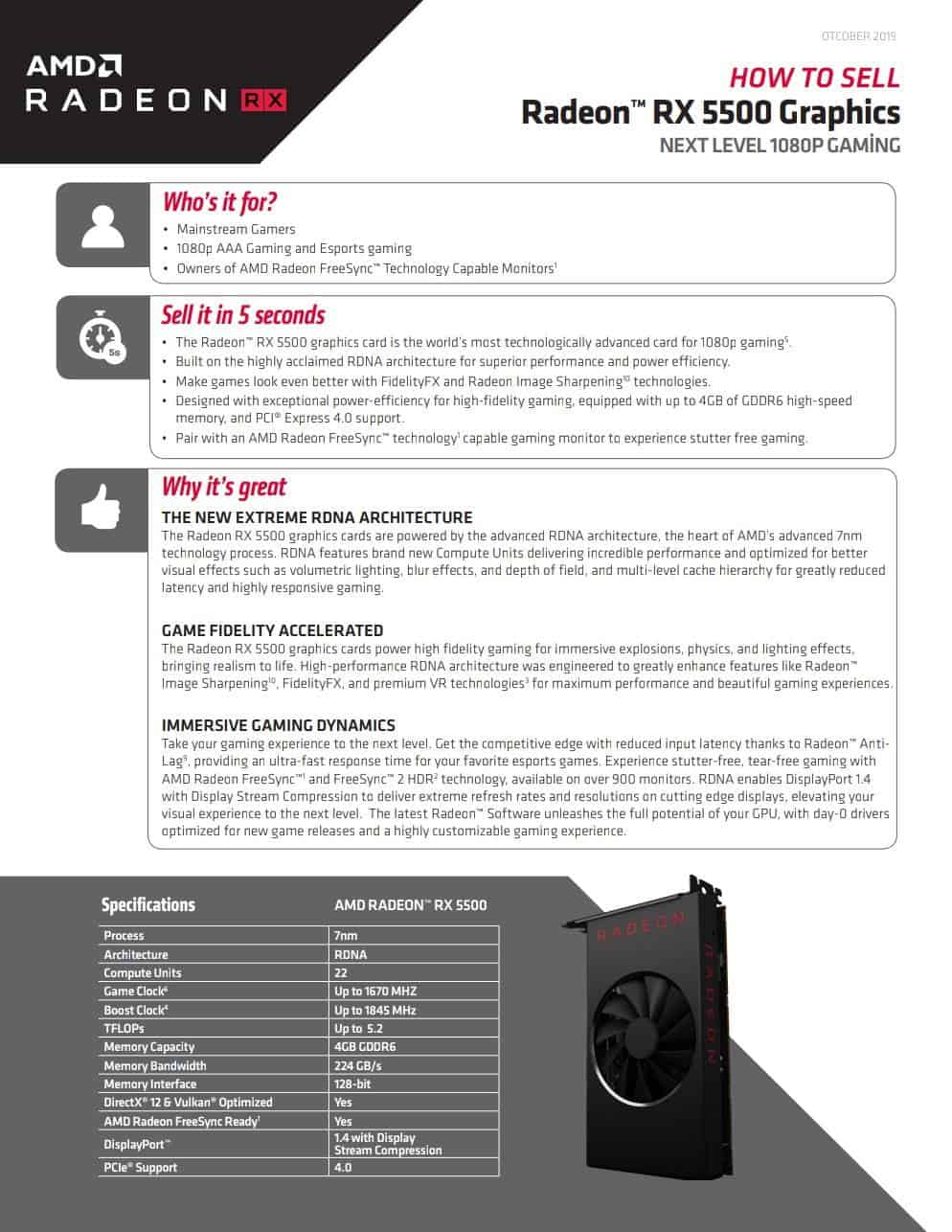 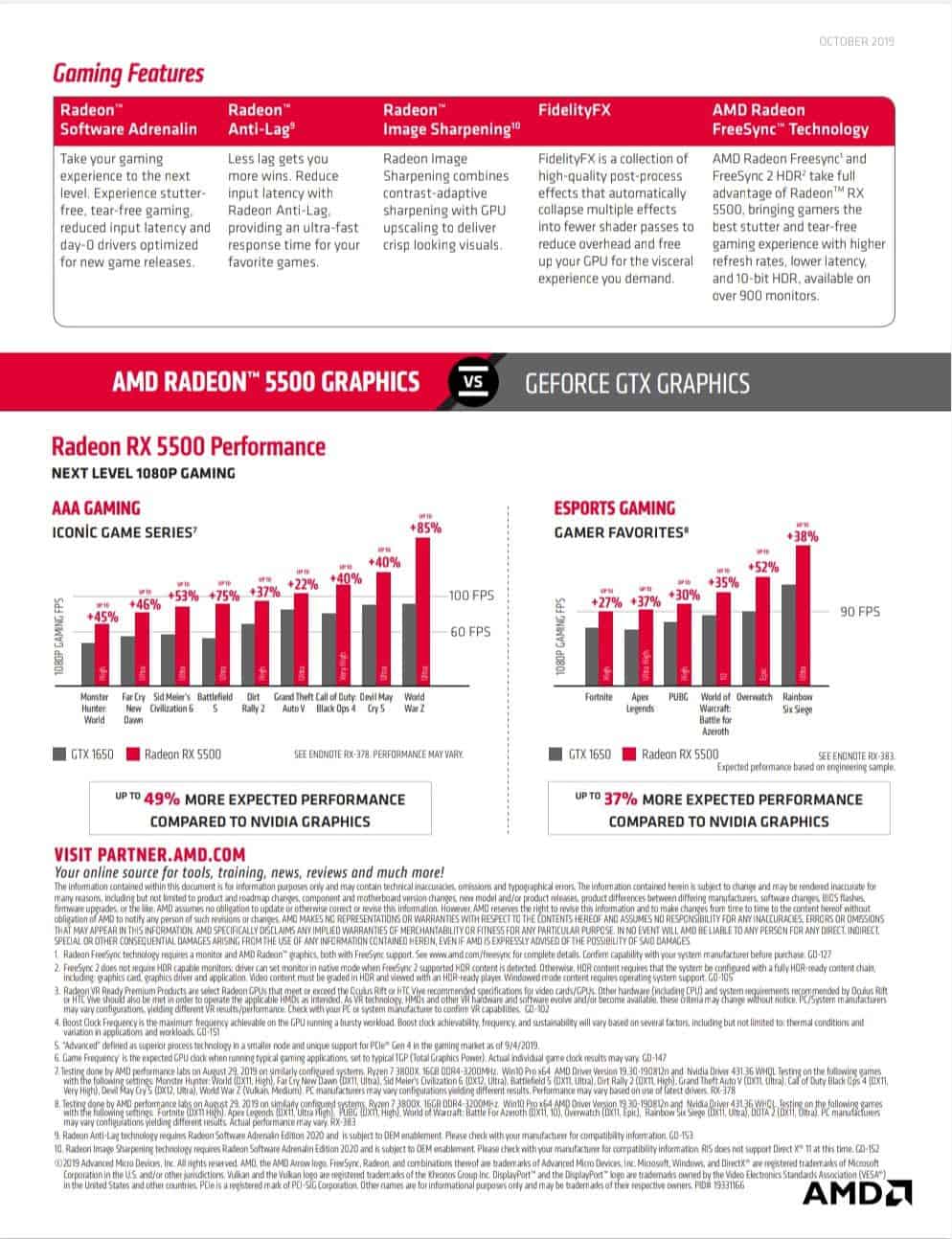 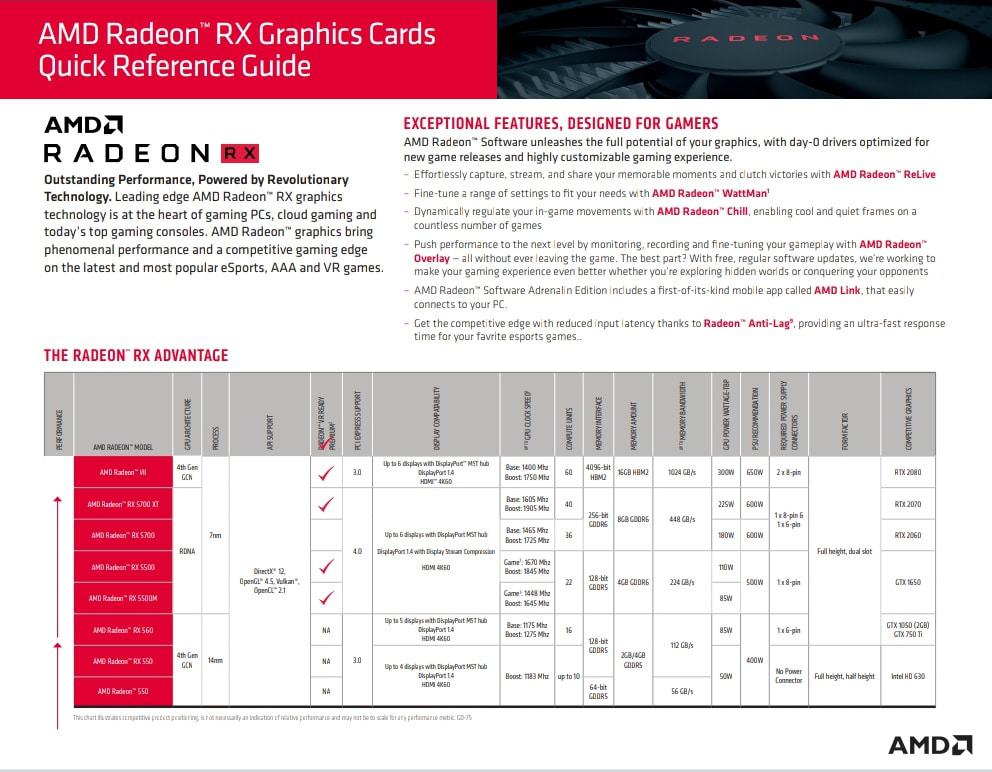 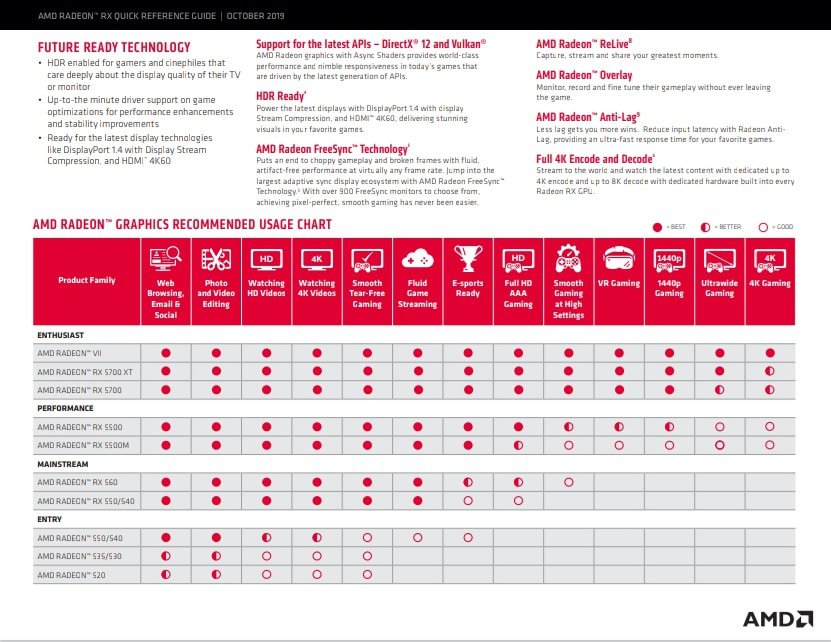 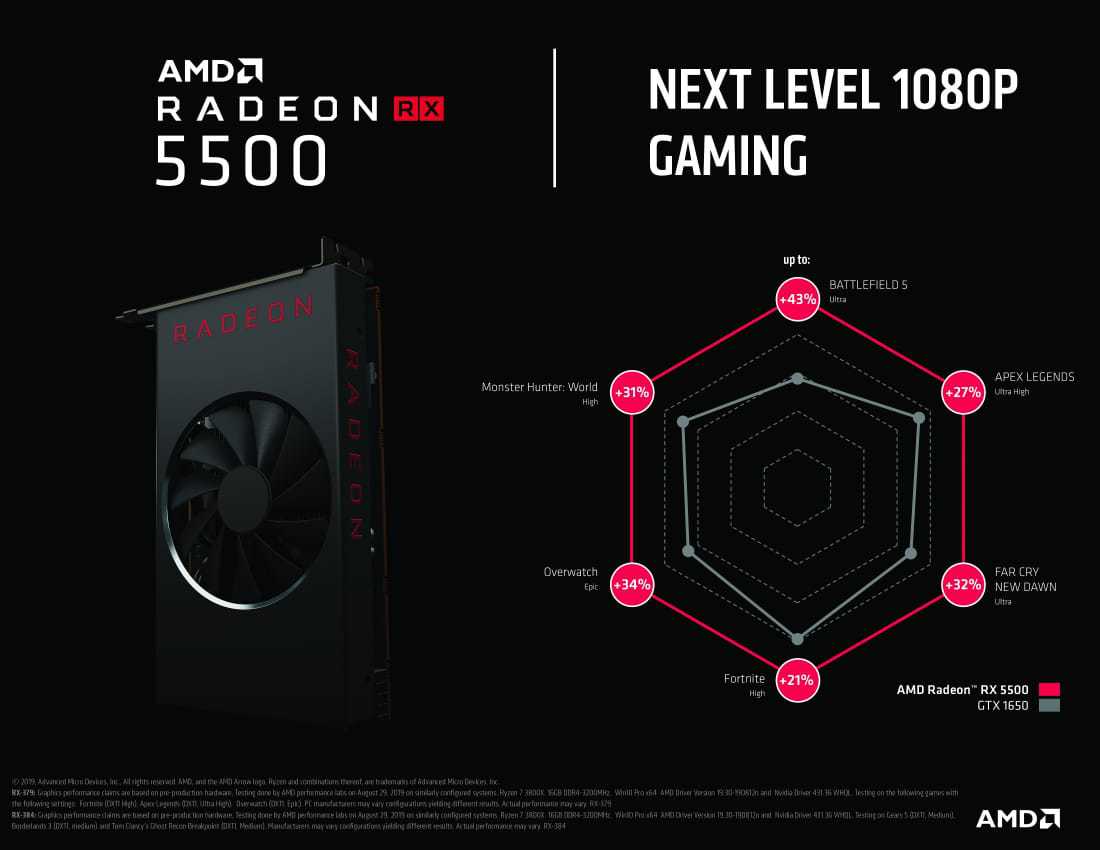 Specifications of the RX 5500

There is also a table of specifications for the RX 5500 which shows a bit more information on how the card will perform.

Finally, when it comes down to power usage, the card will use 110 TBP with a recommended PSU of 500W. This might be the biggest plus point that some users take away from the leak.

The second page of the document contains some information on how this card will perform when compared to its likely competitor – the GTX 1650 when running games at 1080p. The stats show that users can expect around a 40-50% FPS boost on titles such as Far Cry New Dawn, Battlefield 5, Grand Theft Auto 5 and Call of Duty: Black Ops 4.

These new cards will also support all of AMD’s software including AMD Overlay, AMD Anti-Lag, and AMD ReLive.

The RX 5500 falls under what AMD denotes as the ‘performance’ category. They include a handy table which shows that the card can handle web browsing (we’d hope so!), photo and video editing, watching HD and 4k videos, tear-free gaming, fluid game streaming, and full AAA gaming. The card starts to struggle once it hits the realm of 1440p and VR gaming though – for this, you’d need an ‘enthusiast’ card such as the RX 5700

However, with the lineup of new cards coming out from AMD, the fact that this card doesn’t fall as high in the lineup as some users may have wanted might be mitigated if we see a 5500XT release.

With this news coming from a ‘quick reference’ card that will be used to market and sell the RX 5500, we have no reason to doubt these claims. Some users may experience better or worse results depending on their situation, but this is as good as concrete statistics as we can hope for until release.

When it comes down to the price point, we’re hoping that AMD price this card at a suitable point for its specifications. Although they may not have matched up to some user’s expectations, if the price reflects this, it will still be an appealing card for budget buyers.