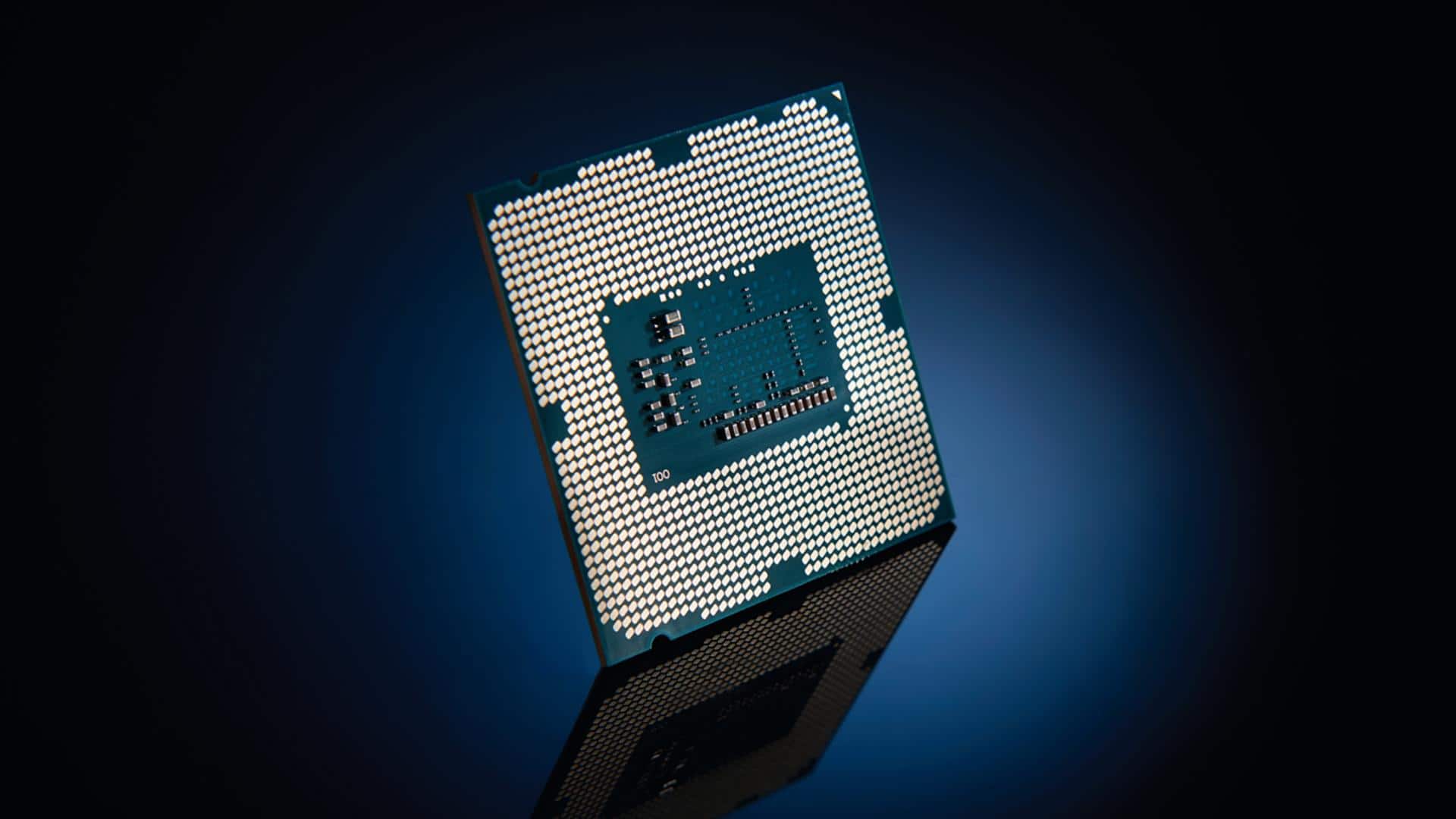 Even though Intel’s 10th generation CPU offerings haven’t been out for too long, that hasn’t stopped benchmarks appearing for the upcoming 11th generation processors dubbed “Rocket Lake-S”.

Late last month we covered some of the first benchmarks spotted for the upcoming Rocket Lake-S processors. These came from serial leakers TUM_APISAK and _rogame who shared findings of the leaked 6 core, 12 thread processor. This leak pointed towards a processor with a base clock of 3.5 GHz and a boost clock of 4.2 GHz.

We now have further information concerning the 11th generation lineup that includes benchmarks from an 8 core, 16 thread processor.

What To Expect From Intel’s Rocket Lake-S Processors

Before we move on to the leaks, let’s just go through some of the cliff notes of what we could expect from this upcoming generation of processors. Intel’s 11th generation of processors will be the next release that will use the LGA1200 socket. This means that users who have recently upgraded their motherboard won’t have to worry.

With the 10th Gen Comet Lake CPUs being PCIe Gen3 only, it’s safe to say that Rocket Lake will support PCIe Gen4 – something that a few Z490 motherboards thankfully already support.

Intel Rocket Lake-S will also be the first CPU architecture to support the upcoming Xe graphics engine. There have been rumors that this graphics processor will be similar to the Gen12 design that we will see in the upcoming Tiger Lake series, which should give us an idea of performance closer to their release.

What Do These New Leaks Show?

These new benchmarks spotted on Geekbench appear to show an 8 core, 16 thread processor with a base clock of 3.2 GHz, and a boost clock of 4.3 GHz. It’s strange to see that the base clock is lower than we saw on the previous 6 core leak, but that could all be down to the fact this is likely another early engineering sample. 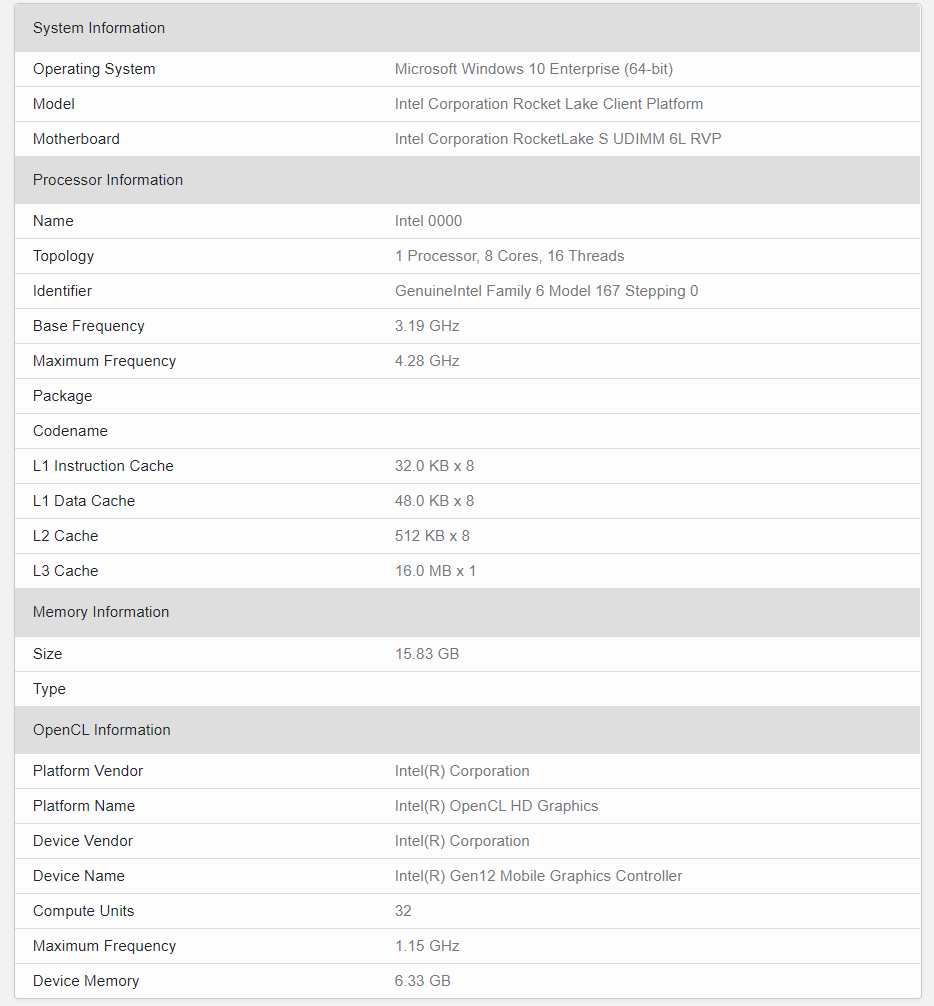 The boost clock speed is a little higher than we saw in the 6 core leak, clocking in 200 MHz higher than the first sample. We can also see some information on the Xe graphics clock speed from this leak, which points towards it being 1.15 GHz. As well as this, are 32 EUs on this chip which results in a total of 256 Unified cores. This is a lot lower than we’ve seen from leaks concerning Intel’s first discrete graphics card, the DG1. This is expected to have 96 EUs and a total of 768 cores.

In an OpenCL benchmark, the Xe graphics found in this Rocket Lake-S chip scores 6266 points. It has been noted that this is actually a slower speed than we can currently find in the UHD 630 from the Core i7-10700K processor which scores 6360 points.

It looks like there will be a lot more work done on this chip in the coming months, so we wouldn’t worry too much about the speeds just yet. It could be the case that Intel is focusing more on the release of the Tiger Lake lineup as they ship out sooner and then passing some of the final optimizations upwards to the Rocket Lake platform.

What do you think of these new leaks? Is it too early to tell just how well these processors will perform? Let us know down in the comments section what you think. In the meantime, we’ll be on the lookout for any further Rocket Lake news.