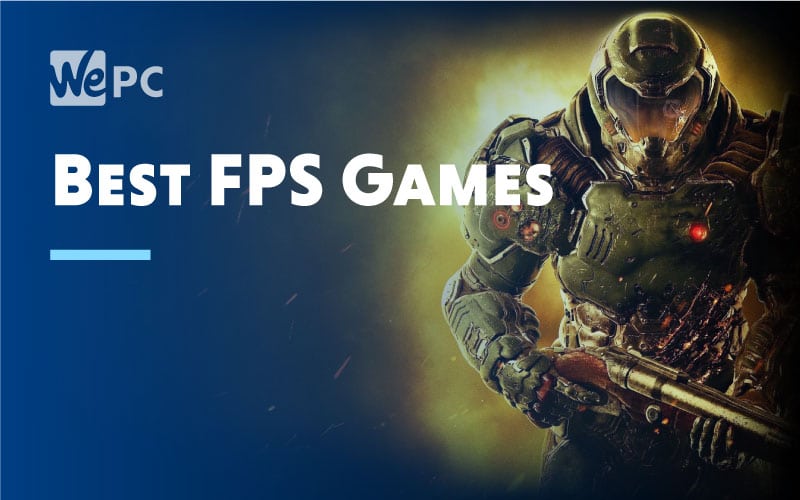 Every once in awhile it’s nice to just sit back, relax and shoot as many things as possible. There’s just something great about the frantic action that can be found in FPS titles and we’ve made sure to include some of our favorites for you to check out today in our list of the 5 best FPS games available in 2020.

From monster slaying to time-stopping strategy shooters, we’ve included a variety of titles to check out which are fan-favorites in the FPS genre.

With the original DOOM igniting many fans’ love for the FPS genre, we were very thankful in 2016 when the reimagining turned out to be just as great. With a great feeling movement system and fast-paced gunplay, you’ll be tearing through hordes of monsters in no time.

You’ll get to use a wide array of guns as well as the famous BFG 9000 throughout the campaign. With the action delivered in very focused frantic bursts, you’ll have to keep your reactions sharp if you want to survive. We're looking forward to the release of Doom: Eternal, which promises to be  amongst the best FPS games released this year!

Superhot isn’t your typical kind of shooter title. In an interesting concept where time only moves when you move, you’ll have plenty of time to deploy Matrix-style tactics to defeat a whole host of enemies - this becomes particularly impressive when you eventually find a katana!

One of the most satisfying parts of the game is once you finish off an area, you’ll get to see a normal speed replay of your godlike powers as you dispatch each enemy. With most enemies dying with a single slice or bullet, the action is fast-paced and difficult at times.

Based on a series of novels by Russian author Dmitry Glukhovsky, Metro 2033 sees players traverse the Russian metro system in a post-apocalyptic world. If you’re scared of the dark, this isn’t the title for you! On your travels, you’ll come across lots of tense moments with radiated monsters and even ghosts in the dimly lit tunnels.

The redux version of Metro 2033 helps bring it up to a more modern level, as well as adding some features from its sequel Metro Last Light. This is a fantastic story-driven shooter which at times can often feel like an RPG with the number of side quests on offer.

If you’re looking for an FPS game to play with a group of friends, there’s nothing more thrilling than taking control of your favourite operator and getting stuck into some tense hostage simulation. While this game has evolved since its release, the core gameplay remains the same, you and a team of players must breach an area in order to save the day.

With a multitude of operators to choose from and a healthy competitive scene, Rainbow Six Siege is a title that you can really sink some time into. The gunplay feels excellent and each of the maps has been carefully crafted to include choke points, encourage tactical gunplay and allow for some destruction while you’re at it.

With an impressive multiplayer experience alongside a captivating campaign, Call of Duty: Modern Warfare is one of the go-to FPS titles for those looking to blow off some steam - that is, until the next one releases.

With missions spanning a number of European cities as well as some familiar settings in the Middle East, you’ll be tasked to take on the role of a number of soldiers to dispatch your enemies. There are tons of weapon configurations on offer in this game as well as a couple of fan-favourite characters, including Captain Price, making a welcome comeback.

That’s all we have for you today, hopefully, one of these titles takes your fancy and brings you some well-deserved enjoyment. If you still can’t find an FPS to play, most of these titles are part of an ongoing series so make sure to check out some of the titles in their back catalogue.

What would you include on a list of best FPS games? Have we missed out one of your favourite series? Be sure to let us know down in the comments section below, you never know, we may be saving it for a different list!