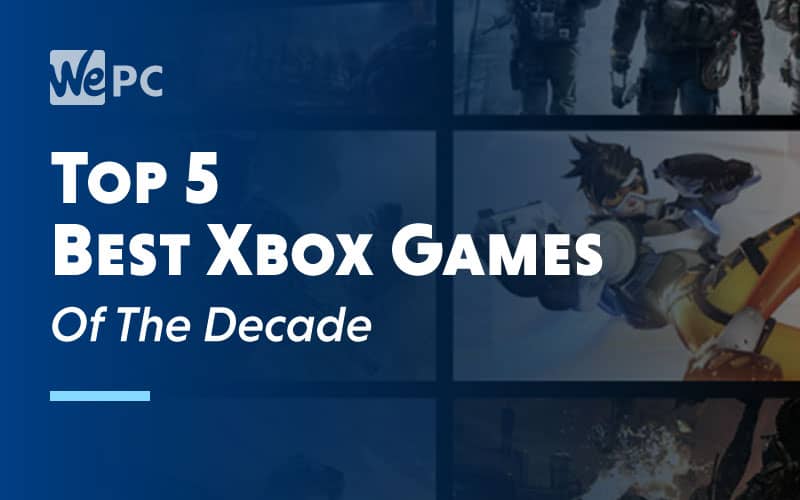 While Xbox may have lost this generation’s console war to the might of Sony’s PlayStation 4 and a positively stacked roster of exclusives drawing in gamers in droves, Microsoft produced some stellar games that are equally well worth celebrating.

With the Xbox Series X set to relaunch Microsoft’s console offering with enthusiasm next year alongside the growing appeal of the Xbox Game Pass service, there’s never been a better time to celebrate the most outstanding entries in the Xbox catalog.

Here are the best Xbox games from the last decade.

With such a storied history, it was difficult to see how the Gears of War franchise could continue to attract players without something spectacular transforming the next entry, and Gears 5 did just that.

Hands down the best Xbox exclusive, this fresh take on the formula brought the series to a new dimension as we follow the story of Kate Diaz as she grapples with her bleak origins.

An excellent single-player campaign with an open-world and endearing cast of characters aside, Gears 5 tapped into multiplayer with gusto bringing a slew of competitive and co-op modes to regale players.

And visually, Gears 5 is by far the most stellar example of everything the Xbox One hardware is capable of when pushed. It’s a shame that the most powerful console released to date had so few opportunities to showcase its abilities.

Rare’s multiplayer pirating adventure got off to a rocky start, with many decrying a lack of content and a disappointing launch. But in the space of the odd two years since launch, a trove of new content has ensured that Sea of Thieves has transformed into a game well worthy of an Xbox exclusive.

Sailing the seas with a band of buddies, engaging in fierce naval battles, and trawling deserted islands for otherworldly enemies and mystical treasures defines the Sea of Thieves experience, and it’s all the better for concentrating on getting these core elements just right.

From sea shanties to desperately plugging up holes in ship amid a frantic battle, Sea of Thieves captures the pirating experience perfectly and injects it with a welcome dose of humor. The almost cartoonish visuals also lend to the sense of childish fun that permeates the game, and with a thriving online community, the game is set to remain as one of the Xbox’s flagship titles for some time yet.

The racing genre is as old as gaming itself, yet Forza Horizon 4 was able to inject new life into that tried and tested formula.

Set in the verdant fields of the British isles, Forza Horizon 4 manages to open up the racing genre to not just delimited race tracks but to a living, breathing world with tons to do and see.

Then there’s the hundreds of cars to collect, creative and wacky activities, and even a Battle Royale mode to spice up an already stacked game.

Easily one of the best racing titles in recent memory, Forza Horizon 4 stands as the jewel in the crown of this decade’s Xbox roster.

It’s difficult to separate Xbox from Halo, the franchise that made its name back in the early 2000s. Carrying on that rich tradition, Halo 5: Guardians brings everything we love about the series to the Xbox One and true to form, does so well.

While the single-player and co-op portion does leave a little to be desired, mainly weighed down by a mediocre narrative, Halo 5: Guardians comes into its element in multiplayer as any Halo title should.

Blistering first-person combat, a wealth of modes, and a passionate fan base, Halo 5: Guardians is the Xbox’s stand out shooter.

Ori and the Blind Forest

Ori and the Blind Forest’s original and breathtaking visuals belie a challenging Metroidvania-inspired adventure that sees the wispy Sein traverse a verdant forest teeming with dangers.

Whether it be the quality of the animations or the compelling story, there’s much to love about the game, and Xbox pulled off a stroke of genius by giving Moon Studios a platform to reach a massive audience. It was a gamble and one that paid off.

Devilishly challenging and unforgiving, Ori and the Blind Forest tasks players with surmounting excellent puzzles and navigating stunning platforming sections. It’s hard but incredibly beautiful at the same time bolstered by a stellar story that will make anyone shed a tear.