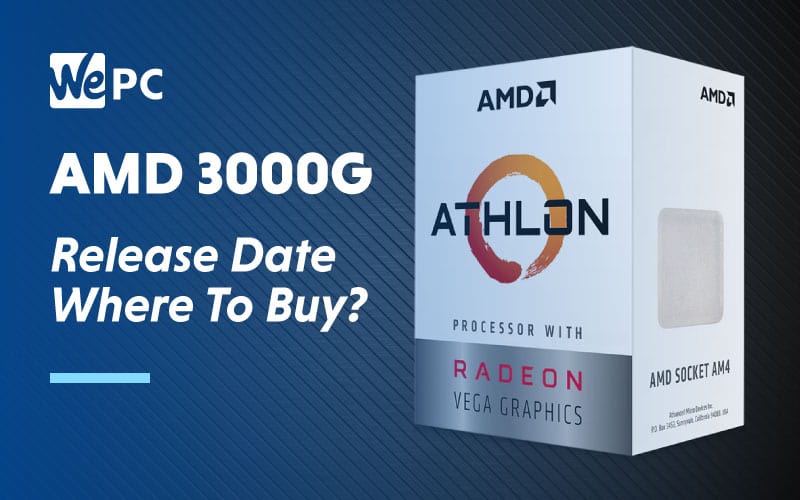 20th November 2019 Update: We’ve just found the Amazon product pages for the AMD 3000G in the UK, see below for more information.

A new AMD processor is on the horizon and will cost just $49! The AMD Athlon 3000G is set to be launched on the 19th of November, to bring budget builders an alternative option. This processor will feature two cores and four threads, with a clock speed of 3.5GHz. While we don’t know the boosted clock speed just yet, we do know that this processor will be fully unlocked with overclocking support from AMD. The chip will also feature integrated graphics in the form of Radeon Vega 3. 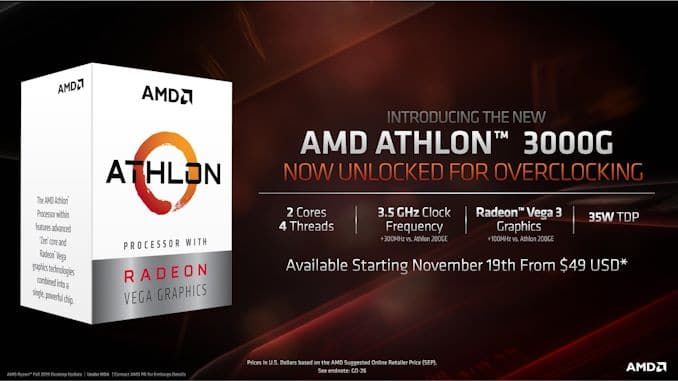 As we did with the previous Ryzen 3rd gen launch, we will be adding all the retailer links for each country worldwide below and updating these as and when the pages become available.

The following is our search link we are using to find the AMD Ryzen 3000G in Amazon US retailer:

If anyone wants to request other countries for us to research and add retailer links for, please let us know in the comment section below.