Paradox Interactive is ‘not satisfied’. 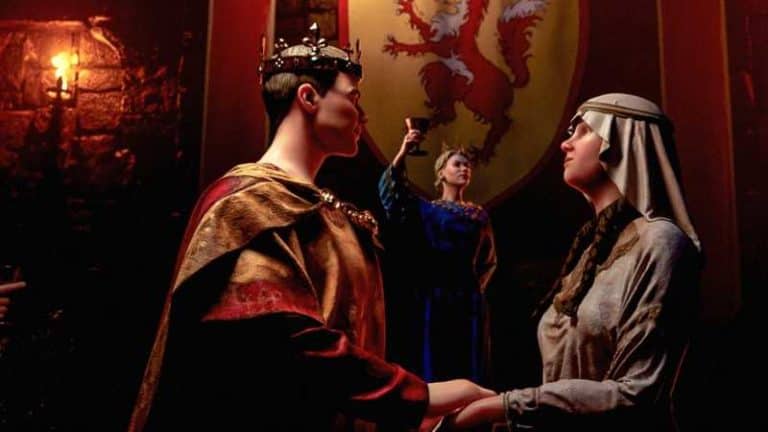 Update: Crusader Kings 3 Royal Court release date arrives on February 8, 2022, as revealed in a recent press release. Also, Paradox Interactive revealed that the DLC comes with a free content update, but we do not know what that details just yet. We will more than likely find out when the DLC is due to drop in two and a half months time.

In other news, the Crusader Kings 3 Royal Court release date came with a brand new trailer, showing off the work on the DLC so far. You can catch the CK3 Royal Court trailer below.

Crusader Kings 3 Royal Court has been delayed into 2022, replacing prior release plans to have it in gamers hands by the end of the year. Paradox Interactive announced the delay on the game’s Steam community page, saying that “This year has been a long and interesting one, to be certain, but we are here all together to make sure that our community gets the product that we have all been waiting for and deserve.”

Paradox followed up by explaining that they are “not, at the moment, entirely satisfied with Royal Court’s progress, especially regarding its stability”, which is a statement that is shockingly forward for a game developer in 2021, but is also much appreciated as a means of knowing what is going on.

It’s refreshing that Crusader Kings 3’s developers are being forward about the content delay and their reasoning behind their choice to do it, and obviously an unstable game needs more work, so the delay is a necessary evil. This doesn’t stop it being frustrating that there is no firm date in place for when gamers can get their hands on the new expansion pack, but it does make the wait easier.

What is Crusader Kings 3 Royal Court?

The Crusader Kings 3 Royal Court expansion introduces a new Royal Court hub area and new game mechanics for rulers at their most powerful. Its primary mission is to add new challenges for players that have mastered the strategy game.

What are Court Artifacts in Crusader Kings 3 Royal Court?

One of the many changes to CK3 Royal Court is a revamp of the artifact system. Royal Court’s new Court Artifacts are now visually flashier than ever before, represented with 3D models of furniture and relics in the real-time hub area instead of 2D images on the player’s user interface.

These new 3D artifacts not only increase your Court Grandeur, but provide extra bonuses that can help out with your ruler’s stats for martial, political, or economic might. You’ll need to actually decorate your Royal Court with them, so it could end up getting a bit ‘Crusader Kings: Happy Home Designer’ if you have a lot of them.

Are you upset by the delay to Crusader Kings 3 Royal Court or are you happy the devs at Paradox are giving it the time it needs? Let us know in the comments below.