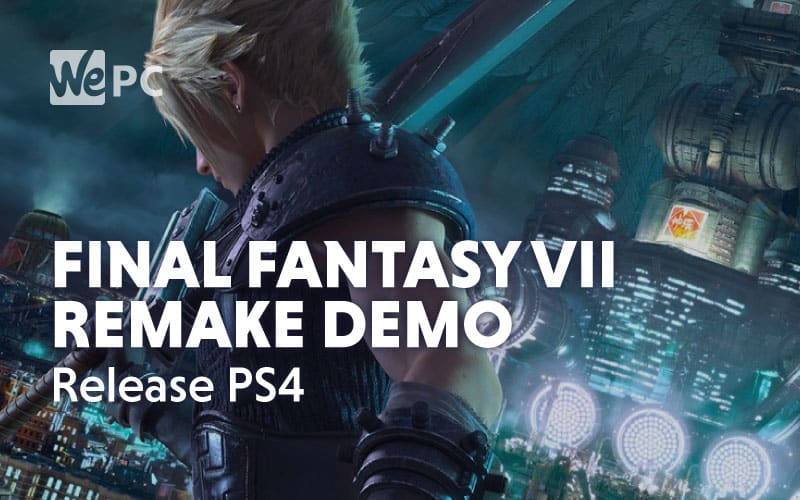 Square Enix recently announced a demo release of the upcoming game via Twitter and said that it would be immediately available on the PlayStation Network worldwide.

What Do We Know About The Final Fantasy VII Remake Demo?

The size of the demo file will be 7.59 GB and will include the first chapter of the game. However, it’s interesting to note that any progress made in the demo won’t be carried over to the main game which means you’re going to have to do some replaying upon release.

The demo is a great way to decide whether you want to buy the main game though when it eventually releases.

On top of the demo release, there will also be an exclusive theme for players who download the demo which will be available from April 11th.

When Will Final Fantasy VII Remake Be Released?

Originally announced back in 2015, the famed remake of the 1997 title, Final Fantasy VII, should finally be released this year on April 10th. This is after a slightly disappointing delay of just under a month from the original release date of March 3rd.

With just a few short weeks away, this demo is good news for fans who want a little taster of what’s to come.

What Will The Final Fantasy VII Remake Be Like?

Square Enix hasn’t given out many details about how many chapters we can expect in the new remake but this demo could give us a better idea of pacing if the chapters are equal in length.

The story will follow Cloud and Barrett as they try to plant a bomb in the Mako Reactor 1. However, what we do know is that the remake we’ll see in April isn’t a full story remake. The game will only cover the Midgar section from the original game. This could be disappointing to some fans of the original 1997 game, but we imagine that Square Enix has its reasons (and a likely sequel lined up).