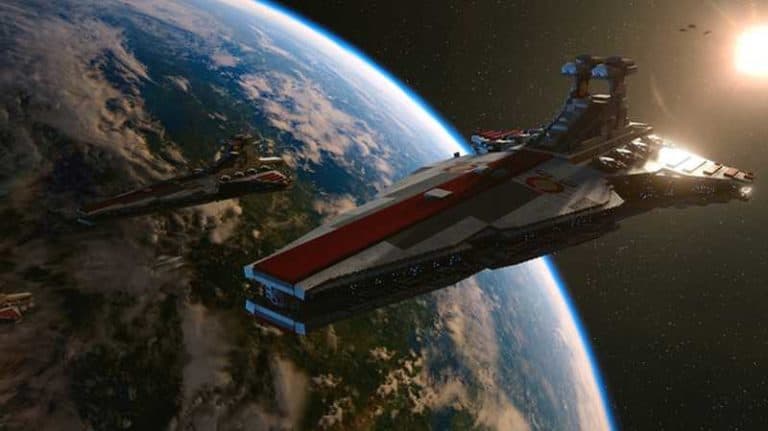 Even gamers who pre-ordered the new Lego Star Wars game on Steam are unable to play with everyone else on launch as pre-load is unavailable, and download doesn’t begin until later in the day on April 5, 2022. So when can you download Lego Star Wars: The Skywalker Saga to PC?

When can you play Lego Star Wars: the Skywalker Saga on Steam?

According to Steam, Lego Skywalker Saga downloads will begin at the release time of 9am PST/12pm EST/5pm GMT/6pm CET, April 5, 2022. That’s almost an entire day late for UK and European players, who won’t be able to load in until the evening.

Don’t forget, as well, that is just the time that you will be able to download the game to your desktop, so you’ll also need to consider download times as well.

When can you play Lego Star Wars: The Skywalker Saga on console?

Xbox and PlayStation players have been able to pre-load Lego Star Wars: The Skywalker Saga, and were then able to play from midnight in their region. Again, looking at European times, this is up to 7 hours earlier than their PC counterparts. Nintendo Switch players should also have access by now. Despite rumors that the game would not be available on Switch consoles until up to 7am PST/10am EST/3pm GMT, downloads should have been possible from approximately 12am PST/3am EST/8am GMT.

If you didn’t pre-order Lego Skywalker Saga, you can still get your hands on the exclusive Luke Skywalker with Blue Milk minifigure as it’s available as part of the Deluxe edition of the game. Check out our full guide to the Lego Star Wars: The Skywalker Saga Editions and how to buy.

When you have snapped up a copy head over to our complete list of Characters and vehicle unlock codes – Complete List for Lego Star Wars: The Skywalker Saga