Purely cinematic and captured via the new Slispace in-game engine, the six-minute trailer depicts a stranded pilot as he contends with the tribulations of floating through the dead of deep space. His UNSC Pelican detects a friendly signal that turns out to be none other than franchise stalwart, Master Chief.

The pilot succeeds at frantically trying to revive the supersoldier and simultaneously power up the ship. All's not well as the pilot reveals a fractured Halo ringworld through the cockpit window. In true Halo style, Master Chief vows to take matters into his own hands.

The attention to detail in the Halo: Infinite trailer is exceptionally apparent, as is the quality of the facial rendering, Master Chief's suit, and the Pelican's cockpit. Whether this is what we can expect from actual gameplay remains to be seen, and it's always best to take these trailers with a healthy dose of salt, but it's a reliable indicator of the processing capabilities of Project Scarlett.

From what we know, the story picks off from the events of Halo 5: Guardians taking the franchise in "in ambitious, unexpected directions." Developer 343 Industries is calling it a "spiritual reboot" that marries a future-focused vision while retaining the core that defines the Halo experience.

Halo: Infinite will act as a flagship launch title for Project Scarlett in very much the same way as Halo: Combat Evolved did for the original Xbox way back in 2001. The logic behind the move is to offer potential gamers an unmissable title that will sway them towards investing in the next-gen Xbox over Sony's PlayStation 5 which is expected to release during the same period at the tail end of 2020.

Microsoft says Halo: Infinite will launch simultaneously on Project Scarlett, Xbox One, and PC. If the Xbox One version is a stripped back version has yet to be detailed. 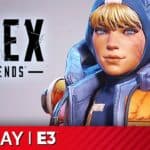 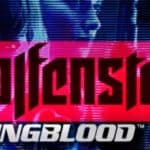 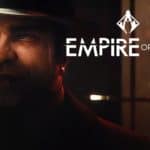 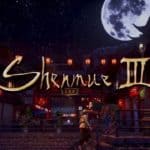