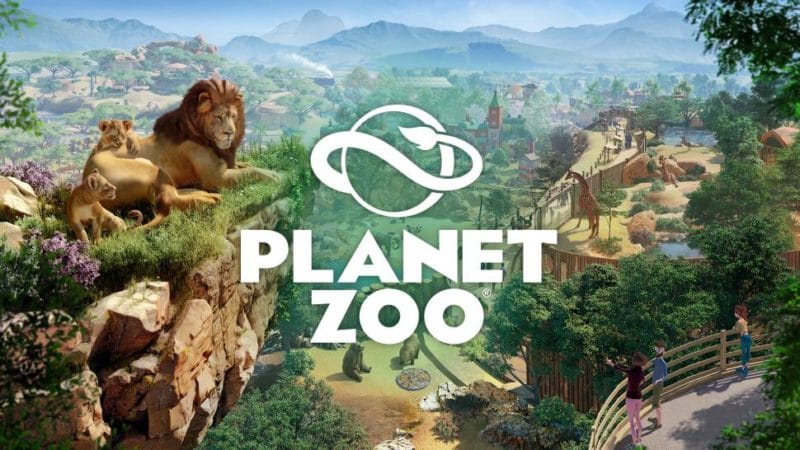 Although officially announced back in April, this is our first proper look at what Planet Zoo entails. The gameplay is unabashedly similar to Planet Coaster; players carefully construct their park but do away with nausea-inducing coasters in favor of over 50 species of animals. Hippos, zebra, bears, wolves, elephants, crocs, spiders, chimps, giraffes, and more.

The animals are the stars of the show with a heavy emphasis on realism, conservation, and animal welfare. Frontier is promising among the most realistic animals ever seen in video games, a tall order, but one the developer is well equipped to realize.

There will be exhibitions, research and breeding programs, and the ability to release animals back into the wild. As for the guests, they are stylized on those from Planet Coaster but with new animal-focus measures to keep track of such as a desire for education while visiting the zoo.

How you design the habitats impacts the animals’ well being, as do weather conditions and how you use specific editing tools such as terrain or access to water. They each have a defined set of needs that must be met as well as unique temperaments and habits. They react in real-time to how their enclosures and the park at large evolves.

For example, wolves will move in packs and seek the warmth of caves during snow storms, while keeping enclosures clean by regularly removing droppings is crucial to their happiness.

Planet Zoo will feature an abundant set of tools that allow the player to curate the park down to the smallest detail from more substantial landscaping additions like lakes and caves down to the length of the grass and the type of trees and everything in between. Choose the right combination, and the animals will strive. The developer says there will be different layers to the management from big picture decision making to hands-on tinkering of the tiniest facets of zoo keeping.

Planet Zoo launches on November 5th this year via Steam. A beta is in the works for this summer, so keep your eyes peeled for a chance to jump in early.