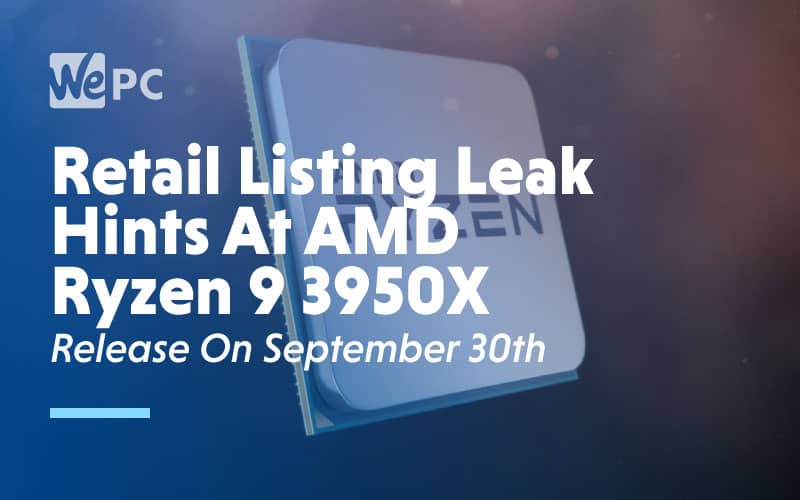 We’ve known for some time that the AMD Ryzen 9 3950X CPU is slated for release sometime this month, but AMD has stopped short of providing a firm date until now.

However, going by a listing on German storefront Digitec, we may not have long to wait. According to the site, the AMD Ryzen 9 3950X is launching on September 30th and is listed at 999.00€.

You’ll agree that’s a hefty down payment for any processor and is presumably no more than a stopgap in anticipation of receiving a definitive official price from AMD, which is expected to be around the $750 mark going by what was shared with the press when the AMD Ryzen 9 3950X was announced back at E3 in June of this year.

As always take the news with a bucket load of salt as it remains unconfirmed. What is certain is that the AMD Ryzen 9 3950X will release at the latest on September 30th, barring any delays on the manufacturer side. Expect an announcement from AMD before long.

It’s one of the highest core-count, not to say one of the most powerful, chips AMD has ever shipped expressly targeting the mainstream consumer. The price is high but should suit professionals and gamers looking for a cheaper alternative to the AMD line of HEDT chip processors.