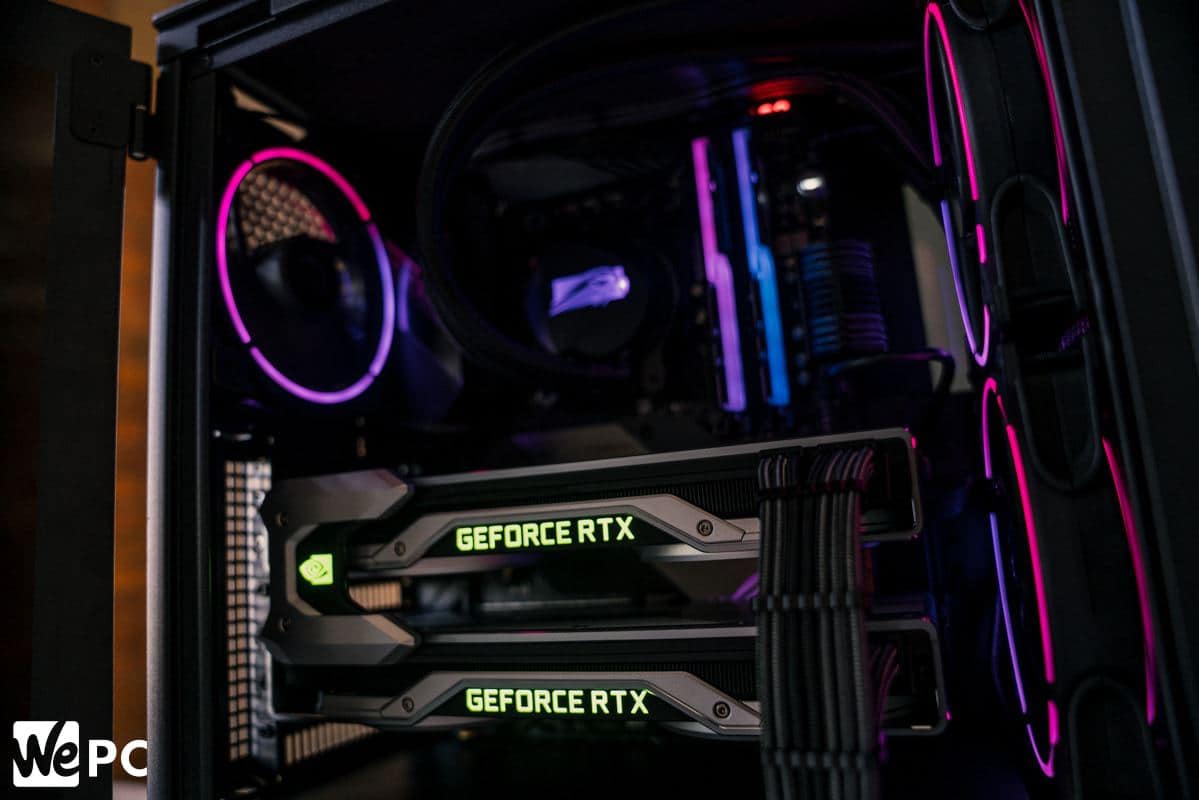 All in all, 2020 has been pretty crap so far, and I think we all know the many, many reasons why. Let’s put all that to one side for now though, and focus on what upcoming bits of technology we have to look forward to seeing and using in the Summer of 2020!

PC building is a game that’s constantly changing, and in case you were wondering the answer is; ‘yes, there are newer and better PC parts released pretty much every month.’ The thing is, it can be hard for someone to wade through the slew of announcements that take up PC building and gaming news feeds to find what’s important, and learn which bits of hardware are worth getting excited about – especially if you are new to the hobby.

Keep that in mind as we run you through the tech releases and reveals that we can’t wait for this Summer.

So far what we know about the Ryzen Zen 3 is all based on rumors, and leaked information that we should take with a grain of salt. That being the case, when we say that Zen 3 looks very promising regarding the future of AMD’s Ryzen series, we mean it.

It looks like the Zen 3 will either be releasing later this Summer or possibly during Q3 – but it is apparent that the Ryzen 4000 series processors will be dependent on the Zen 3 architecture – which marks a consistent approach to the release that AMD has taken since the release of the Zen 2 architecture last year.

In terms of what people are expecting from the Zen 3 architecture, we are reasonably sure that the improved 7nm+ process is going to offer higher clock speeds whilst not sacrificing its low power consumption. There are also rumors floating around that AMD is going to be introducing a new level of ‘simultaneous multithreading’ – which would allow for one core to handle multiple threads.

All exciting stuff, but the real question is when are these chips going to release, and how much are they going to cost? Sadly, all we can narrow it down to at this stage is that it’s going to be released at some point this Summer (or possibly just after, COVID-19 depending). As for price though, a lot of signs are pointing at a similar price point to what was attached to the Zen 2 releases. So, expect anywhere between $99 (the launch price of the Ryzen 3 3300g) to $749 ( the launch price of the AMD Ryzen 9 3950X).

Keep an eye out, but with this Summer being a little off-kilter in terms of announcements and conferences all eyes are on AMD for the announcement of their Zen 3 architecture.

It seems only fair that after I talk about AMD, we give some mention to their main source of competition; Intel. Intel are great CPU producers (as if you didn’t know), and this Summer we are due to see the brand new Tiger Lake CPUs released to the public.

The Tiger Lake CPUs will be Intel’s third version of a 10nm chip, shipping with refinements on the traditional 10nm structure we are all familiar with. That means a low base clock with a lot of room allowed for overclocking, something we can’t wait to benchmark and compare against its competition and predecessors.

As far as rock-solid information about the Tiger Lake CPUs goes, we are aware that the chips are going to feature better wireless connectivity than ever before – with integrated Wi-Fi 6 as well as Thunderbolt 4 technology, which is going to give the chip a 40Gbps  bandwidth, plus much wider and simpler connectivity options in general.

You can also look forward to USB 4.0 connectivity included on the Tiger Lake chipset, so that when the new USB connection type launches in full this Q4, your Tiger Lake chip will be totally ready to work with all of the new devices that will promote that connection.

Outside this information, all we have to base our specs on are the rumors we have seen coming from insiders regarding what Tiger Lake is capable of. For example, there are some strong whispers that the Tiger Lake chipset will be capable of supporting LPDDR5 Ram. This is important for a few reasons – the first being that it will drastically increase the chip’s transfer time whilst allowing for a reduced need for power. Promising, but we will have to wait and see, especially considering that DDR5 RAM isn’t quite ready just yet.

You should also know that the Tiger Lake processors will feature integrated graphics, with some reports saying that the AI present on the chip (alongside the Intel Xe Graphics) will be capable of shifting processing power between the CPU and GPU at a moments notice, diverting power where it is needed immediately.

All we know is that we need to try these chips out against the competition, and see how Intel’s latest chipset compares to the others on the market today.

It’s Summer and that usually means we can expect a slew of new tech to be revealed at all the different events that take place, and with that comes the months beforehand where everyone sits around and talks about all the different rumors floating around about what’s due to be announced. And this year, one of those rumors is that Nvidia could be debuting its Ampere tech and their GeForce RTX 3000 series graphics cards this Summer.

So, what do we know so far? Well, apparently Nvidia were set to unveil all of this tech way back in March, as part of their annual GTC conference. Why didn’t they? Should be obvious at this stage. Coronavirus. Nvidia canceled their GTC, and with it, the reveal/production of the Ampere tech and the 3000 series GPUs.

That was only a temporary measure though, and according to the various and trustworthy rumors out there, Nvidia will actually be revealing all of this tech in August. All of this info is courtesy of Tweaktown – and of course, we should take it all with a grain of salt as we should all rumors, but we have faith. It’s also reported that after the reveal of Ampere in August, we could see a full launch planned out for the rescheduled and re-organized Computex in November. All very exciting stuff, and in the midst of a global pandemic I think we can all understand a little more patience.

So, that takes care of the “when”, but what about the “what”?

Well, the reason we are so excited to see the new Ampere architecture is that it’s so closely tied into the RTX 3000 Series Graphics cards that are on their way. This means that, of course, we will be seeing the Nvidia GeForce TRX 3080 Ti. If you haven’t got a clue what a 2080Ti is, then all you need to know is that it’s the top of its class when it comes to graphics cards – the crème de la crème.

So, what kind of advantage is the 3080 Ti going to have over the 2080 Ti – a card that already dominates the market?

Reportedly the 3080 Ti is up to 40% faster than its predecessor, and that it could have 18 Gbps more video memory available – all exciting stuff, especially when you consider the different types of insane effects like Ray Tracing that have been made possible with the current incarnation of GPUs from Nvidia.

It remains to be seen what will be coming with the 3080 Ti in terms of full specs, but with the next generation of consoles launching so soon it will be interesting to see the reaction of the console purists out there, and how PC gaming will be able to compete with the processing and RAM power of the PS5, which has reportedly stunned and pleased game devs pretty universally.

Obviously, the 3080Ti won’t be the only card launching in the 3000 range, and we are sure that all of the different cards from across the catalog are going to be huge improvements on their predecessors, and should hopefully advance graphical settings on PC for gamers of every level.

Whether or not AMD choose to release their RDNA 2 range this Summer is up for debate, but with Nvidia not-so-subtly making moves to release their new 3000 range of cards soon, it’s not so unfeasible that AMD might choose to copy them, and put their card on the market to compete.

So, what is the RDNA 2 range? Basically, it will be AMD’s next range of dedicated GPUs to hit the market following the RDNA 1 lineup that came to shelves last year.

What makes this line of GPUs notable? Well, for one thing, it’s going to be the architecture present in these cards that power the next generation of consoles, both the Xbox One X and the PS5. AMD is also going to be providing the CPUs to these machines, so it’s safe to assume that whatever is powering the next-gen of consoles is going to run very smoothly.

In PC though, it’s a little hard for us to say right now what the second wave of RDNA architecture will bring. We do know though, that AMD’s team has been working hard to stabilize and optimize the efficiency ratings of their new cards, so expect much better power conservation readings than the first wave.

There has also been talk of Ray Tracing in the new cards. Why is this important for gamers as a whole? Because it means that the importance of owning an RTX ready card is steadily lifted from the shoulders of gamers who want to enjoy Ray Tracing in their games, diversifying the market and making it more affordable to others who want to enjoy ray tracing without getting tied to Nvidia.

So, with Computex on the way, we could see Dr. Lisa Su come out on stage and introduce all of these new cards and their features at the same time as Nvidia drop their 300 series cards – but even if that isn’t the case we still have hope. Why? Because both Sony and Microsoft are going to be demoing their new consoles in the coming weeks, which will be running RDNA 2 in both of the systems.

Now, this next bit might upset some console folk. But just try to bear it. But traditionally, console architecture and hardware has always lagged a bit behind PC tech – and whatever we see in the new consoles is only going to beat out by higher-performing graphics cards in PCs in the future. Basically the Sony and Microsoft shows that are in store for us are a benchmark to predict what the rest of the RDNA 2 lineup will be like, and how it will perform.

For now, these are going to be the biggest releases and demos of the Summer, and the bits of tech that we can’t wait to see I much more detail. This could all change though, with developers and companies now conducting their own expos throughout the next few weeks to make up for the litany of canceled events in the wake of Coronavirus – and as always, Computex will give us a good idea about what we can look forward to in the coming months for PC gaming.

But, maybe you aren’t too excited for tech, your more into the upcoming games this Summer?  Don’t worry, we have all the best upcoming releases right here. Looking for more information on this Summer’s digital events, and when they take place? We got them listed too. If you think that we are missing something major on this list though, or want to see us cover something in the Summer we aren’t already just let us know in the comments below!