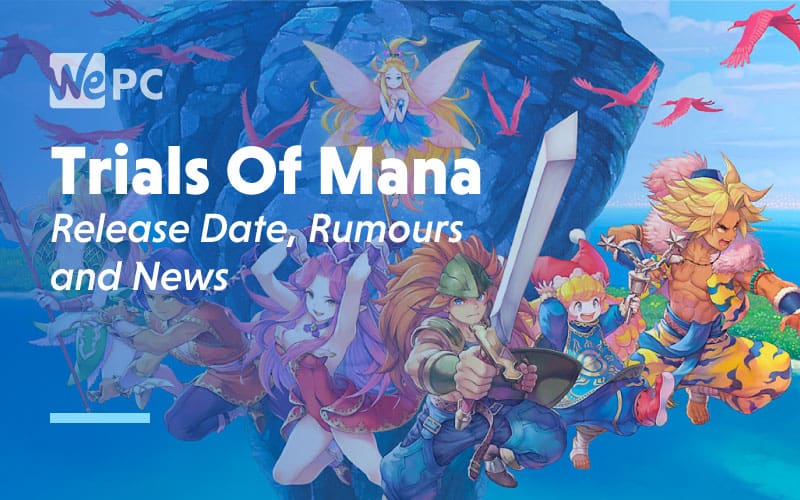 Everybody seems to love a remake these days. That’s not sarcasm, I love them too! Especially remakes of games I didn’t have the chance to play but always wanted to. Trials of Mana is a game that was originally released back in 1995 under the name Seiken Densetsu 3 and never made it to western audiences.

Trials of Mana is listed to come out April 24th, 2020 on the official Nintendo website. Being a remake and not a remaster of the original game will make this an interesting play. This gives the creators a little bit more leeway when designing the game as some of the features that may have been groundbreaking at the time, now feel a little dated.

This remake is due to come out on PS4, Nintendo Switch, and PC. Hopefully, we will see an Xbox One edition sometime in the future but we’ll have to wait for more news on that one.

Not to be confused with The Collection of Mana released earlier this year, Trials of Mana is set to release next year with a whole list of updated features. The HD versions will come with a completely reworked combat system, in 3D of course, as well as the ability to change your characters’ classes.

This feature is a staple of JRPGs and it’s a great addition to what looks like an already great game. The title will also feature voice acting and a remastered soundtrack. As with most remakes or remasters, we should expect the main storyline, characters, and progression to stay the same, which is a good thing!

Hopefully, we will also see some level of post-game content that we see in titles such as the Final Fantasy series, as well as additional character interactions, missions, and items that the game didn’t originally contain. Additions like this are what really make remasters stand out when done well. After all, if it’s exactly the same game you played 20 years ago, you might be a little disappointed.

If you are the pre-ordering type, you can get yourself a set of downloadable wallpapers… but you will probably find more use with the included Rabite Adornment (DLC) which, when worn, allows the player to gain an experience boost after battle. I quite like the fact that this caps at level 10 which makes it less of a ‘pre-order boost’ than it would be if it was uncapped.

Overall, this looks like a solid release if you are into the classic style JRPGs. This remake looks like it will capture all the charm of the original and finally allow players to experience it if they missed out the first time.

Even if you aren’t a JRPG fan this might be a worthwhile title to look at, after all, there’s a reason it’s being remade! The updated mechanics will give the game a fresh feel and hopefully allow new players to the genre to feel at home.

We’d love to know whether you’re as excited as us about this upcoming release. What do you think of game remakes? Is there a place for them or are they best avoided?